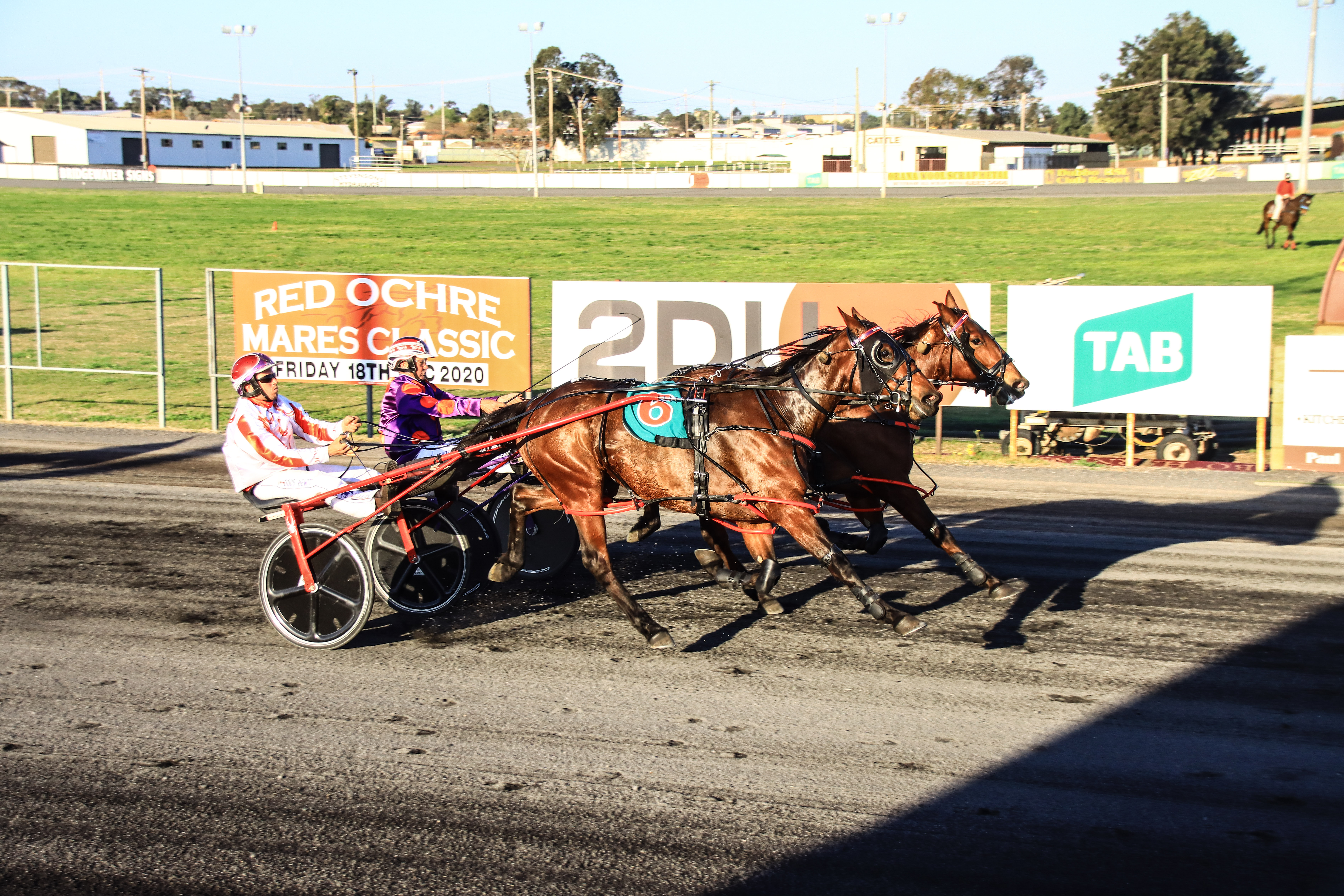 breeders challenge9 Newcastle37
THE 2020 New South Wales Breeders Challenge is only a week old but already there has been some impressive performances by a number of...

THE 2020 New South Wales Breeders Challenge is only a week old but already there has been some impressive performances by a number of two-year-olds that now progress onto the semi-finals.

The series kicked off last Thursday night at Penrith with two strong wins in the qualifying heats.

Well-bred filly, Arma Renegade simply won as she liked in the Bling It On Fillies heat, rating 1.55.3.

Trainer-driver Brad Hewitt went into the series full of confidence with the daughter of Captaintreacherous and Arma The One and she did not let him down.

But it was the effort of Tasty Delight in the For A Reason Colts and Geldings division that had everyone gasping for breath.

The Bathurst Gold Crown winner worked hard in the run before engaging in a two-horse war over the final 400 metres where he refused to give in, scoring by half a head to post a 1.54.4 mile rating.

At Leeton last Friday, David Kennedy and Jackson Painting combined to win the Riverina qualifying heat for the colts and geldings with Rocknroll Runa, which led and gave his rivals a pacing lesson, rating 1.56 in a slashing win.

Im Presi Belle (Will Rixon) was far too classy in the fillies’ heat at Leeton, scoring by 14 metres.

Bathurst trainer Bernie Hewitt came up with a unique result at Dubbo on Sunday when two of his youngsters dead-heated in the Soho Valencia Fillies Heat.

Judges studied the photo at length but could not split Iamajoyride and Beta Jewel.

Again, it was the colts and geldings that shone at Dubbo, when they ran the race at breakneck speed to record a class record of 1.57.2.

He Aint Fakin (Anthony Frisby) overcame a tough run outside the leader to score by seven metres over Warrawee Drinking (Steve Turnbull), which sat three-wide for the entire trip.

The series continues over coming weeks and judging by what we have seen so far, harness racing followers are in for some exciting juvenile racing.

This afternoon there is no feature races, but the Newcastle club has a strong nine-race program which concludes with the Mates 4 Harness 2yo Pace.

Roy Roots Jnr has the two fancied runners engaged in the race, including last-start winner Kendys Butterfly and the lightly-raced Lets Blaze.