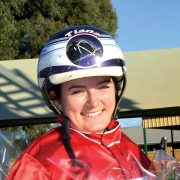 Bride on the track, but when is the wedding?

HAVING played the bridesmaid “three or four times” during the previous week, Tiana McMahon was pleased to become the bride last night. Following a string of drives which resulted in placings, McMahon was triumphant with underrated filly Aces Daughter at Globe Derby. Causing an upset as the rank outsider,... END_OF_DOCUMENT_TOKEN_TO_BE_REPLACED 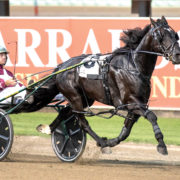 Tough times ahead for consistent pacer

LIFE is about to get tough for consistent pacer Arma The Gun. Triumphant at Club Menangle last night, the Brad Hewitt-trained pacer is headed to open company which will “be a lot harder” on the son of Village Jolt according to the astute horseman. “It will be a lot... END_OF_DOCUMENT_TOKEN_TO_BE_REPLACED 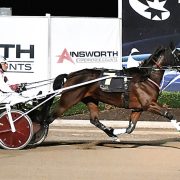 CLASSY trotter Sassy Pants made an impressive racing return at Club Menangle tonight. First-up since last October, the Tim Butt-trained mare captured the Group Two The La Coocaracha in effortless fashion. Thrilled with the five-year-old’s performance, Butt plans to give Sassy Pants a short campaign ahead of another freshen-up... END_OF_DOCUMENT_TOKEN_TO_BE_REPLACED 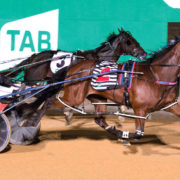 Memories of horrific night pushed into the background

MEMORIES of a horrific night were pushed into the background as a new outlook on the feature was created tonight. Two years ago Lance Holberton had Regal Scribe in the Golden Nursery and watched in horror as the freshman crashed to the ground tipping his son, Josh, out of... END_OF_DOCUMENT_TOKEN_TO_BE_REPLACED
Recent Videos View all