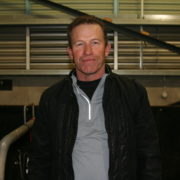 Rising star shines away from the spotlight

AWAY from the spotlight surrounding two of Victoria’s top pacers, another rising star has been quietly shining. With a combination of sensational form and highly-promoted work outs, Ride High and Lochinvar Art have captured the public’s imagination in recent weeks. A potential clash between the two is even creating... END_OF_DOCUMENT_TOKEN_TO_BE_REPLACED 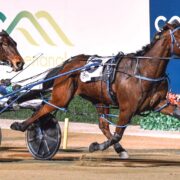 “He’s surprised us that’s for sure”

A CHANGE of environment is working wonders with Golden Year. Winless from his last 25 starts before being sold in July, Golden Year has been a revelation since the sale. Purchased by David Grima, Golden Year was transferred to trainer Joe Conolly who prepared the son of Art Major... END_OF_DOCUMENT_TOKEN_TO_BE_REPLACED 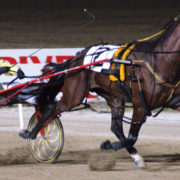 Plan falling into place for owners

PLANS are falling into place for connections of Futurist. A country cup performer 18 months ago, Futurist was struggling to find the winners’ circle this season. Running 17 placings this term – including five consecutive seconds – the son of Armbro Operative hadn’t won since last September. Hoping a... END_OF_DOCUMENT_TOKEN_TO_BE_REPLACED 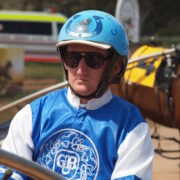 FRESH from dominating yesterday’s Leeton program, Jackson Painting hopes to ride the crest of his wave into Club Menangle tonight. Painting has two drives at the world class, with Georgie Martin considered his best chance of success in the second event. Winner of her last two starts Georgie Martin... END_OF_DOCUMENT_TOKEN_TO_BE_REPLACED
Recent Videos View all