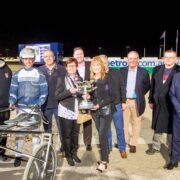 A SHORT break before another feature campaign. That’s what is on the cards for promising filly Banglez. Rounding out her debut campaign with a victory at Tabcorp Park Melton last night, Banglez will enjoy a freshen-up before trainer Emma Stewart sets her sights on a pair of early season... END_OF_DOCUMENT_TOKEN_TO_BE_REPLACED 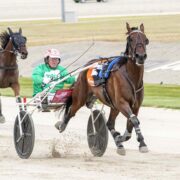 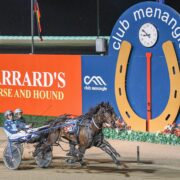 NARRANDERA trainer, David Kennedy and his foreman Jackson Painting would arguably have one of the best strike rates in the Riverina. The pair only train a relatively small team of 13 pacers but their winners-to-starters during the extended season, which concluded last night, was an impressive 37 per cent... END_OF_DOCUMENT_TOKEN_TO_BE_REPLACED
Recent Videos View all