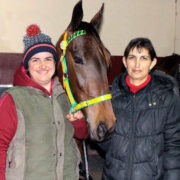 Young reinswoman fighting for her life

AT THE age of 20 a young woman should be enjoying time with friends, dancing in night clubs and fending off advances of wannabe suitors – of which 99 per cent her father wouldn’t approve! In a devastatingly cruel blow for quietly-spoken horsewoman Taylah Schembri, none of those actions... END_OF_DOCUMENT_TOKEN_TO_BE_REPLACED 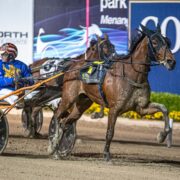 Mike Ko’cass finds us a winner at Menangle Saturday night

RACE ONE: Placed in three of his past four starts since greeting the judge over this course and distance, RAYS CHOICE (7), despite the class of his opposition, appears suitably placed in this company following recent encounters in tougher events. Prior to his latest effort a week ago, Rays... END_OF_DOCUMENT_TOKEN_TO_BE_REPLACED 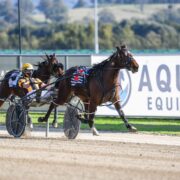 HE has already achieved a great deal in his young life but former Newcastle reinsman Jack Callaghan added another supreme effort to his growing list of achievements when he drove four winners at Tabcorp Park Menangle on Tuesday. And what made the effort even more special was that each... END_OF_DOCUMENT_TOKEN_TO_BE_REPLACED 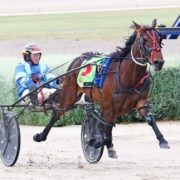 AUSTRALIAN mare Amelias Courage seated Just Zip It from the gate and kept her there through the wire as she captured last night’s co-feature at The Meadows. When Amelias Courage clicked off the back half in 56 seconds over a “good” surface for Chris Shaw, Just Zip It could... END_OF_DOCUMENT_TOKEN_TO_BE_REPLACED
Recent Videos View all