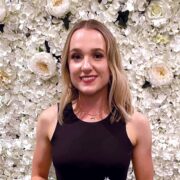 LIFE in South Australia continues to agree with Van Mara. Purchased from a claimer at Tabcorp Park Melton by Mount Gambier horseman Steven Fennell in April, Van Mara has had nine starts since changing stables for a debut second and eight wins – including Globe Derby last night. Driven... END_OF_DOCUMENT_TOKEN_TO_BE_REPLACED 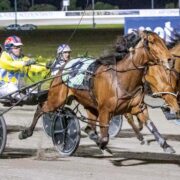 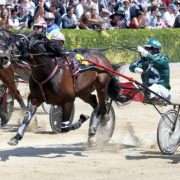 LEADING breeding establishment Woodlands Stud has joined the fight of a worthy cause. The New Zealand-based operation has donated a stallion service to Standardbreds for Breast Cancer Trials, which is raffling the prize to raise valuable funds. Formerly-known as the Breast Cancer Institute of Australia and the Australia and... END_OF_DOCUMENT_TOKEN_TO_BE_REPLACED 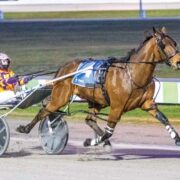 EXCITING freshman Catch A Wave justified trainer Andy Gath’s opinion of him with a breathtaking performance in Ballarat last night. Making an impressive debut in an Australian Pacing Gold Sovereign heat a fortnight ago, Catch A Wave produced a scintillating effort in the Final. With Gath’s reinswoman-wife Kate in... END_OF_DOCUMENT_TOKEN_TO_BE_REPLACED
Recent Videos View all