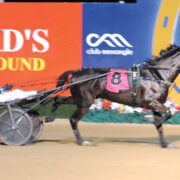 RESPONSIBLE for an eye-catching run during last night’s opening round of Inter Dominion heats, Caligula is ready to surprise a few when the Championship moves to Bathurst on Wednesday. First-up since July, Caligula began quickly to lead from barrier five before being eased to take a trail, eventually running... END_OF_DOCUMENT_TOKEN_TO_BE_REPLACED 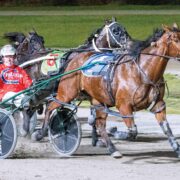 A FAVOURABLE draw has connections of Triple Eight feeling optimistic ahead of the second round of Inter Dominion heats. A solid fourth during last night’s opening qualifiers at Club Menangle, Triple Eight and his fellow Championship entrants will renew their rivalry in Bathurst on Wednesday night. Beginning from the... END_OF_DOCUMENT_TOKEN_TO_BE_REPLACED 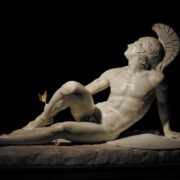 GEOFF WEBSTER had a happy homecoming of sorts this weekend. Away from the track Webster’s trip was a disaster, at Globe Derby the premiership winning horseman’s venture was a huge success. Returning to his state of origin for the Southern Cross heats, Webster decided to play a game of... END_OF_DOCUMENT_TOKEN_TO_BE_REPLACED 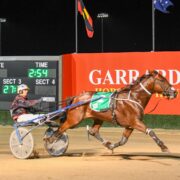 INTER DOM TROTTERS HEAT 2 IT was just the result the TAB Inter Dominion Trotters Championship needed. The win by four-year-old squaregaiter Timothy Red stole the show from many of the big guns with a stunning victory in Heat Two of the Trotters Series at Tabcorp Park Menangle. All... END_OF_DOCUMENT_TOKEN_TO_BE_REPLACED
Recent Videos View all