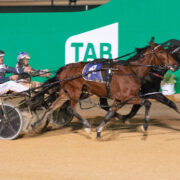 IT WAS billed as a potential Billinger Bonanza and that’s how it unfolded. After dominating last weekend’s heats with five wins, Mark Billinger was expected to enjoy a successful stint at Globe Derby tonight. Driving in five Finals, Billinger registered a treble and a third. “It was a good... END_OF_DOCUMENT_TOKEN_TO_BE_REPLACED 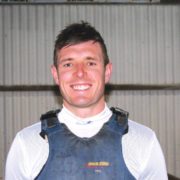 AS HARD as it is to believe, Wayne Hill has only just broken his Southern Cross maiden. An Australian Driving Championship winner, Hill has captured a host of features, but has been found wanting in South Australia’s key feature…until tonight! Partnering the Alyce Finnis-trained Ever Hoping at Globe Derby,... END_OF_DOCUMENT_TOKEN_TO_BE_REPLACED 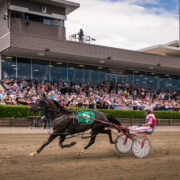 AS THE countdown to Sunday’s third round of TAB Inter Dominion heats continues, we travel back in time to relive past editions of the Championships hosted by Club Menangle.   IN WHAT was considered the most successful and celebrated three consecutive years in the Championship’s history, Club Menangle hosted... END_OF_DOCUMENT_TOKEN_TO_BE_REPLACED
Recent Videos View all