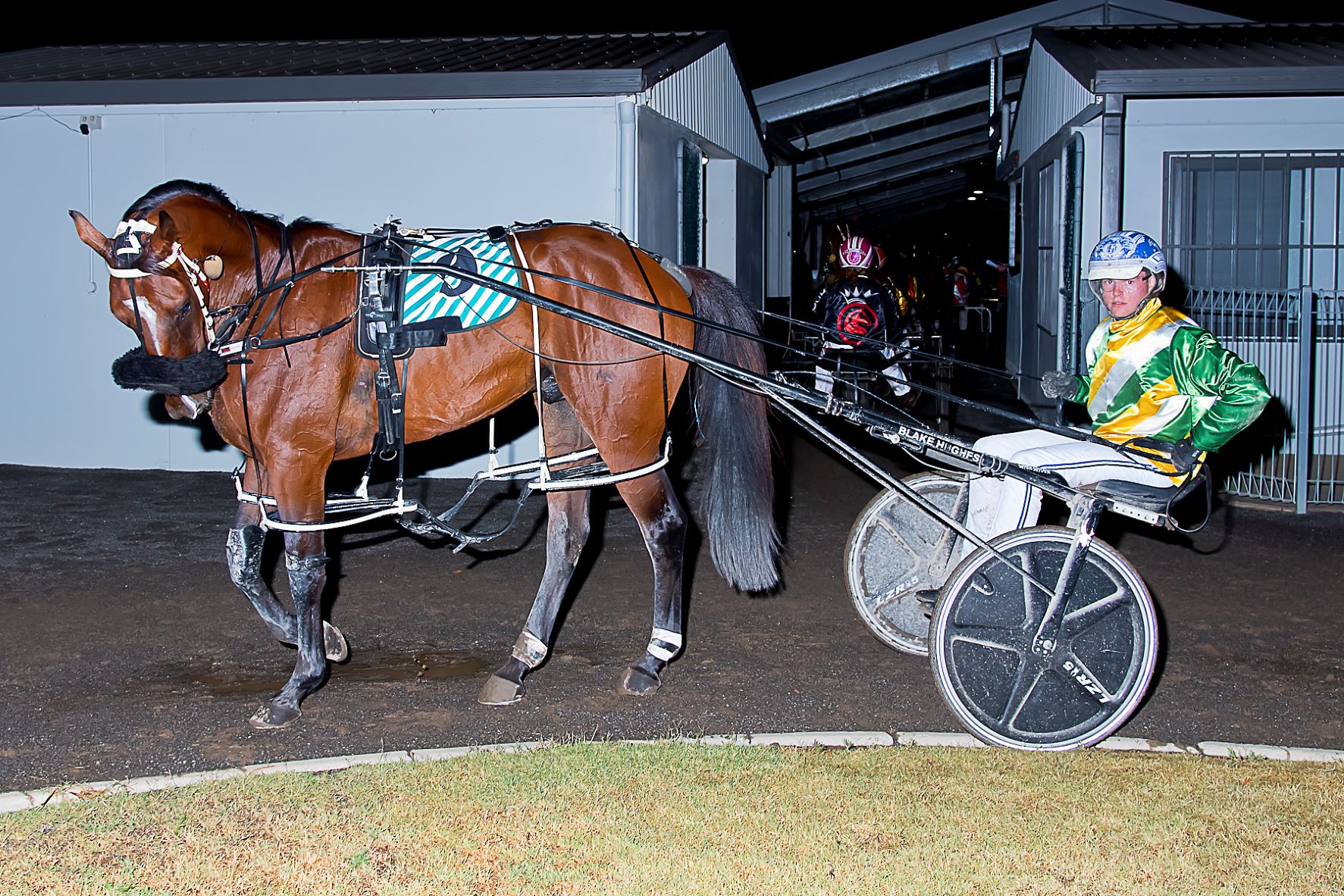 21 years in between drinks as Harmey strikes Gold

HUNTER Valley trainer Clayton Harmey won the inaugural running of the Gold Nugget race at Tamworth in 2001 . . . as a reinsman.

On that occasion Harmey scored with the Allan Beresford-trained Tight Fit.

Fast-forward to 2022 and Harmey won the $10,000 Pub Group Gold Nugget race with Portalegre – this time as a trainer – a great 21-year celebration.

“I have been setting the horse for this – the race has always been on my radar,” said Harmey.

Portalegre, a six-year-old Bettors Delight-Marvao Cam gelding – was having his fifth run from a spell with Harmey booking Blake Hughes to take the reins.

“I was confident coming into the race,” said Harmey.

“And the horse was driven confidently too.

“Blake knows the horse and just had to hang on for the ride.

“The horse races strong and puts in all the effort.

“We will now look at the horse’s next start being in the Tamworth City Cup.”

The $12,000 Garrard’s Tamworth City Cup will be part of the Tamworth Harness Racing Club Finals night on January 21.

For 19-year-old reinsman Blake Hughes winning the Pub Group Gold Nugget race with Portalegre was his biggest success to date.

“I haven’t won a race like that before: It was pretty good,” grinned Hughes.

“It was a big run by the horse – he had to do a bit of work to get to the lead and then he had to finish the race off the way he did.”

From the nine barrier, Hughes weaved Portalegre through from the second row, missing a scrimmage at the front of the field, before taking the race lead as the field headed into the home straight on the first occasion.

“Once I hit the front I just had to keep rolling along as the main danger, Surfers Delight, was outside me,” said Hughes.

Portalegre covered the 1980m in a mile rate of 1.57.1 and a winning margin of 9.7 metres over the Dean Chapple trained and driven Asterism with $2.30 favourite Surfers Delight (Tom Ison) from the Roy Roots jnr stables 12.4 metres away third.

Hughes will retain the drive on Portalegra in the Tamworth City Cup.

“That is my aim now, to win the Cup race, but that is easier said than done,” added Hughes.

And one would consider that after combining on 15 race occasions that both Portalegre and Blake Hughes know each other.

“I have had eight wins driving him – so let’s hope we continue,” said the young reinsman.

There’s a few ‘smokeys’ from the...
Clayton pinning his hopes on an ‘Heir’
Blake’s milestone to remember
Hardings are on a mission
About author