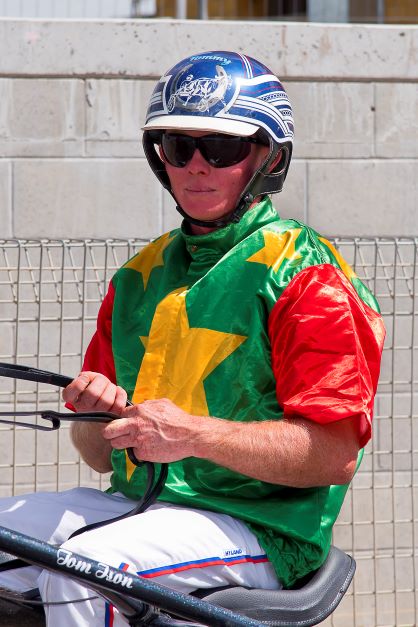 Rockin In Chelsea1 Tom Ison10
WHEN Rockin In Chelsea won the Menangle Country Series Heat at Tamworth, reinsman Tom Ison was happy to conceal a personal milestone. It was... 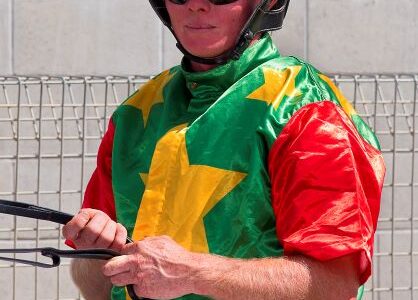 WHEN Rockin In Chelsea won the Menangle Country Series Heat at Tamworth, reinsman Tom Ison was happy to conceal a personal milestone.

It was more about what the five-year-old Rock N Roll Heaven mare had achieved.

You see while it was Rockin In Chelsea’s fifth win on the trot, for Tom Ison it was his 400th win handling the reins.

“I knew all about it but just kept it quiet,” said Ison.

“I’m pleased I achieved it with such an impressive mare – it was a nice win.”

Rockin In Chelsea as $1.25 race favourite scored a 3.8 metre win in the Menangle Heat and will now contest the $20,000 Final this Saturday night at Menangle from the six barrier.

Ison felt he would have achieved the 400 wins “at some stage” but was more nervous for Rockin In Chelsea.

“I was more nervous about how the mare was going to go in the race. It was more about getting the five wins on the trot,” he said.

“She is on the market as well – she is a very impressive mare.”

Rockin In Chelsea is unbeaten since joining the Andy Ison stables, including some impressive mile rates.

At just 23 years of age, Tom Ison began his racing career in the 2013/2014 racing season fresh out of the mini trots and has had 2,352 drives for 401 winners after his success at Newcastle last week with a further 567 placings.

That’s a 17 per cent strike rate, which is impressive for someone who has to travel between four and six hours at a time to secure outside driving engagements from his Tamworth base.

“I have had winners in Queensland, and at Menangle,” said Ison.

Win No. 401 came the way of Tom Ison at last week’s Newcastle meeting when he accepted a drive for Jarrod Alchin, helping to secure an interstate training double for the Sydney-based trainer in two states on the night.

Ison drove My Ultimate Johnny to a win at Newcastle while Doff Your Cap won at Albion Park.

“I guess I was the pick of a bad bunch,” joked Ison of the drive for Alchin

“I wasn’t expecting the offer but was happy to take the drive.

“All the top reinsmen are in Queensland as part of the Winter Carnival up there, but they will be back next week.

“It was a good opportunity and I was grateful for the drive.”

Before heading to Menangle on Saturday night Tom Ison will contest the Tamworth harness meeting on Thursday afternoon with six drives.

And could he drive six winners on the program – well, don’t discount it!

It was a yearning to head home to join his family in Tamworth and drive for his father Andy Ison, as well as accepting outside drives, that has seen Tom Ison land back in Tamworth.

“Dad has trained 102 winners now,” said Ison, who will soon be joined by another sibling on the track.

One of five children involved in the sport, Tom is currently competing against his brother Sam and sister Emma and will soon be joined by the youngest of the crew in Molly Ison, who is awaiting clearance to hit the paceway. 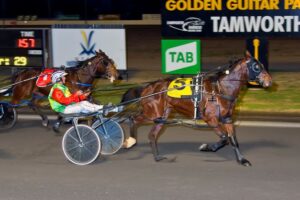 PLENTY OF TALENT: Rockin In Chelsea

Tom’s in for another busy night
Four winners . . . and a mouthful of dirt
It’s another ‘Famous Five’ for I...
Top two ready for another Newcastle duel
About author