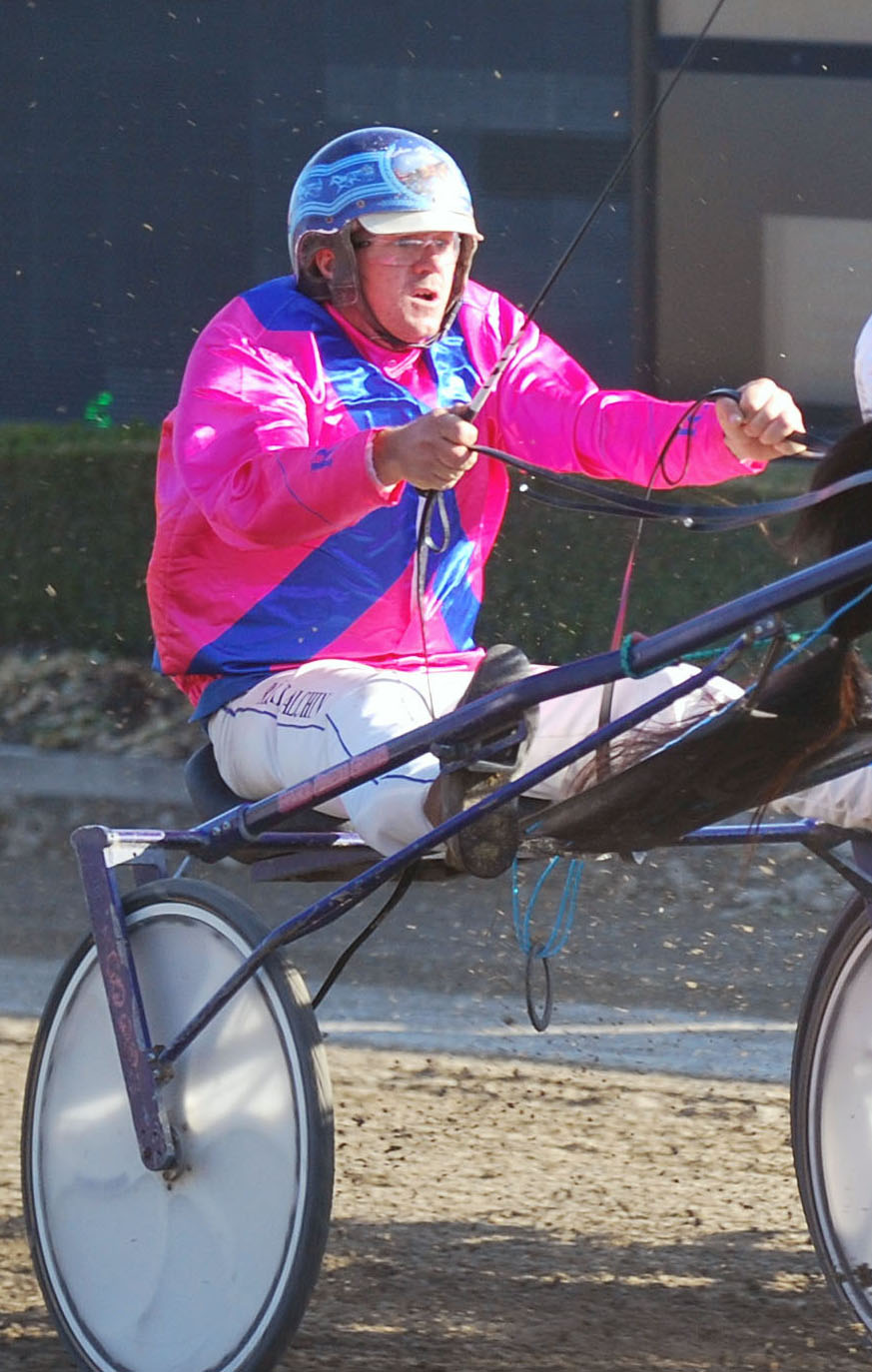 The six-year-old mare out of Bettors Delight displayed good speed from her wide gate draw, crossing to the inside to take an early lead, while the favourite Miss Riviera Belle was forced wide going into the first turn.

Delightful Jade held a handy lead approaching the home straight and pulled away in the final 200 metres to win by more than five metres from runner-up Bluecolla Moon the rank outsider.

Eight different drivers shared the spoils at the meeting with trainer Paul Fitzpatrick grabbing a double with Spike Bromac ($7.20) and The Spin King ($5.30).

Racing over 2300m, Gavin Fitzpatrick drove Spike Bromac to victory for his father Paul, to give the six-year-old gelding his ninth career win from 54 starts.

Divas Delight held a handy lead coming into the home straight but Spike Bromac levelled up with about 200m left to run and pulled away to win by more than two metres.

The Spin King, with Sean Grayling in the gig, recorded a more comfortable victory, finishing almost nine metres ahead of his nearest rival, runner-up Kleened Out.

Taking an early lead, The Spin King dictated the pace until Kleened Out loomed up alongside the five-year-old son of Bettors Delight at the end of the back straight.

Having the advantage of an inside run, The Spin King pulled away to claim his 10th win from 47 starts.