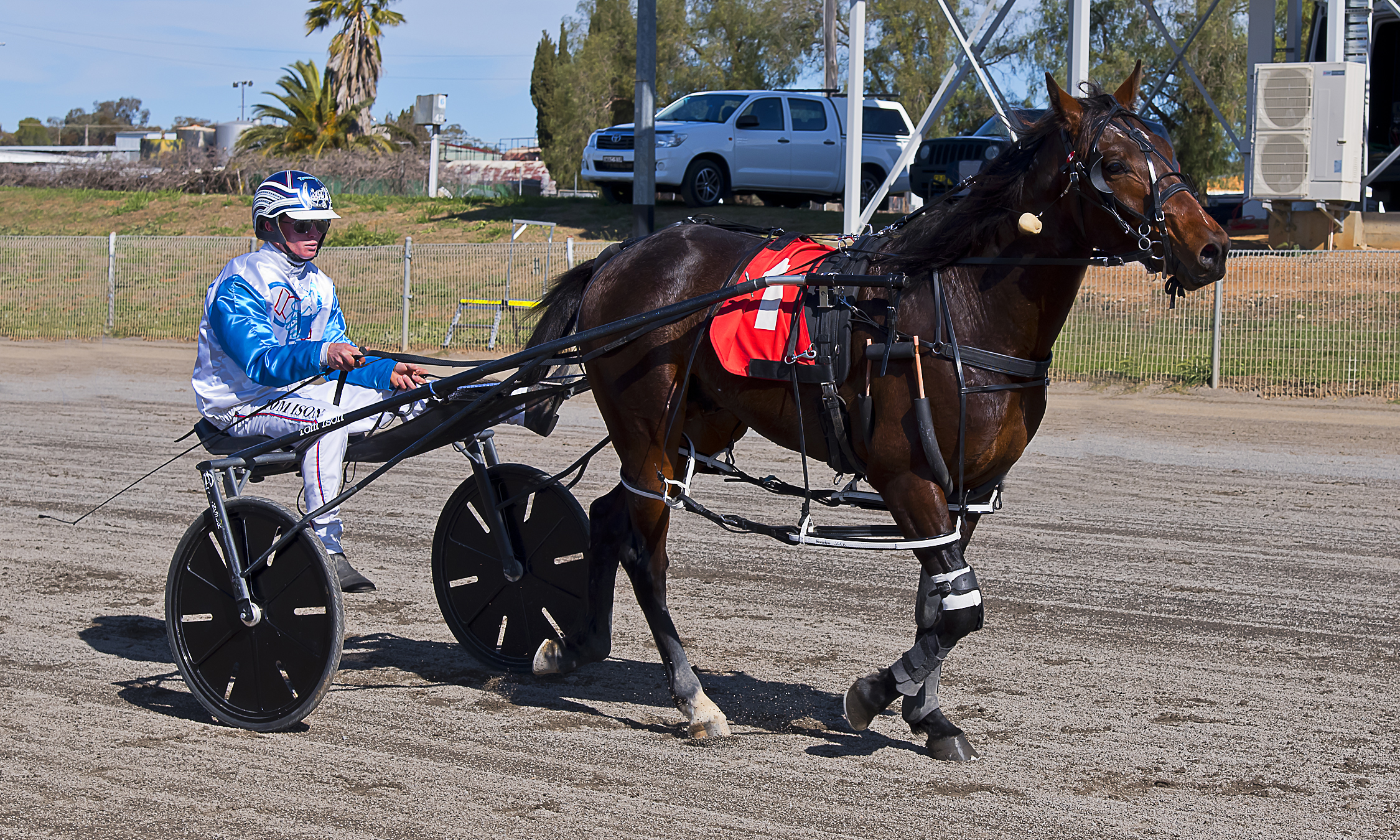 ONE TO WATCH: Artful Jack. PHOTO: courtesy of PeterMac Photogtraphy.

A fractional team – that works

Roots has Artful Jack and Sunny Harbour engaged with both pacers owned and raced by the Team Tritton Fractional Ownership Group.

“Once before I steered away from the young horses and concentrated on the older ones but I have gone mad for these two-year old’s now,” said Roots.

A masterful idea that was in the making before Shane and Lauren Tritton headed to America has now turned into a fresh appeal for the Roy Roots stables.

“It was something that Shane presented to me before he went overseas,” said Roots.

“The group is made up of 16 owners, who purchased six yearlings out of the APG Sales, and they are all by good sires.

“At the time Shane was confronted with staying here or America and the time was right for Shane to go to the US.

“The group is made up of a few including Robert Marshall from Menangle, Benstud Standardbreds and two AFL players in Victoria that I know of as well as some from Broken Hill. It is like a mixed bag  . . and it’s really good.

“Actually, it has been a lot of fun so far”

“Shane got all the horses trained up and then he handed them over to me to get to the races.”

And while Shane and Lauren Tritton are enjoying their time in America and producing winners Roy Roots has also picked up winners here with the young ones.

The Breeders Challenge heats on Thursday at Tamworth will see Artful Jack contest the Village Jolt NSWBC 2YO Colts & Geldings heat from the seven barrier and in the hope of picking up his fourth win on the trot.

Artful Jack had his last win at Tamworth with a margin of 10 metres over his opposition and in a mile rate of 1.59.6 for 1609 metres with the two prior wins being at Newcastle.

“He has a good future,” said Roots of the Renaissance Man-Jackie One colt.

Artful Jack has produced three wins on the trot from five starts with the last at Tamworth.

With a strong field Roy Roots has spotted two horses that may prove to be a danger to Artful Jack in Watts Up Sunshine and the Blake Fitzpatrick trained and last-start winner Meldrum, to be driven by Jack Trainor.

“There are some nice horses on show in these heats and it is good that my horse could go up to Tamworth a few weeks ago for a run, he has already seen the track,” added Roots.

“Our horse is a nice little horse and very competitive but he has a tricky draw (seven).

“If he gets a good trip, he will frighten the others but we will know a lot more after the race as to where we stand.”

Sunny Harbour will contest the Lochend Stud NSWBC 2YO Fillies from the three barrier.

“She is a progressive filly even though there is not a lot of form next to her name” said Roots.

“She is a slow learner but she has the ability and if she improves in her run on Thursday it won’t surprise me.”

Both Sunny Harbour and Artful Jack will be handled by in-form reinsman Tom Ison, who is also the current leader on 116 wins in the HRNSW Concession Drivers Premiership.

TEARS OF JOY FOR SUTHERLAND
Ultimately, he’s just a Star
This Guy’s ready to bounce back a winner
Closing in on 400 winners, at just 23
About author