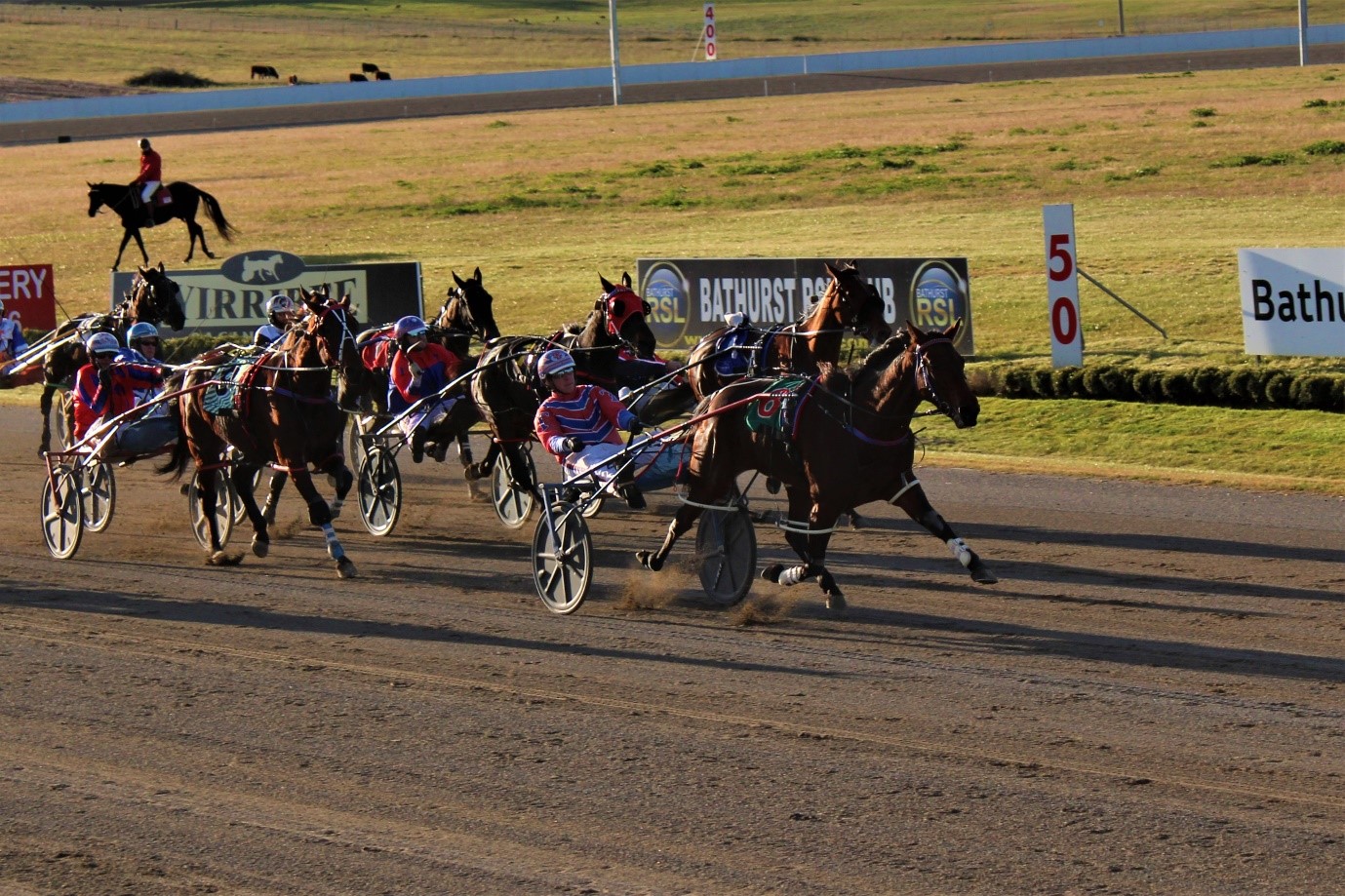 A Good Day For Maidens

bathurst56
AMY REES MAIDENS got their moment in the sun when three previously ‘winless’ pacers took out the first three events at Bathurst on Sunday....

MAIDENS got their moment in the sun when three previously ‘winless’ pacers took out the first three events at Bathurst on Sunday.

Trained by Chris Frisby, two-year-old Just Ernie was able to swoop down the outside to score by 1.1 metres for the in-form young driver Phoebe Betts.

Joint Venture, trained and driven by Mat Rue, was able to find the lead comfortably and prove too hard for rivals to chase down.

While, four-year-old Alpha Xena had to come from last to round up the field and did so, arriving just in time to score by a neck margin for trainer Gary Seve and driver Tony Higgs.

The following event was taken out in a similar fashion, with the Peter Keogh-trained Rusty Mccool coming with a sweeping run to win comfortably by 6.8 metres.

Meanwhile, the Nathan Turnbull-trained and driven Camanchi Warrior made it back-to-back victories for connections, taking out the Garrards Horse & Hound Pace.

Beginning from barrier one on the second line, the three-year-old received a cosy trip behind the leader, was then able to make good use of the sprint lane over the concluding stages and score by 2.3 metres.

Of the rest, father-son combinations Kelvin and Anthony Winnell and Steve and Mitch Turnbull were successful with their runners The Dancer and Hidden Courage.

Four-year-old The Dancer was able to notch up his fourth lifetime win from 16 starts, while six-year-old Hidden Courage scored career win No. 15.

Sitting outside the leader for the duration of the race, the gelding proved too strong for rivals, able to pull away and win by 5.5 metres.

Colin and Cheryl McDowell the Bathurst Gold Crown ...
No stopping the girls now
This one’s extra special for Mat
This time Erika had some tricks up her sleeve
About author