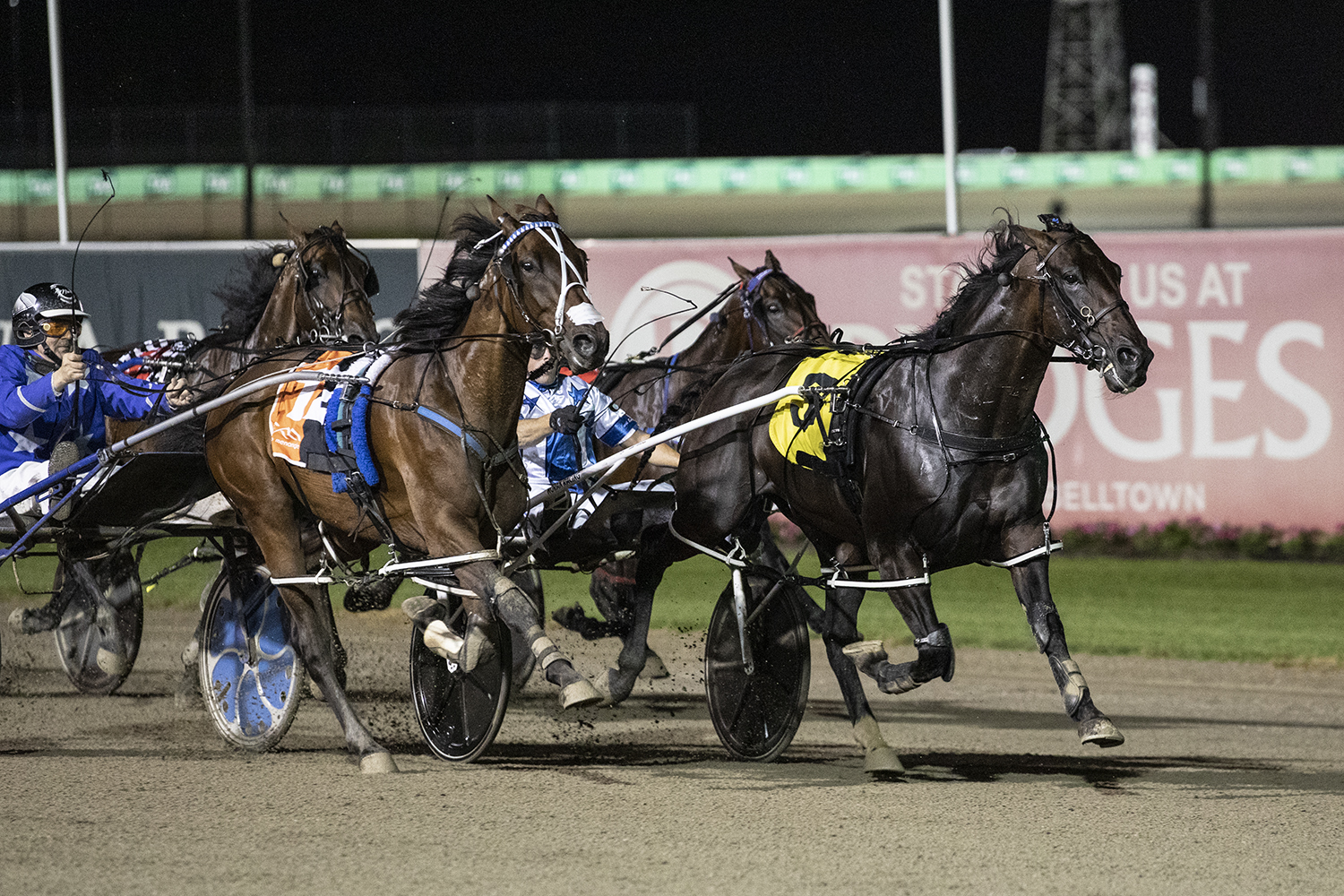 Lochinvar Art5 Ride High1
AFTER weeks of plugging a potential clash between two of the state’s most exciting pacers, Harness Racing Victoria has made a decision which has...

AFTER weeks of plugging a potential clash between two of the state’s most exciting pacers, Harness Racing Victoria has made a decision which has stunned participants.

Capturing the imagination of the industry – and more importantly the wider community – Ride High and Lochinvar Art have been a rare bright light during the Corona virus pandemic.

Racing in sensational fashion, the pacers were on a collision course as part of Saturday night’s Ballarat meeting.

Due to a lack of nominations, however, HRV have scrapped the race, which could be more disastrous than just missing out on a promotional windfall.

With only five horses nominated, HRV stuck by its policy of requiring a minimum of six starters – which is a fair call given it is a steadfast policy.

“It’s disappointing that this is not going to go ahead at Ballarat on Saturday night,” HRV chief executive Dayle Brown said.

“The rules are very clear and there’s no discretion of this rule that a race to stand up must have six or more horses in it.

“The racing office reached out to connections on Monday afternoon to work out who was going to be accepting for the race and it became apparent that there were three and potentially four for arguments sake that would make up the field.

It is HRV’s previous willingness to host a match race between the two, however, which has left enthusiasts stunned by the lack of discretion.

Given both stables are ready to meet, the question on a lot of lips is why not run the race with a field of five if you’re willing to financially support a field of two?

“I got a call when they were talking match race and they were willing to put up $35,000 but now they won’t run a $20,000 race and still get the clash they want,” Lochinvar Art’s trainer David Moran said.

Making matters worse is that a lack of racing options in coming weeks could see Lochinvar Art move interstate.

According to Moran, the four-year-old’s owner was considering sending Lochinvar Art to New South Wales where he could compete regularly at Club Menangle.

Another option was sending the son of Modern Art for a spell with the view of racing in Queensland in December or Western Australia’s Summer Carnival.

“I will have to talk to Kevin (Gordon, owner) to work out what the plan is,” Moran said.

“The next racing option for him in Victoria is at Terang in three weeks, which is more than four hours drive to get there.

“Given we still don’t really know if the Victoria Cup can be run, putting him in a paddock and bringing him back for Queensland or WA could be a go.

“Kevin is also thinking of sending him to Sydney for six or so weeks.”

LOCHINVAR ART STILL A CHANCE FOR MIRACLE MILE
100 per cent . . . or ‘Locky’ won̵...
Lochinvar Art top of the pops in Mike Ko’cas...
Moran explains what’s next for his champion
About author