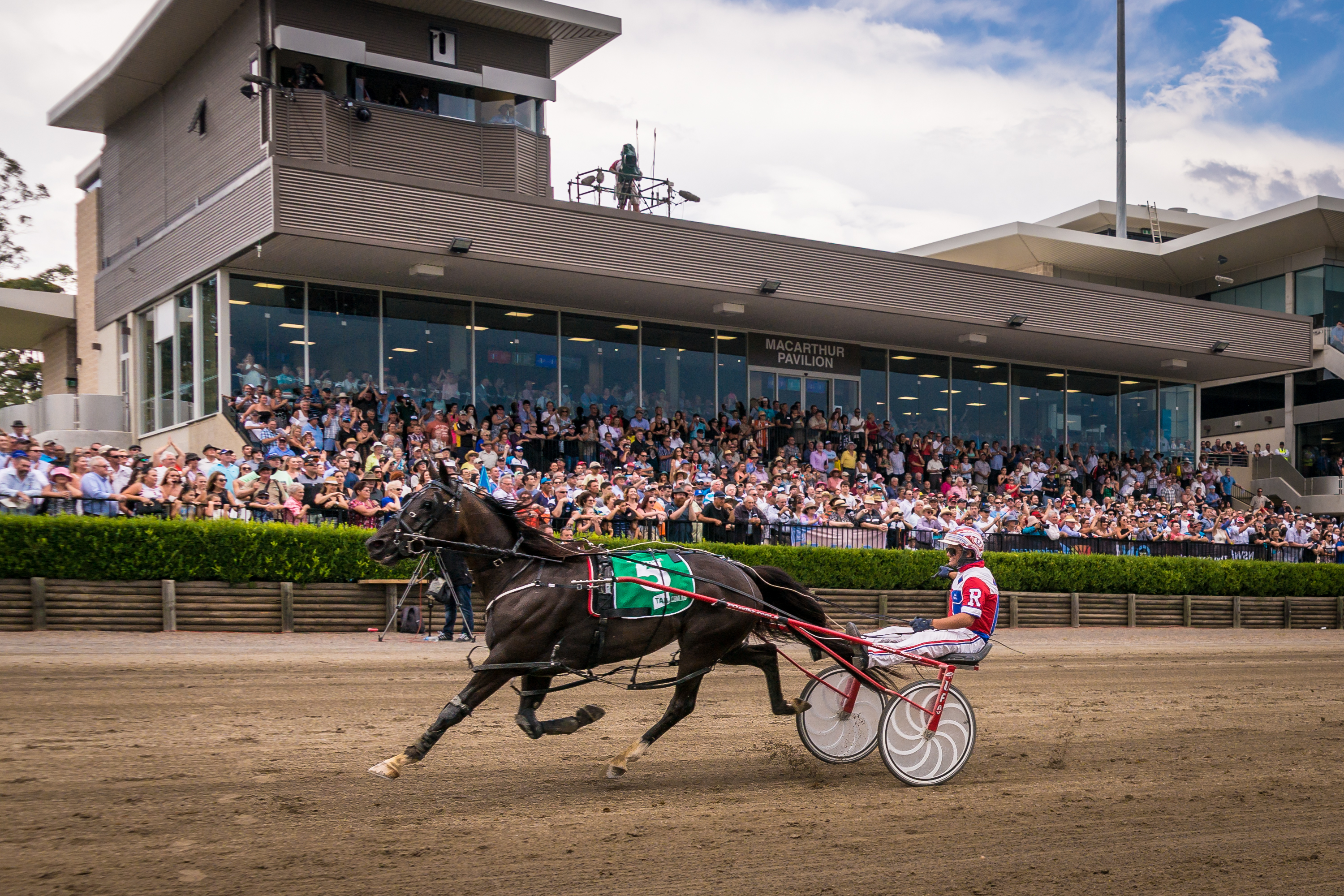 A million dollars on the line at Inter Dominion

Inter Dominion8 Menangle223
MORE than a million dollars in prizemoney will go on the line across New South Wales in the ultimate quest to crown this year’s...

MORE than a million dollars in prizemoney will go on the line across New South Wales in the ultimate quest to crown this year’s Inter Dominion champions.

It will be a true examination of performance with nominees to compete in a two-week qualifying circuit across the state’s Macarthur, Hunter and Western regions, culminating in the traditional 3009m staying test on Australia’s best track, Tabcorp Park Menangle.

This year’s Inter Dominion Pacers Championships will begin with the first qualifying heats over 2400m at Tabcorp Park Menangle on Saturday,  November 27.

The series moves to Bathurst on Wednesday, December 1 for heats over the shorter 1730m distance before heading to Newcastle on Sunday, December 5 for round three over 2030m.

Fields of 12 will accumulate points in each of the qualifying heats, with the 12 highest-ranked horses after three rounds earning a place in the $500,000 Grand Final at Tabcorp Park Menangle on December 11.

The $150,000 Trotters Championships will feature two heats across each of the three qualifying rounds.

When finalised, there will be 36 pacers (three heats) and 24 trotters (two heats) contesting this year’s Inter Dominion Championships.

In another exciting innovation for the series, the “all off the front” starting configuration at Menangle will be altered for the Championships to eight and four to bring uniformity across all three tracks.

“It is pleasing to be making these details public following approval by the Inter Dominion Event Committee this past week,” said Harness Racing NSW Chief Executive John Dumesny.

“The Inter Dominion is steeped in tradition and has created so many legends over the years, so we have been careful to ensure the legacy of ability and endurance remains intact.”

“We are fortunate in New South Wales to have access to premium tracks across the state so it makes perfect sense to be taking the Inter Dominion qualifiers to Bathurst and Newcastle before crowning our champion at Australia’s best track, Tabcorp Park Menangle.”

“But just as the Inter Dominion winner is the horse that proves itself and emerges across a range of distances, what we’ve looked to do this year is broaden the scope of conditions as well and that is why we’re taking it to our legions of fans in the regions as part of the qualifying process.”

“The countdown is now on to what will be an exhibition of the best of our sport and it is pleasing as Australasia’s premier club to have the Bathurst and Newcastle clubs assist in promoting the Inter Dominion.” said Christison.

“New South Wales and Club Menangle have consistently proven our ability to host outstanding racing events and I have no doubt we are going to be witnessing yet another very memorable chapter in the grand history of the Inter Dominion.”

Nominations will close on September 27 with the first rankings released two days later.

The final rankings of nominees will be made public on November 19.

The series returns to New South Wales this year for the first time since James Rattray defended his title on Beautide at Tabcorp Park Menangle in 2015.

The qualifying heats in Bathurst and Newcastle will feature on a bumper local program that includes the two and three-year-old regional finals in the Breeders Challenge Series.