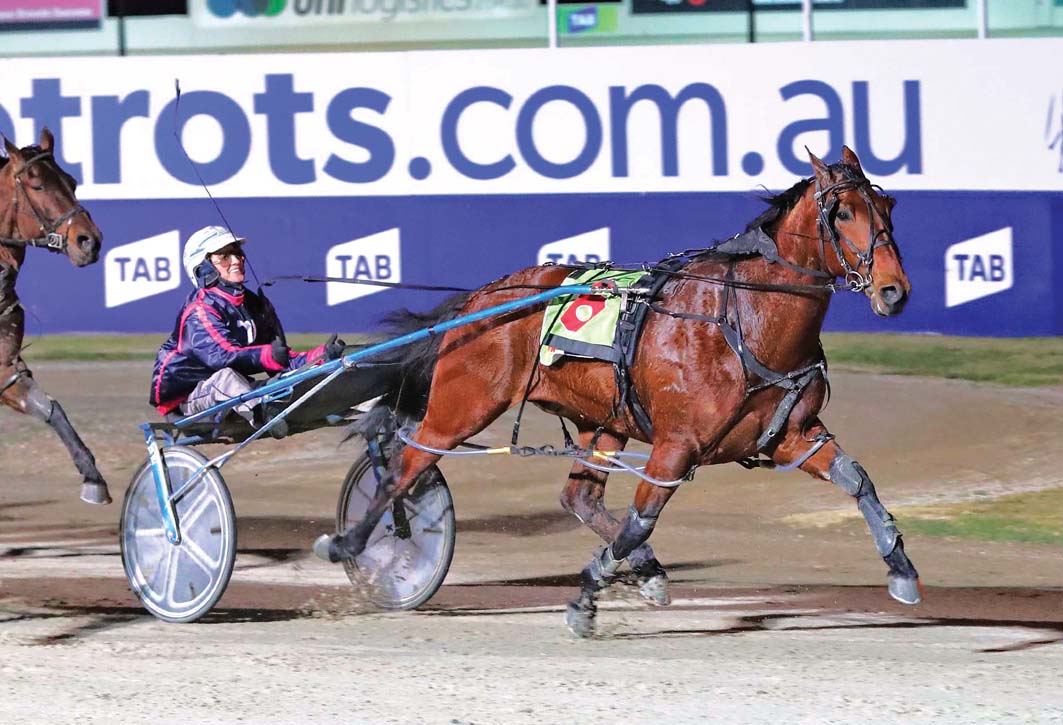 A more than ample replacement

WHILE he is reluctant to make comparisons between the two, trainer David Aiken admits a win in next week’s Victoria Cup will go a...

WHILE he is reluctant to make comparisons between the two, trainer David Aiken admits a win in next week’s Victoria Cup will go a long way to bridging the gap.

Aiken’s hesitation came while discussing the similarities between Wrappers Delight and Lennytheshark.

Making his debut for Aiken last June, Wrappers Delight has been impressive winning five of his eight starts while finishing second in the other three.

Becoming Australia’s premier pacer during the next three years, Lennytheshark was recently retired to stud, with Wrappers Delight becoming a more than ample replacement.

“He has a long way before he can be compared to Lenny, but he’s a nice replacement,” Aiken said. “That said, he’s heading in the right direction.

“Whether he can reach the kind of heights Lenny did only time will tell and we will certainly find out in the next couple of months.

“He’s got the Victoria Cup next week and then the Inter Dominion in December.

“Lenny won those races, so if Wrappers Delight can do the same I might think about a comparison.”

Wrappers Delight rounded off his Cup preparation with a win in tonight’s Smoken Up Sprint at Tabcorp Park Melton.

Driven by Kima Frenning, the son of Bettor’s Delight led throughout from barrier three before scoring by a head from Shadow Sax, which was impressive in his first run back from a break.

Also returning from a spell, Ameretto was a neck away third as Wrappers Delight rated 1:52.5 over 1720 metres.

“He is racing in top form, had a good draw and made the most of it,” Aiken said. “He got it pretty soft in front and was able to hold on up the straight.

“Hopefully he can get a good draw next week and keep following Lenny’s footsteps by winning the Victoria Cup.”