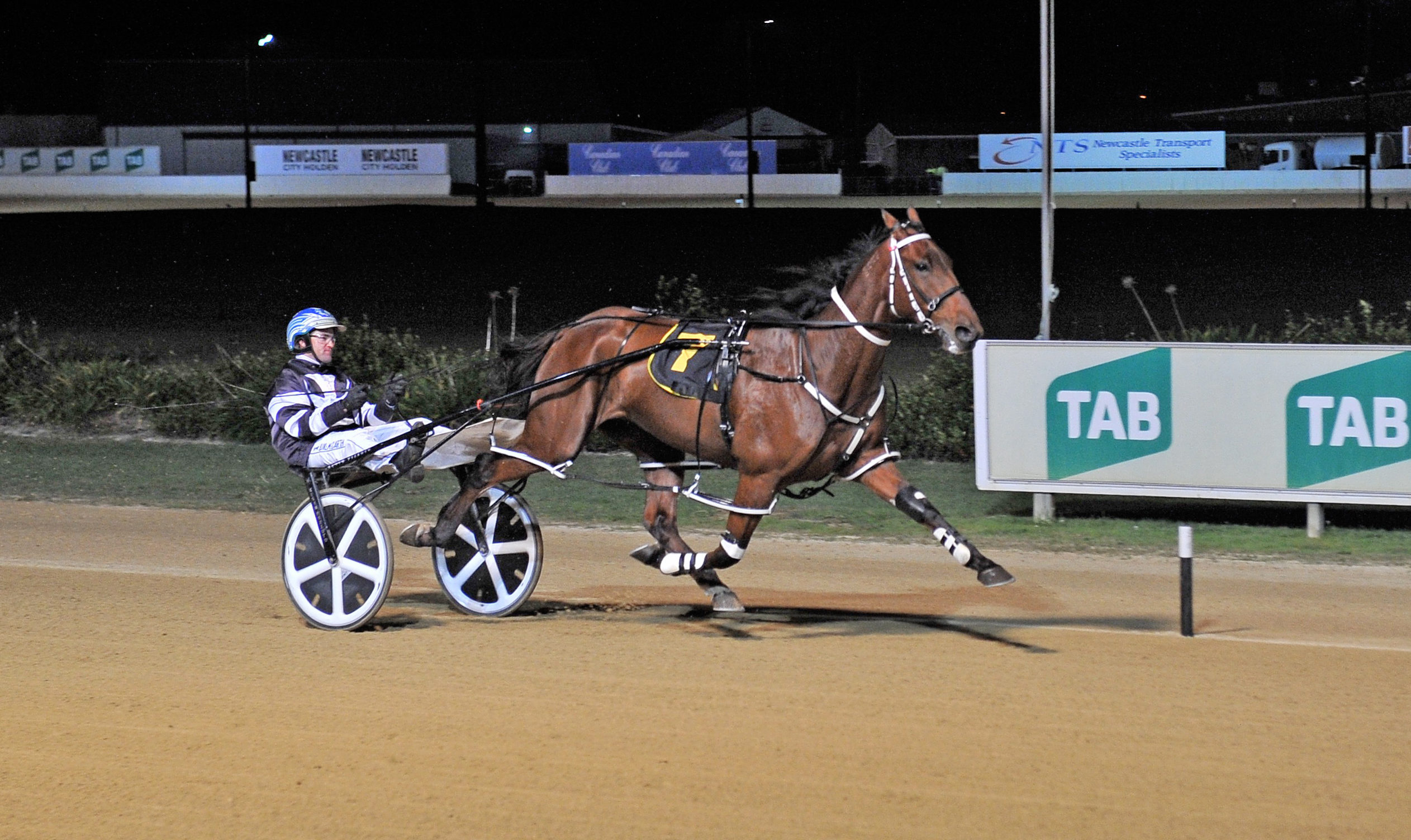 A REORD RUN FOR MAJORDAN

IT WAS all Majordan in the running of the AVE Technologies Ross Gig Newcastle Mile on Saturday night with the Art Major-Benelise gelding relaxed...

IT WAS all Majordan in the running of the AVE Technologies Ross Gig Newcastle Mile on Saturday night with the Art Major-Benelise gelding relaxed going to the line – even though he had just set a track record.

Majordan, trained by Kevin Pizzuto at his Leppington stables, set a new record of 1.51.4, wiping out the record set by Queensland pacer Avonnova in November 2014, of 1.52.2 for the 1609m.

“The horse is in the best form – probably the best horse in the country at the moment,” stated reinsman Luke McCarthy.

“Kev has got him (Majordan) going well – I didn’t really have to ask any more of the horse-he did it himself – he just steamed up the home straight.

Even though punters had Majordan listed as the race favourite, McCarthy was looking at Reaza Grunter from the Tritton stables as his main danger in the Group 3.

“Once Reaza Grunter galloped it made it a lot easier as he was the only horse that could have taken us out,” said McCarthy.

“That probably changed the complexion of the race”

Reaza Grunter with Lauren Tritton in the spider galloped just as the barrier pulled away.

Majordan shaped up to race start No. 65 from the six barrier before going onto notch up career win No. 18 for the five-year-old.

“He broke the track record but he could have gone quicker – he was just cruising,” said McCarthy.

“It was quite cold on the night and it’s hard for a horse to run quick times in cold weather.”

McCarthy was right in his assessment of the horse and in regards to mile rates as Majordan was making it three wins on the trot in taking out the Newcastle Mile with the two other wins leading into the feature being at Menangle – over the 1609m – with that win on May 5 clocked at 1.48.9 and the May 12 win in 1.49.4.

Majordan scored by 20m from Aztec Bromac (KerryAnn Turner) with Yayas Hotspot (Guy Chapple) another 1.7m away third in the 2018 Newcastle Mile.

“The Newcastle Mile is a prestigious race to win,” said McCarthy

Luke McCarthy made it a training double for Kevin Pizzuto and a driving double for himself after guiding Major Legacy (Gotta Go Cullen-Candlestick Park) for a win in the previous race – the John Hunter Children’s Hospital Kids Club Pace with a mile rate of 1.55.4 contested over 1609m after popping off the leader’s back around the final turn to take the win by 1.4 metres from Corbie Jolt (Lauren Tritton).

“Kev has a good team and a good strike rate and I was only too happy to fill in for Todd (McCarthy) while he is away,” added McCarthy.

(Regular driver of Majordan Todd McCarthy was in Sweden contesting the Elitloppet with Maori Time).

With Luke McCarthy driving a winning double himself he also shared the results sheet with his father John McCarthy, who had a training and driving double with The Democrat in the Mitavite Pace, and How’s The Memory in the Little Jack Horner’s Bakery Pace.

“Dad had a good night – he had a couple of winners as well,” grinned Luke.