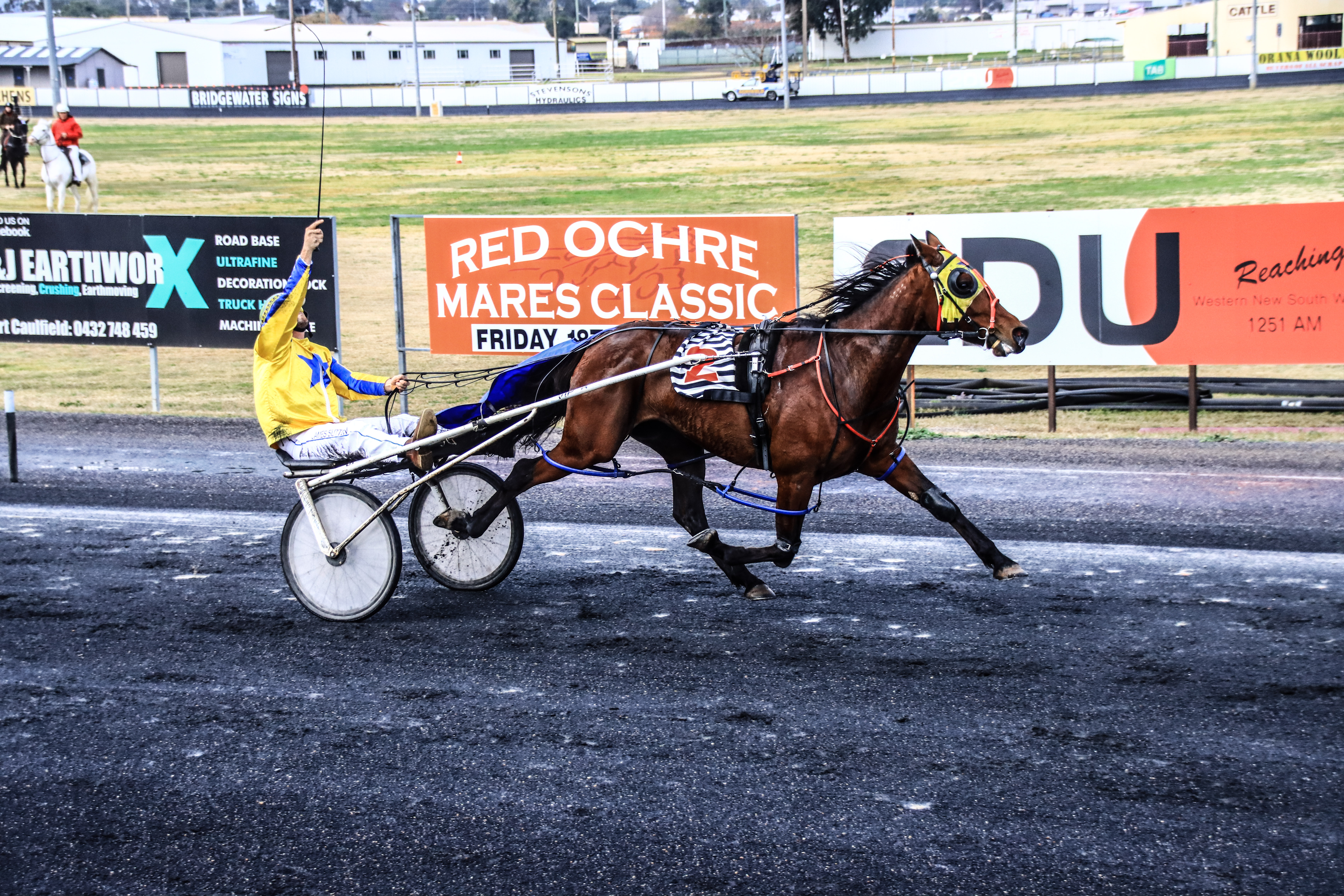 A special win for a lost ‘mate’

ANY win – and every win – is usually pretty special.

Those who saw the race that don’t know him, must have wondered why Sutton looked to the heavens and signalled a ‘this is for you’ salute as he crossed the line a 10.3m winner in Race 6.

The popular horseman, who bides his team between working full-time doing pest control and working and racing his small team, was delighted to have his father Lloyd ‘Pebbles’ Sutton on track to witness his success.

Sutton later explained that the Suttons had lost a lifelong friend Keith Dodson to cancer a few days beforehand and he wanted to score a win to pay tribute to his Dad’s best mate.

“Yes, I really wanted to win that one,” Sutton told Trotguide-on-line

“Keith had been a great friend to us for so long.

“She’s a really nice filly and I really wanted to win as my tribute to Keith . . . and it felt pretty special.

“Of course winning any race is special but this one just meant that bit extra.”

Sutton said the filly had been unlucky in that she was restricted to local racing at the moment.

“She’s a pretty smart three-year-old but there’s nothing I can really aim her at because at the moment I cannot travel anywhere,” he said.

“I’ve always had a big opinion on her but a few of the experts suggested she might not get the 2100m at Dubbo because she had been getting it pretty soft in front.

“So I decided I’d fix that and I’d go out and break their hearts going down the back straight.

“I wanted to show them that she could do it at both ends.

“She has a lot of speed and it was pretty muddy at Dubbo yesterday too, but she showed a bit of toughness as well, which I was really happy with.”

Sutton said the filly had also won three from five at Bathurst but the prizemoney was fairly similar to Dubbo so for the moment he’s happy for his rivals to come and try to beat his filly on her home track.

“She’s been getting good draws with the three-year-olds’ concession and the mares’ concession,” he said.

“She probably goes better with a sit but we can wait until she gets to a higher grade and I’m sure she’ll go even better when I can drive her with some cover.”

Sutton said he wanted to take the filly down for a race at Menangle where he could make use of her high speed.

“I think that circuit would suit her but we can’t get down there at the moment.”

Sutton only has a couple in work as he is kept busy running his pest control business.

“I have had to turn away a few horses because I don’t have the time and there is money to be made in pest control at the moment,” he said.

He gets up early and normally works his horses before heading off to work.

“It’s been too cold lately so I’ve been doing them after work the past couple of weeks. I have my own track about 15kms out of town, it’s a pretty good set-up.

“We might have another start or two with this filly and then put her away and bring her back to chase the Red Ochre at Dubbo in September.

“Dad was pretty pleased with the win.”

Sutton has also driven in the popular Indigenous Drivers’ series at Menangle a few times and would love to be back for another crack this year.

“I’ve run second a few times – and I’d love to come down there and win one,” he said.