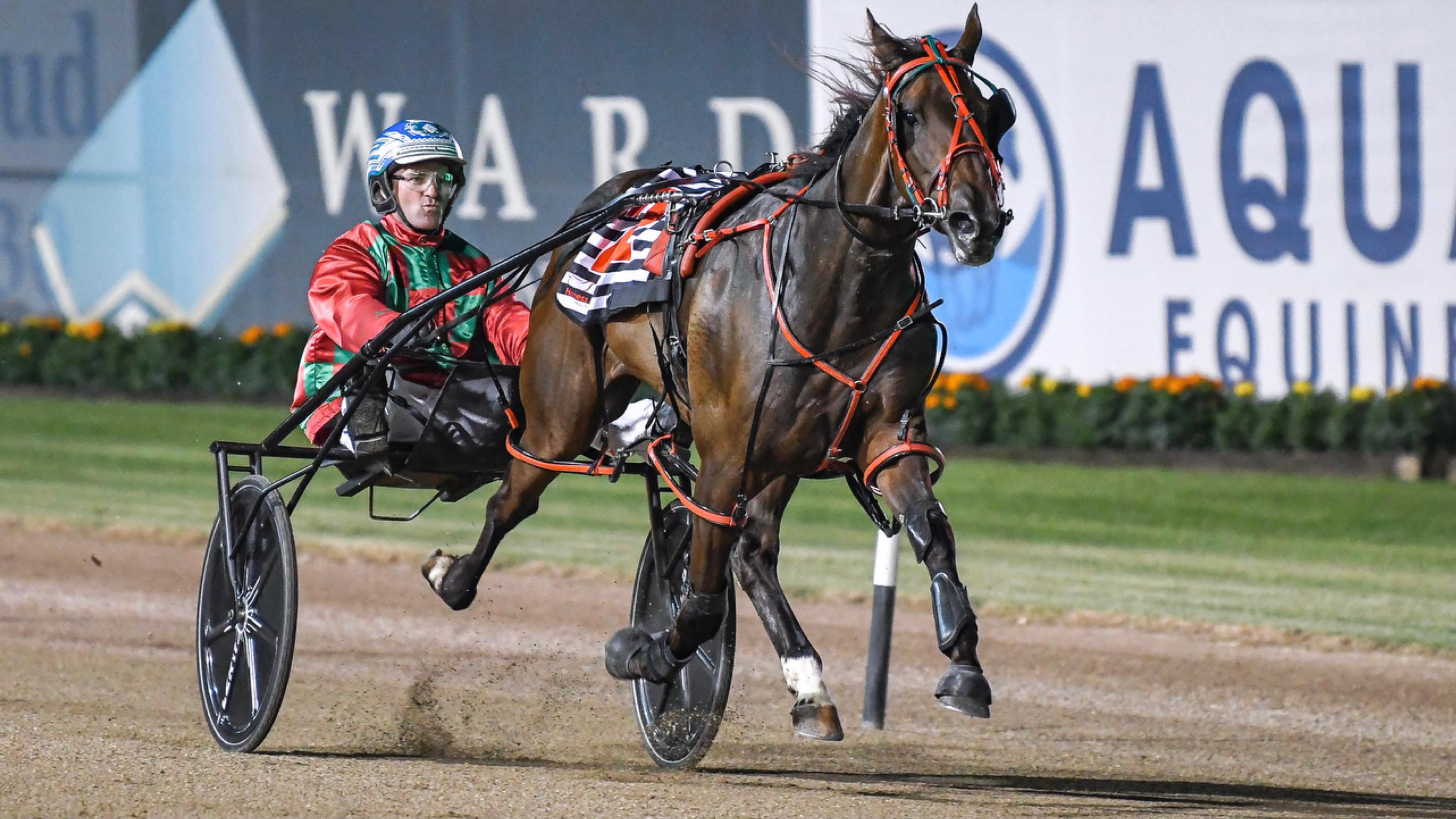 GUN young former Kiwi reinsman Jack Trainor declared star mare Stylish Memphis could do no more to thrust her name into contention for a...

GUN young former Kiwi reinsman Jack Trainor declared star mare Stylish Memphis could do no more to thrust her name into contention for a Miracle Mile spot after a stunning win in tonight’s $200,000 Ladyship Mile.

Mark Jones showed a lot of faith in me sending this horse to me to prepare for this race and now we’ve done it,” said Trainor after Stylish Memphis rated 1:49.2 to beat outsider Miss McGonagall and Bettor Enforce in Australasia’s richest mares’ race.

“I’ve been telling them all week to save a spot for me for the Miracle Mile,” grinned Trainor.

“She’s done nothing wrong since she’s been here and this win tonight was just awesome.

“I’ll be looking for the Club Menangle racing manager David Wonson now so I can push our case. Hopefully she’s done enough to get an invitation into the big race.

“I would just love to be there and she certainly deserves to be.”

As usual Stylish Memphis was given plenty of time to find her feet while No Win No Feed found the front and took a trail behind Maajida with Pelosi settling further back on the pegs and favourite Bettor Enforce landing a one-one trail when Rocknroll Angel made an early move to race outside the leader.

Still the earlier efforts took their toll and with a closing half of 53.8 (splits of 26.8 and 27s) Stylish Memphis always looked to have her rivals covered as she scored by two and three-quarter lengths.

Earlier in the evening the Group 2 Pink Bonnet went ‘west’ when Bathurst battler Tony Higgs saw his youngster Silk Cloud score the easiest of wins in one of the first two-year-old fillies’ features of the year.

Cut loose on the home turn, Silk Cloud tore away to annihilate her rivals, beating Martini Stride by nine and a quarter metres, with Finery a further one and a half metres further back in third place.

Reinsman Luke McCarthy was delighted to be offered the drive from a trainer her had known since his early days as a young reinsman at Bathurst.

“I’ve known ‘Higgsy’ my whole life and it’s a big thrill to win a race like this for such good people who are friends as well,” said McCarthy.

“I was happy enough to take a sit and to her credit she really got going and found the line in style.”

Later it was revealed that Higgs’ wife Danielle had been badly injured in an accident in previous years and the win expected to be a great tonic for her.

Higgs earlier joked that he feared he might get ‘lost’ on the big stretches of Menangle and he’d be silly not to use someone of McCarthy’s expertise.

He might now feel compelled to offer McCarthy the drive in Bathurst’s feature, the much sought-after Gold Tiara next month.

“I’d be mad if I knocked back that drive now,” grinned McCarthy.

Hamilton’s successful cameo
APG National Mixed Sale “about to kick off&#...
Death and taxes not the only certainty
Stood down pending investigation
About author