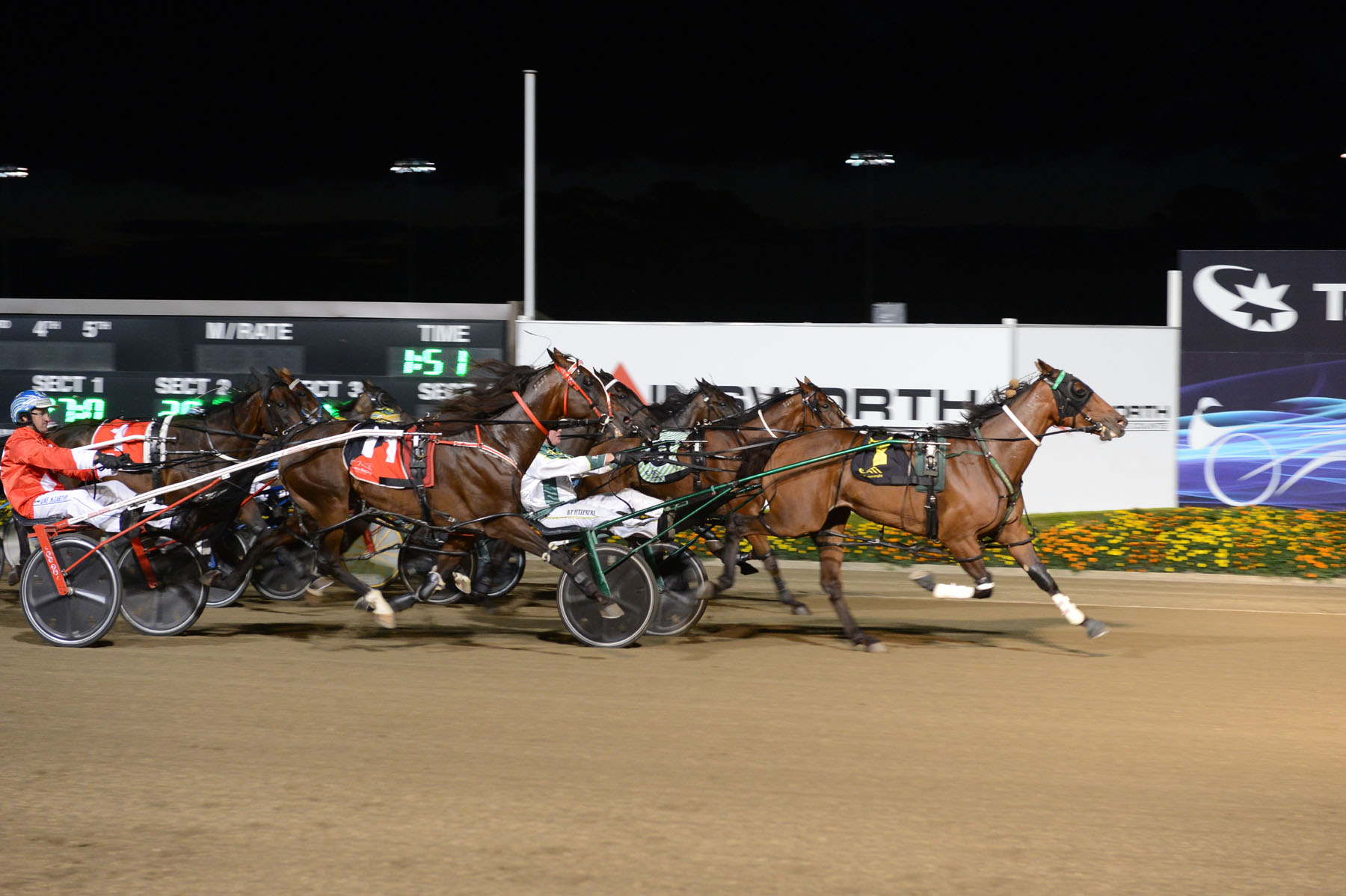 A treble of doubles

While running the fastest time of the meeting in 1:51.5 seconds, five-year-old Kenrick has now won two of his three starts at Club Menangle, to record 10 wins from 48 starts.

McCarthy closed the meeting in the same way as he started – with another winner.

This time it was in the trotters’ race with War Dan Destroyer ($5.00) for trainer Michael Doltoff.

The five-year-old gelding eased at it reached the finish line to finish 2.9m ahead of his rivals, over the extended distance of 2300m.

Laurent Tritton increased her lead in the NSW Drivers Premiership, winning with Controversial ($7.00) and Franco Nelson ($1.20).

Trained by Leon Jurd, Controversial won for the first time in 13 starts when finishing a neck in front of the $4.30 favourite Popfromthebeach.

The second leg of Tritton’s double was an easier win with Franco Nelson victorious by a margin of more than five metres.

The eight-year-old son of Christian Cullen shot away in the home straight to leave the rest of the field competing for the minor places.

Blake Fitzpatrick helped Match In Heaven ($3.60) return to his winning ways for his father Paul.

Unsuccessful in his five previous races, the five-year-old son of Somebeachsomewhere notched his 15th win from 44 starts.

Fitzpatrick trained and drove Shez Sugarsweet ($5.60) to a 10th career win to break through the $100,000 prizemoney barrier.

The four-year-old mare sat towards the rear of the field until Fitzpatrick pulled her out wide as the field approached the home straight.

Shez Sugarsweet wound up to hit the lead with 25m left to race and went on to win by 2.7m.