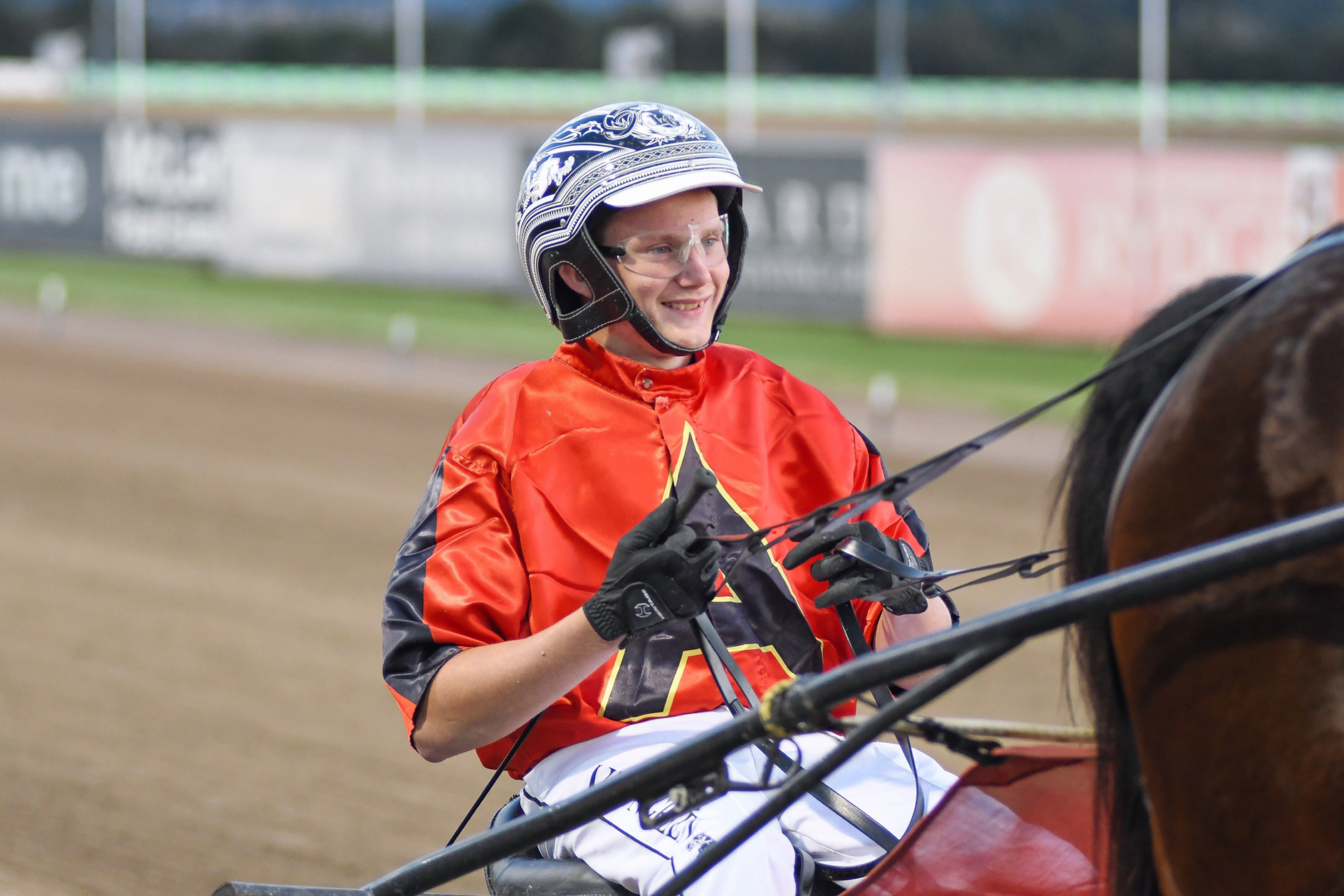 Lleyton Green2 Penrith39
HE’S been described as cool, calm and collected whenever he takes to the track. His older brother marvels that he always heads out expecting...

HE’S been described as cool, calm and collected whenever he takes to the track.

His older brother marvels that he always heads out expecting to win . . . whether his horse his even-money or 100-1.

And one leading club official described him as ‘a walking, breathing encyclopedia’ when it comes to harness racing.

All this – and Lleyton Green is the ripe old age of 16.

Yet he is already beginning to rack up the winners and Green achieved another milestone at Penrith on Thursday night when he landed his first winning double, scoring with Mizzz Adele in Race 2 and notching the double 40 minutes later when Chezmac scored the gutsiest of wins.

Green is certain both four-year-old mares can go on and score plenty more successes too.

While the double may mean a change in goals for this enthusiastic young driver, he makes no secret of the fact he is champing at the bit at the thought of competing in the J.C. Caffyn Plate for Indigenous drivers at Menangle later this season and cannot wait to take on his big brother if they can both qualify for the final.

“Yes, he’d love to beat me home and win that,” laughs Hayden.

“The best I have been able to do is finish second in the Caffyn Plate, so Lleyton would just love it if he could beat me to the punch and win one before me.”

Lleyton headed for Penrith feeling he could win with Chezmac but knew with a bit of luck the other mare, Mizzz Adele could run a place as well.

“She just needed a bit of luck and Hayden has done a good job with her,” he said.

And Hayden’s pre-race instructions? “Make sure you come back with a win.”

Lleyton has now driven “nine or 10 winners” but admits Menangle is still his favourite track.

“Weona Luke is probably my favourite horse but he’s coming back from a spell but Prince Syntax will always be special as that was my first Menangle winner,” he grinned.

“Now my immediate goal is just to keep driving winners and try to keep the run going.”

Amazingly, Lleyton doesn’t turn 17 until February next year so a Menangle Saturday night winner may have to wait for a while.

“It would be a dream, for me and Hayden to both make that Caffyn Plate final,” he says.

“We both want to be the best drivers we can.”

It might be the middle of winter but those 5am starts are a breeze at the moment for a young man who is aiming for the top.

“I like to be pretty chilled about it all, but I am loving it at the moment, for sure,” he said.

To be fair, big brother Hayden was just as excited – actually more excited – about Hayden’s double and was thrilled just to be there to witness it.

“I think I get more nervous on the sidelines than he does – he’s so calm,” said Hayden.

“He’s looking forward to beating me in the same race and wants to win that Caffyn Plate final.

“He’s keen to one-up me in his first season of driving.

“I pointed out there’s a lot of others that want to win it as much as we do.”

Hayden says a couple of suspensions have taught Lleyton to drive a bit smarter and he has learned to allow extra room when it’s needed.

“He just wants to win on every horse in every race,” says big bro.

“I love that enthusiasm but I tell him occasionally a fourth on a 100-1 shot is not a bad thing either.”

Lleyton now drives Shanocon next Tuesday and says the McDowell family have been a great help to him.

“Dean is always helping me out with advice – as does Colin,” he said. 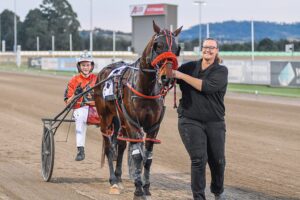 A country boy thriving at ‘Headquarters̵...
Perfect time for ‘Fiveminutes’
Moustachioed star looking to ‘whisk’ a...
Jason gunning for a treble
About author