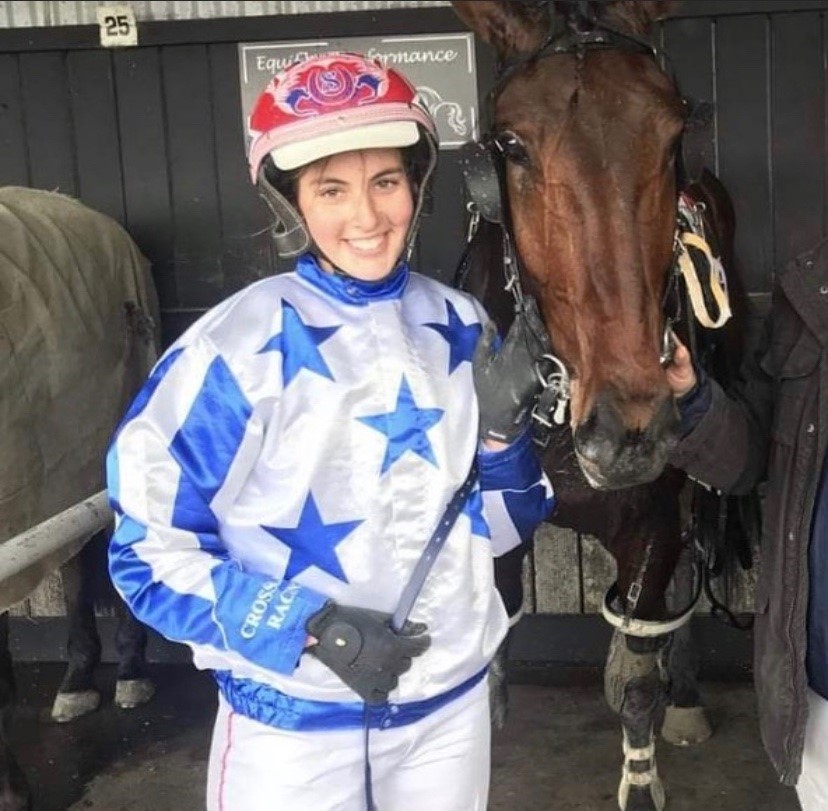 Abby Sanderson1
ABBY Sanderson had landed her first winner just a few seconds earlier. Still, she had some sound advice for her good friend Cody Crossland...

Still, she had some sound advice for her good friend Cody Crossland after they crossed the line in Race 6 at Maryborough on Monday.

“I think you chose the wrong horse,” said the 16-year-old, sporting a grin from ear to ear.

And Cody, driving Heaven Attracts for Kari Males, had to settle for second place after a mid-race move to hit the front turning for home, before being run down by the ever-patient Abby and Cool Rocking Daddy.

Ironically Cody had recommended Abby get the drive after he was committed to Heaven Attracts . . . and the former mini-trotting driver with harness racing blood coursing through her veins, did the rest, scoring an exciting victory.

“It felt terrific,” she said.

“I’m loving it down here [in Victoria].

“Cold? Well, I reckon Menangle gives it a fair run for its money.

“We’re at the Charlton Training Centre and its quite a good set-up here and dad (Shane Sanderson) likes it here too.

“This race was for drivers with less than 10 wins and I know the Crosslands a bit and it was great that Cody’s Mum put me on.

“He’s a nice horse, cool and calm and pretty easy to drive.”

Abby says a few more winners was her more immediate goal for the season . . . as well as continuing to improve and, hopefully, mix it with the best of them.

“I’d like to get a few more outside drives while I have my claim and I can help Dad out too,” she said.

“I’m just happy when the horses I am driving go well.”

Abby says the best horses she has sat behind, so far, are probably Loorrim Creek and Aldebaran Ursula.

“It’s also working out well down here for my brother Ryan, who is driving really well,” she said.

“Travelling-wise I have found there is a lot more of that, but the racing is fairly similar to New South Wales, where we were based before.

“Ryan is picking up plenty of drives and quite a few winners.

“He occasionally gets off some of Dad’s horses to drive a few others, so I got my license to help them out.

“Both of them give me plenty of advice and tips and Dad always tell me I’ll be alright, which is great.

“I was smiling for a long time after that win, beating Cody home.

“And it does get nice and warm during the days down here, while Menangle seems to stay cold for a lot of the day at this time of year.”

Abby will drive at Melton for the first time on Friday night when she takes the steer on Timely Sovereign.

“He was my first drive at Stawell, and I finished second on him,” she said.

“So that makes him pretty special to me.

Abby admits she does miss Menangle and the friends she made there – but is still loving the new challenge in Victoria.

And a winner sure makes it all worthwhile.