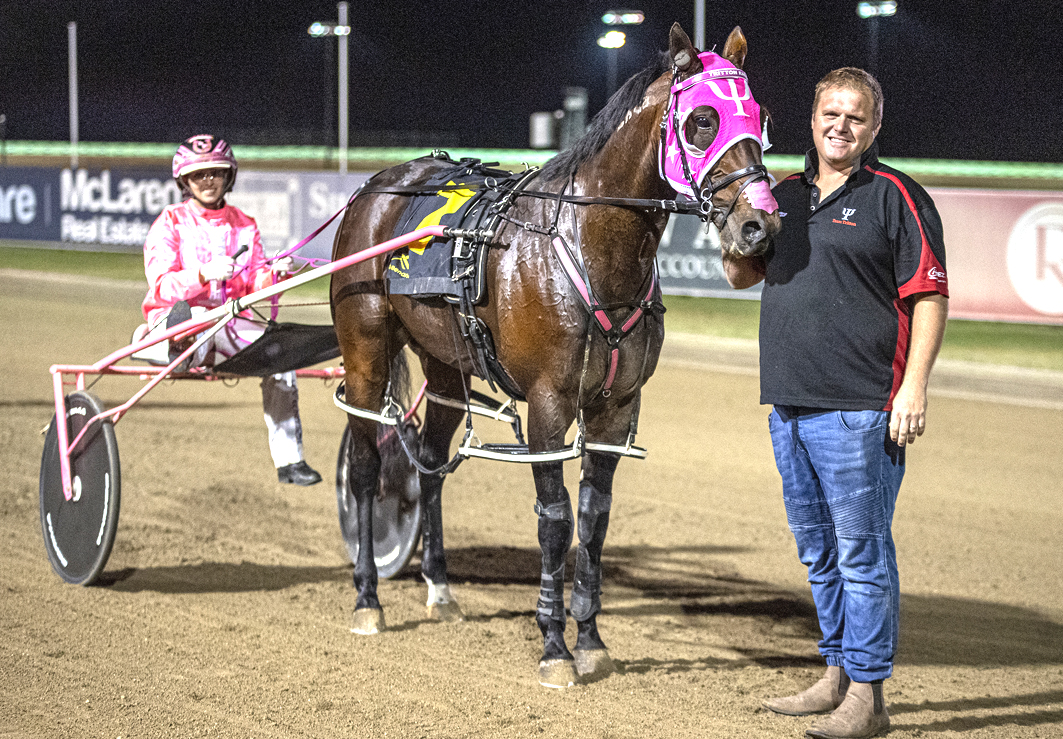 Seeming to perform best during the Inter Dominion period, Flaming Flutter broke a two-year drought at Tabcorp Park Menangle during the weekend.

While he is no longer taking part of the prestigious Championship, Flaming Flutter ran second and third in the 2015 Finals in his prime.

With the series beginning in New Zealand last Friday night, Flaming Flutter produced a glimpse of his former best the following evening.

Driven by leading reinswoman Lauren Tritton, Flaming Flutter settled towards the tail of the field from his wide draw as Beetson led from gate four.

Unleashing a scintillating finishing burst, the 10-year-old covered the mile in 1:52.2 to account for Vinny Chase and Beetson.

“It was good to see the old fella notch up another win,” trainer Shane Tritton said. “Lauren said he was travelling great all the way and he finished it off brilliantly.

“He’s not mixing it with the best anymore, but he showed he still has plenty of life in him.

“With runs like that he can certainly win a few more.”

Flaming Flutter’s victory was the closing leg of a treble for the Tritton’s who also scored with My Ruebe Star and Gods Spirit.

Leading throughout from barrier two, Gods Spirit staved off a late charge from Pat Stanley to score by a head.

Franco Landry was seven metres away third in 1:52.6.

“That was a good run from him,” Tritton said. “It is taking a bit of time to get him to adjust to racing against higher class but he is getting there.

“He led throughout this time from the draw, but we are trying to teach him to race in the field and not be a ‘one trick pony’.

“He’s still lightly-raced for a five-year-old and should keep getting better as he learns to relax and be more versatile.”

Silhouette steps out of the shadows
Defending champ strikes form at right time
Filly to enjoy ‘RNR’ before Blue Riban...
Hurrikane blows rivals away in $250,000 Final
About author