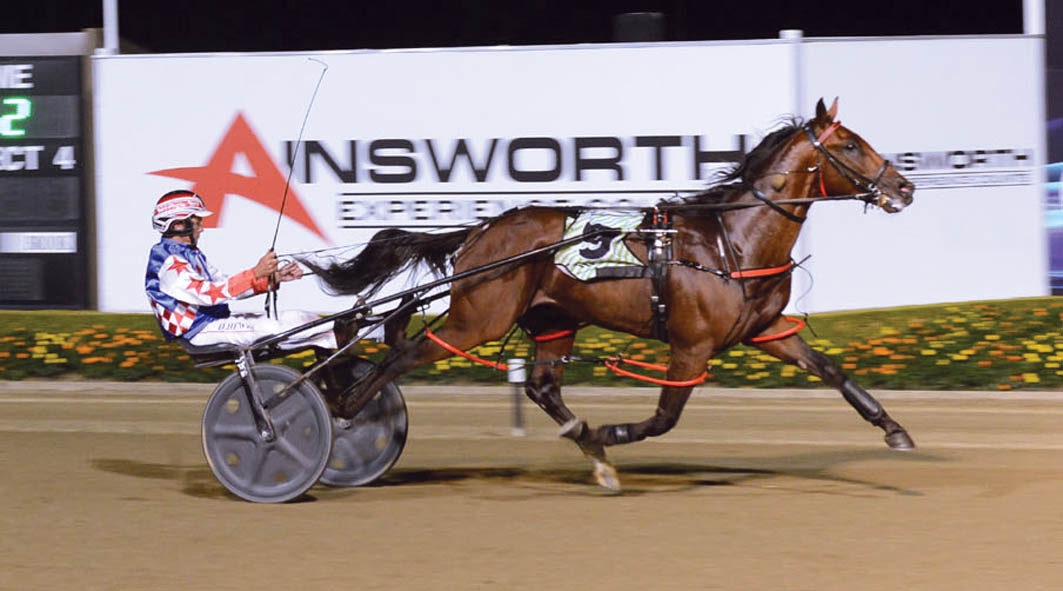 Aiming to join a select group of youngsters

Set to contest the Bathurst Gold Chalice, the colt is attempting to become the fourth to complete the Gold Crown/Chalice double.

Successful in last season’s Crown, College Chapel enters the second part of the equation having run third in his heat earlier this week.

Pleased with the three-year-old’s performance, trainer Bernie Hewitt is quietly confident the son of Mach Three can upset his more fancied rivals from barrier four.

“Winning both Finals is obviously hard to achieve and I’m under no illusions as it’s really nice field with form horses, but he won’t be too far off them,” Hewitt said.

“We found out he had an underlining asthmatic problem after running some test following the New South Wales Derby hearts, which is why he hadn’t raced between then and the Chalice heats.

“He was short of a run in his heat, but seems to be better and brighter now and will go into the Final a lot stronger and ready to run a bold race.”

Citing Shoobee Doo as the one to beat, Hewitt rates Lochinvar Art and Lets Go To Brazil has major chances.

Winner of his heat, Shoobee Doo is a $2 favourite on TAB Fixed Odds from barrier five, with Lochinvar Art, which was successful in his qualifier, the $2.20 second elect from the inside of the back row.

Also triumphant in his heat, Lets Go To Brazil is on the third line of betting at $5.50 from the pole, with College Chapel a $26 shot.

“Shoobee Doo is the one to beat from the draw,” Hewitt said. “Lochinvar Art is a horse I have a lot of time for and although he has drawn awkwardly that could work out for him.

“Lets Go To Brazil was good in his heat and will be finishing fast from the draw.”