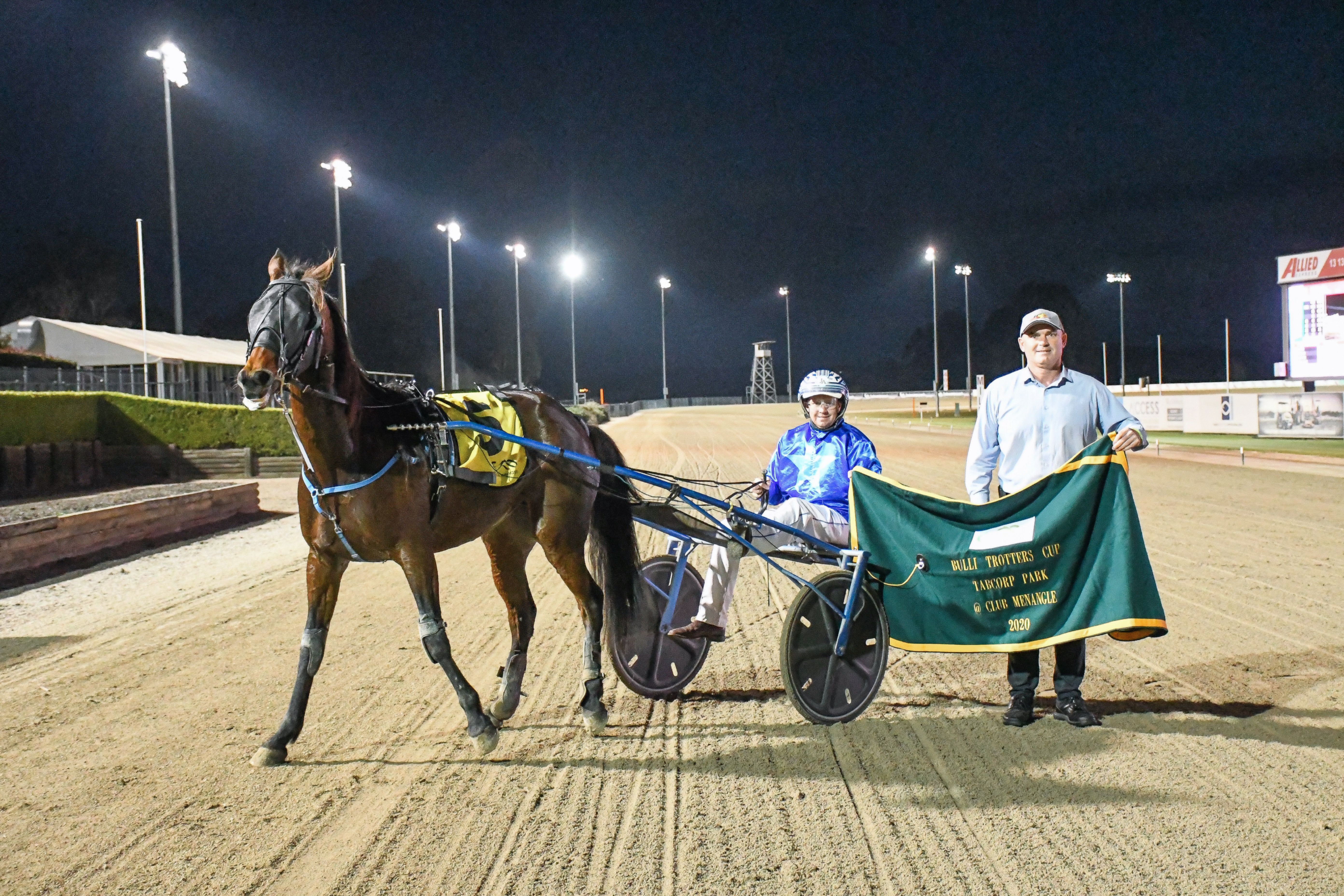 Alchin ready to add to a big week

Andyou1 Jarrod Alchin12 Penrith46
FRESH from one of the most satisfying wins of his career, former Riverina horseman Jarrod Alchin heads for Penrith tonight looking to add to...

FRESH from one of the most satisfying wins of his career, former Riverina horseman Jarrod Alchin heads for Penrith tonight looking to add to his big week.

Taking on a field of some of the best trotters in the country, Jarrod drove Andyou to perfection, taking a trail on the talented Super Fast Pat, driven by his next-door neighbour Robbie Morris in the 2300m standing start affair.

Stepping quickly from her 10-metre handicap Andyou showed her potential, sitting right behind until they turned for home and outsprinting her main rival in the run to the line.

“It worked out well for us and I figured during the run that if we couldn’t beat Super Fast Pat we would definitely run second,” said Jarrod.

“Actually, we were surprised she was such a big price ($31) as we really thought she had a good chance and that was the race Alex set her for when he got her.”

Jarrod gave Alex the credit for picking out Andyou and trying to buy her, as rival Menangle trainer Tim Butt had also tried to purchase her.

“In the end the owners felt like Andyou was part of the family and they didn’t want to sell her,” said Jarrod.

“Se Alex asked if they were interested in sending her up here for him to train and they agreed.

“There’s not much of her, but she is strong and has a tremendous will-to-win . . . and her standing start manners are not a problem either.”

While Jarrod Alchin has won plenty of feature races, he rated this win pretty highly too as Andyou looks headed for bigger and better things.”

Now the Menangle horseman will head for Penrith tonight hoping one of his own team, My Ultimate Star can go on his winning way in Race 3, with his stable foreman Will Rixon in the sulky.

“He ran his last half in 56.6 last week, three-wide without cover, so it was a pretty good win,” said Alchin.

“Tonight’s race is a bit tricky and she has a bit of speed drawn inside him, so it won’t be easy.

“But if he races like he did for Will last week, he can certainly win again.

“That might make it a pretty good week for us.”

Penrith July 20: McCarthy, Pizzuto eyeing a treble
Making it in the Big Smoke
Young talent getting a chance to shine
Fitzy needs to watch out for his foreman
About author