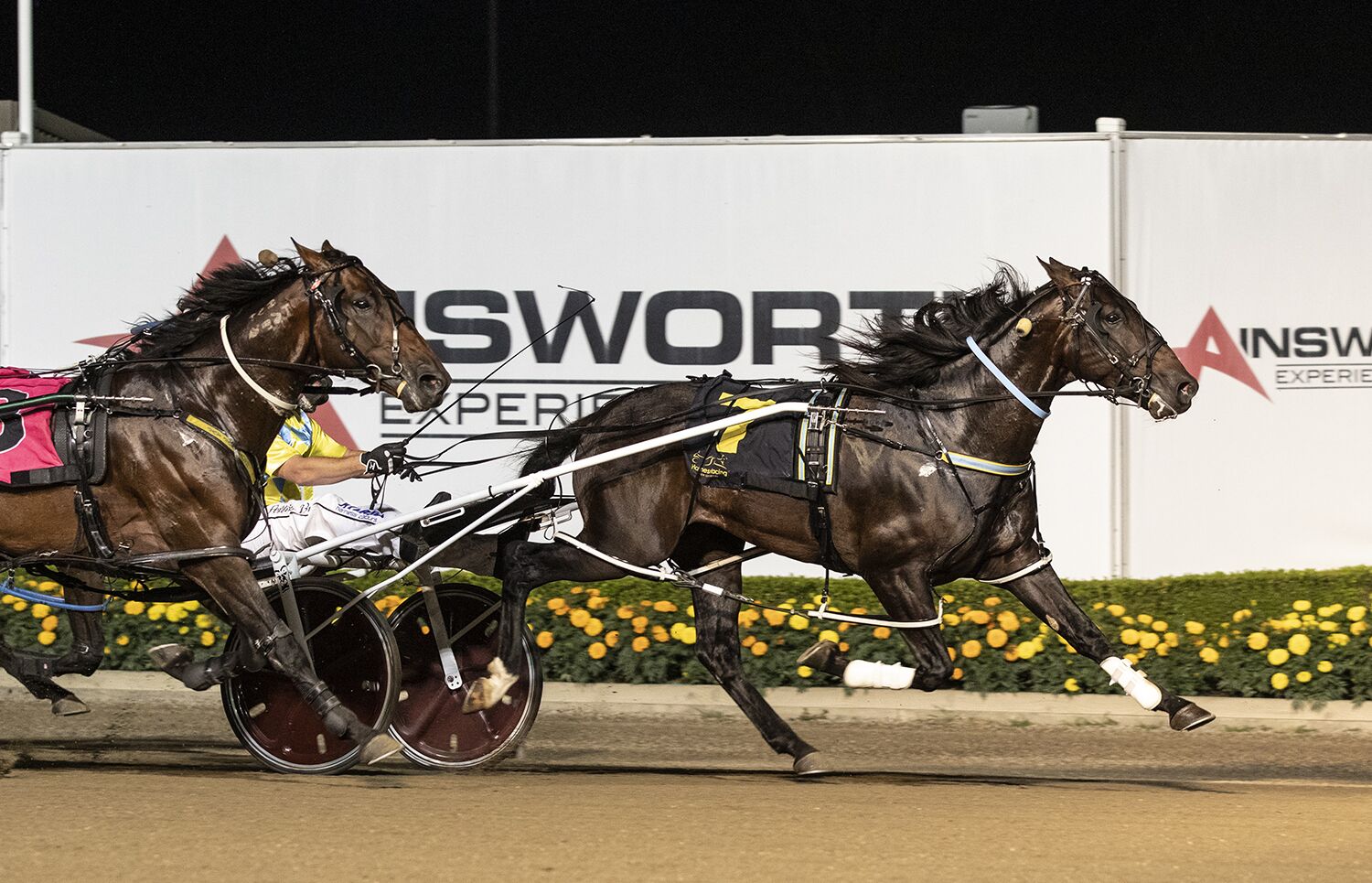 Alchin’s the luckiest of the losers

The Alf La Spina Family Trust own and bred Crunch Time, which finished fourth, but has ‘snuck’ into the field for next weekend’s $200,000 NSW Derby at Menangle.

Crunch Time raced without cover for most of the journey before finishing fourth to Governor Jujon, Percy Bailey and Pradason, which automatically qualified for the Blue Riband.

Despite a couple of scratchings, which reduced the third Derby heat to seven runners, it proved to be the fastest of the night, allowing Crunch Time to earn the final spot in the field.

The fourth placegetters in the other two Derby heats, Smooth Deal and Rockin With Elvis were made emergencies for the classic, suggesting they will be fortunate if they can get a run.

The man with the biggest smile on the night would have been the in-form team of Anthony Butt and his big-spending owners Emilio and Mary Rosati, who have qualified two of their ace three-year-olds, Line Up and Perfect Stride, for the final.

The first Derby heat became something of a procession and landed some big bets when the classy Perfect Stride (Butt) found the front early in the race and led all the way to score a comfortable victory.

Butt had no hesitation taking Perfect Stride straight to the front and defied all attempts to run him down, scoring a 1.7m win over Zeuss Bromac (Gavin Fitzpatrick) with outsider Sonny Weaver (Amanda Turnbull) another 2.1m further away in third place.

New Zealand’s No 1 stable the All Stars team missed a certain Derby run when their main hope Smooth Deal could only finish fourth and has been made first emergency for the 2400-metre Final.

The second Derby heat was not all that much different with the Emma Stewart-trained Pacifico Dream taking the front soon after the start and Victoria driver Kima Frenning setting a snail’s pace in front before going on to score a strong win.

After a lead time of 60.2 seconds and a first split of a leisurely 32.8 seconds, the son of Mach Three had plenty of fuel in the tank for the run home.

Despite late challenges from the $1.65 favourite Line Up (Anthony Butt) and the winner’s stablemate, Mach Dan (Greg Sugars), Pacifico Dream was able to hang on tenaciously to score by a metre-and-a-half in a 1:57.2 mile rate with a last half of 53.3 seconds.

Rockin With Elvis finished fourth and has been made second emergency for the Derby as there’s was the slowest of the three heats.

The third changed in a flash after former Victorian Yoaremysunshine bombed his chances with a little over a lap to travel when he galloped after settling in front for Luke McCarthy.

Yoaremysunshine quickly went inside the markers as the field passed by as he surrendered any chance of making next weekend’s final.

The race was taken out by Victoria Derby runner-up Governor Jujon, with Grant Dixon quickly taking the front when it presented and going on to score a commanding win over the fast-finishing Percy Bailey, with yet another Victorian visitor Pradason third in a 1:56.8 mile rate.

Certainly Dixon was able to dictate term to suit himself and his splits of 31.4, 29.6, 28.6 and home in 26.7 made it difficult for the backmarkers to make any ground on him in the home straight.

Wallacia trainer Michael Leary may have had the unlucky runner in Percy Bailey, coming from three back on the markers, angling wide turning for home and flashing home for third while Crunch Time hung on well for fourth after racing behind the leader for most of the trip.

The final New South Wales Derby field, not in barrier order is: