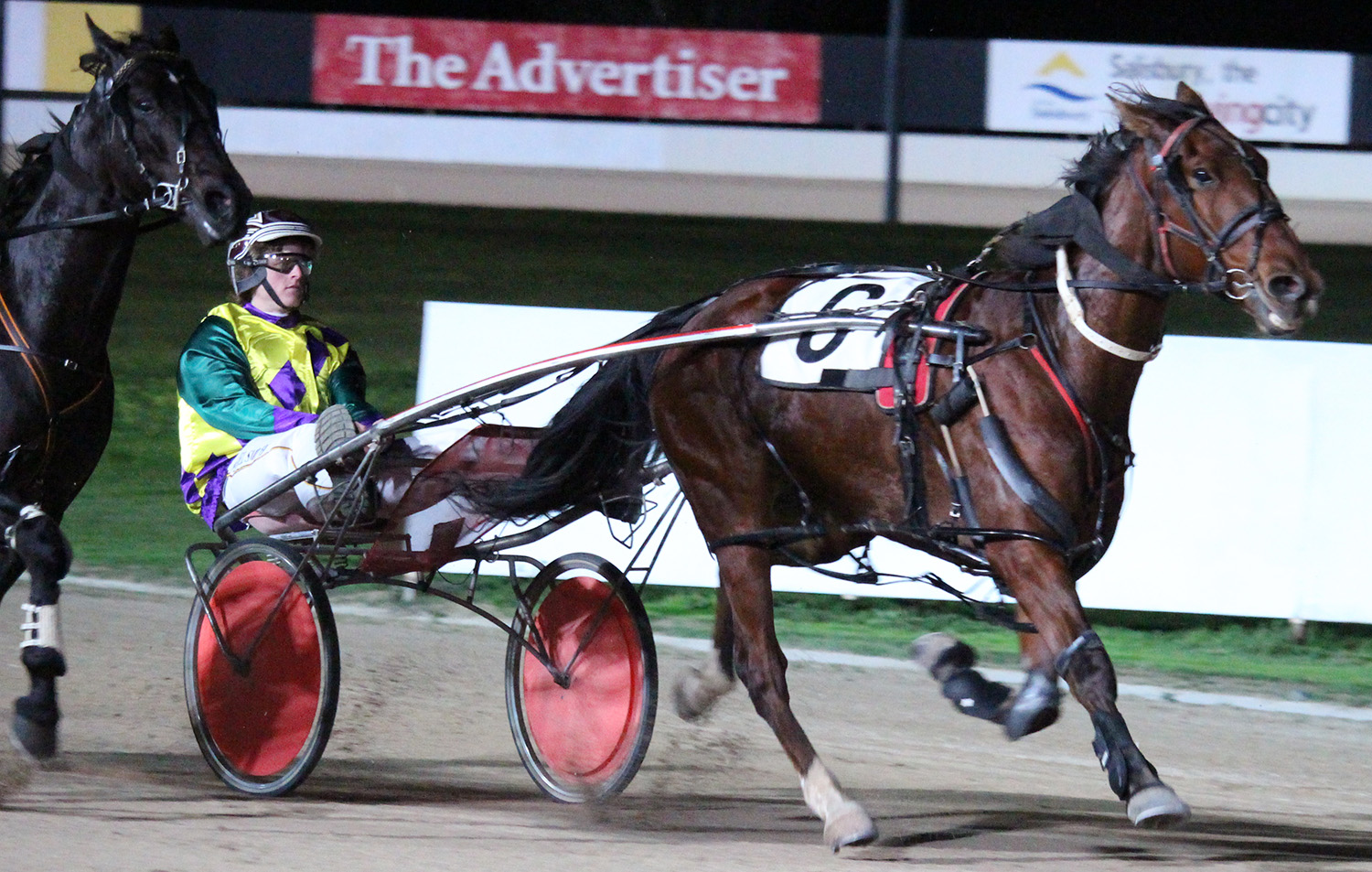 Smith back in the good books

LEADING South Australian concession reinsman Michael Smith showed he had lost none of his skill with a brilliant drive on All Hail Caesar to score at Globe Derby Park on Saturday night.

Smith recently spent several weeks on the sidelines, courtesy of SA stewards, but showed the break had done him no harm with a great drive to land the final.

Coming from gate six, Smith had no option but to ease All Hail Caesar to the tail of the field early and went to the inside with the red-hot favourite Itz Sportz Torque ($1.20) on his outside.

With a lap to go, Don Girardi took Mister Lohi around three wide, and Blackntan, driven by John Hill, followed it up, effectively putting the favourite in a pocket.

“I could see Ryan (Hryhorec) trying to get out on the favourite so I decided to stay inside and was lucky enough to get a good run through,” Smith said.

“Then Angela (Chapman), on Manonthemoon, in front of me came off the fence and went wide to challenge the leader Alto Cumulus so I stayed inside and took the advantage of the lane.

“All Hail Caesar wanted to run up the track a bit in the home straight but still sprinted quickly enough to win.”

The win of All Hail Caesar was Smith’s 34th success for the season and he sits 10th on the SA Drivers Premiership, two behind Josh Holberton.

Holberton managed to overtake Smith while the latter was on the sidelines and the pair should have a good battle in the run to the end of the season.

Russo, who trains at Virginia, paid credit to Smith.

“It was a great drive and Michael deserves all the praise,” Russo said.

“The horse has been racing well, but just without luck, and tonight everything went right for him.”