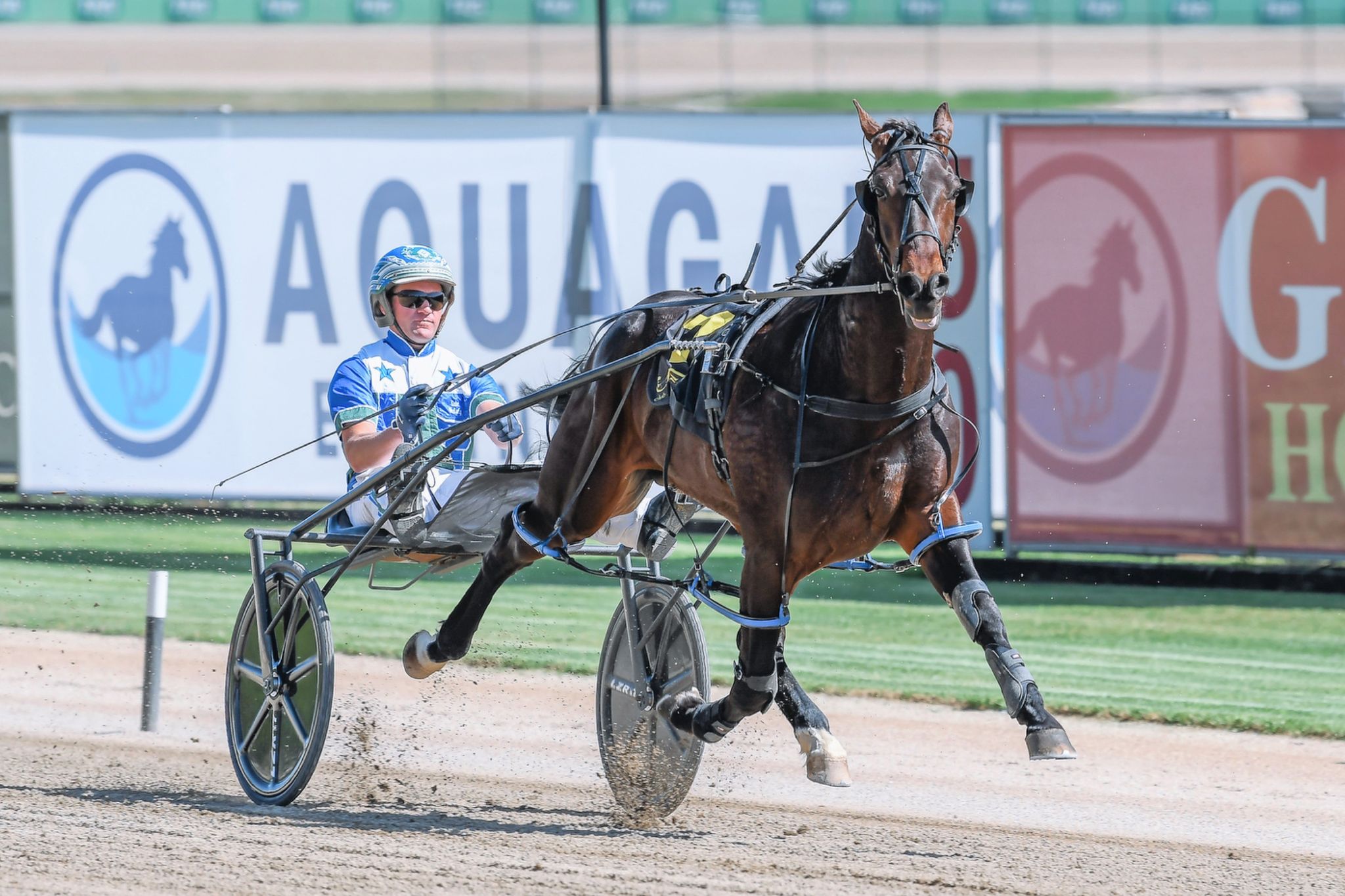 All the Banta’s about the ‘Bar Room’

Cross6 McCarthy9 Menangle216
FRESH from a winning treble at Menangle on Saturday night, the Craig Cross-Luke McCarthy combination could waltz away with all three heats of the...

FRESH from a winning treble at Menangle on Saturday night, the Craig Cross-Luke McCarthy combination could waltz away with all three heats of the NSW Breeders Challenge at the south-western Sydney circuit this afternoon.

Three of the stable’s big guns, King Of Swing, Bettor Enforce and No Win No Feed stole the show at Menangle last weekend.

Yet some of the lesser-known and possibly future stars will keep the stable flag flying today.

Former Victorian colt Electric Eye will have his first start for Cross when he tackles the first two-year-old colts and geldings’ heat of the Breeders Challenge after being transferred here from the David Aiken stable.

Electric Eye has a win and two placings since resuming from a spell for Aiken and has been installed an early $1.80 favourite after drawing perfectly in gate two and showing plenty of gate speed at his previous runs.

Cross and McCarthy will be confident of annexing the second colts and geldings’ heat, (Race 5) with the impressive Bar Room Banta ($1.55).

Bar Room Banta had his first start for the stable since being sent up from Victoria by Michael Stanley and looked to be something special as he shot away to an impressive 26.4m win over the talented Platinum Stride at this track last week.

Even though he faces some stern opposition from last start Menangle winner Captain Crusader as well as Bettors Hope and Swayzee, Bar Room Banta has also shown terrific gate speed in both his past two wins and McCarthy will be expecting to find the front or sit outside Captain Crusader and be too strong.

The stable looks to be just as dominant in the lone two-year-old fillies’ heat where Cross has two starters in Soho Almasi and former Queensland filly This Ones For You.

While McCarthy already has a Menangle win, in quick time, with Soho Almasi, who was also sent here from the Michael Stanley stables in Victoria, he must have been tempted to switch and drive This Ones For You, who has joined the Cross stables from the Jack Butler barn north of the border.

Following a string of trial wins, This Ones For You scored a first-up win at Albion Park in February and has since had three trials to prepare him for the Breeders Challenge.

Listed at $26 in early markets, he may prove the surprise packet of a race laden with talent, including the Pink Bonnet winner Girl From Oz.

Emma making her mark in a winning team
Blake watches from afar as Gimondi chases a Crown
Cash N Flow best of the Late Mail for Menangle
Exciting prizemoney increases for NSW trotters in ...
About author