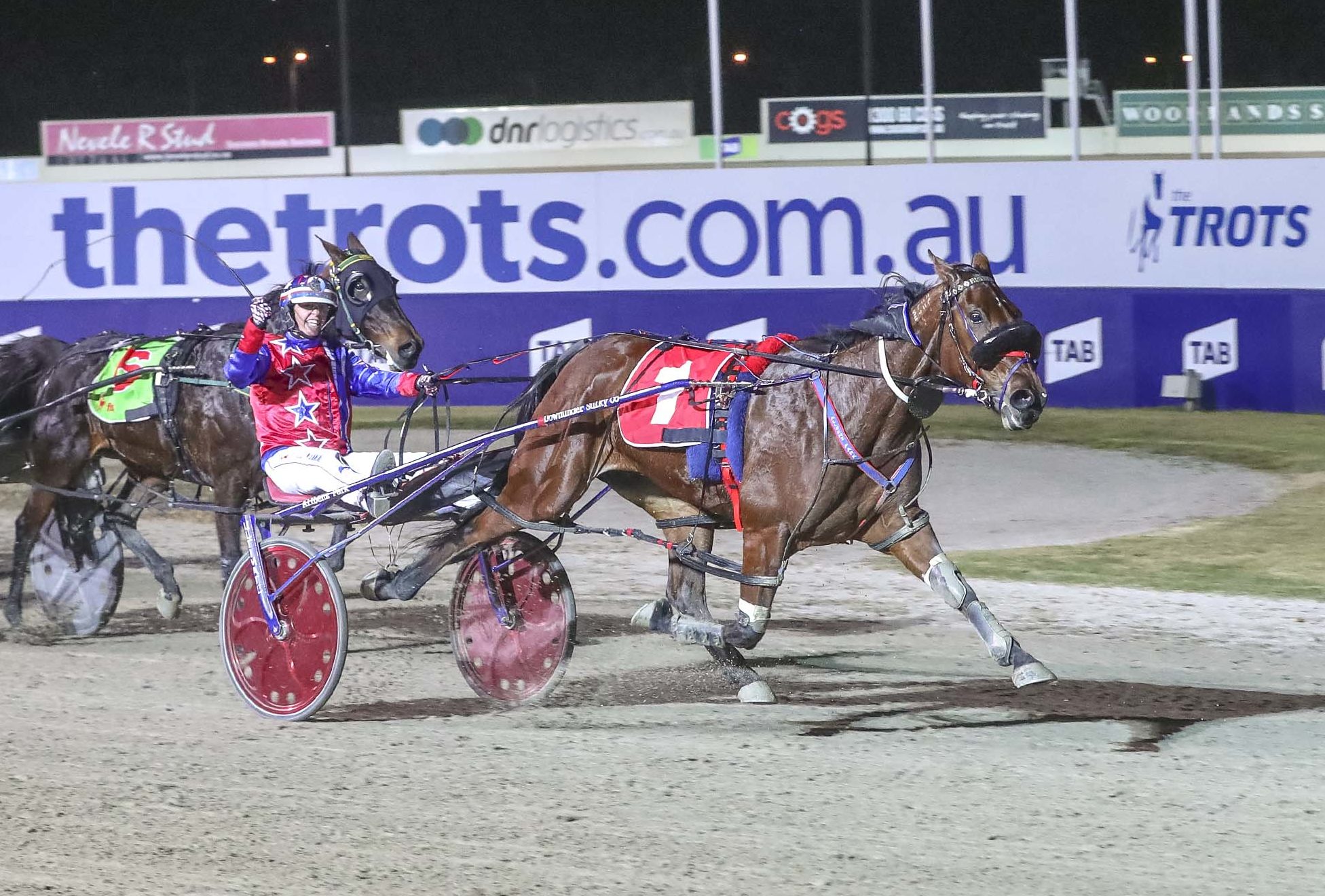 AMERETTO READY FOR A SHOT AT ‘THE KING’

FRESH from a stunning win in last Saturday night’s Queens Of The Pacific, star mare Ameretto is ready for another crack at “The Big...

FRESH from a stunning win in last Saturday night’s Queens Of The Pacific, star mare Ameretto is ready for another crack at “The Big Guy”.

Racing in the form of her career after winning her first Group 1 last weekend and earning more than $545,000 in stakes, Ameretto will attempt to do what many pacers have found impossible in recent years – take on Lennytheshark and beat him on his home turf.

Ameretto’s win was one for the ages and her trainer-driver Kerryn Manning obviously had little hesitation pitting her stable star against one of Australia’s greatest-ever pacers in Saturday night’s $20,000 Golden Reign Free-For-All at Tabcorp Park Melton.

The stage is set for quite a showdown as Ameretto has drawn barrier eight, the inside of the second row while Lennytheshark has drawn right beside her in gate nine.

Ameretto is drawn to follow out $51.00 outsider Kotare Roland who is not expected to have enough gate speed to hold the lead.

That in itself will make Manning’s task even tougher as she will no doubt look to get away from the pegs and may be forced to follow Lennytheshark into the fray.

Despite finishing a close second to Vinny Chase at Cranbourne last start and running second at both his runs since spelling, Lennytheshark still shows no signs of slowing and his second placing at Shepparton recently saw him surge past the $3m mark in earnings.

Lennytheshark has been listed as a $2.20 favourite for the Golden Reign FFA while Ameretto is a $4.50 chance.

Frenning was almost apologetic when she nailed the champ at Shepparton but bookmakers are much more wary this time and she is $4 second favourite to repeat the dose over Saturday night’s distance of 2240m.

Jet to continue soaring to grand heights
Name The Race and win!
Empire to return to winners’ bay
Better late than never
About author