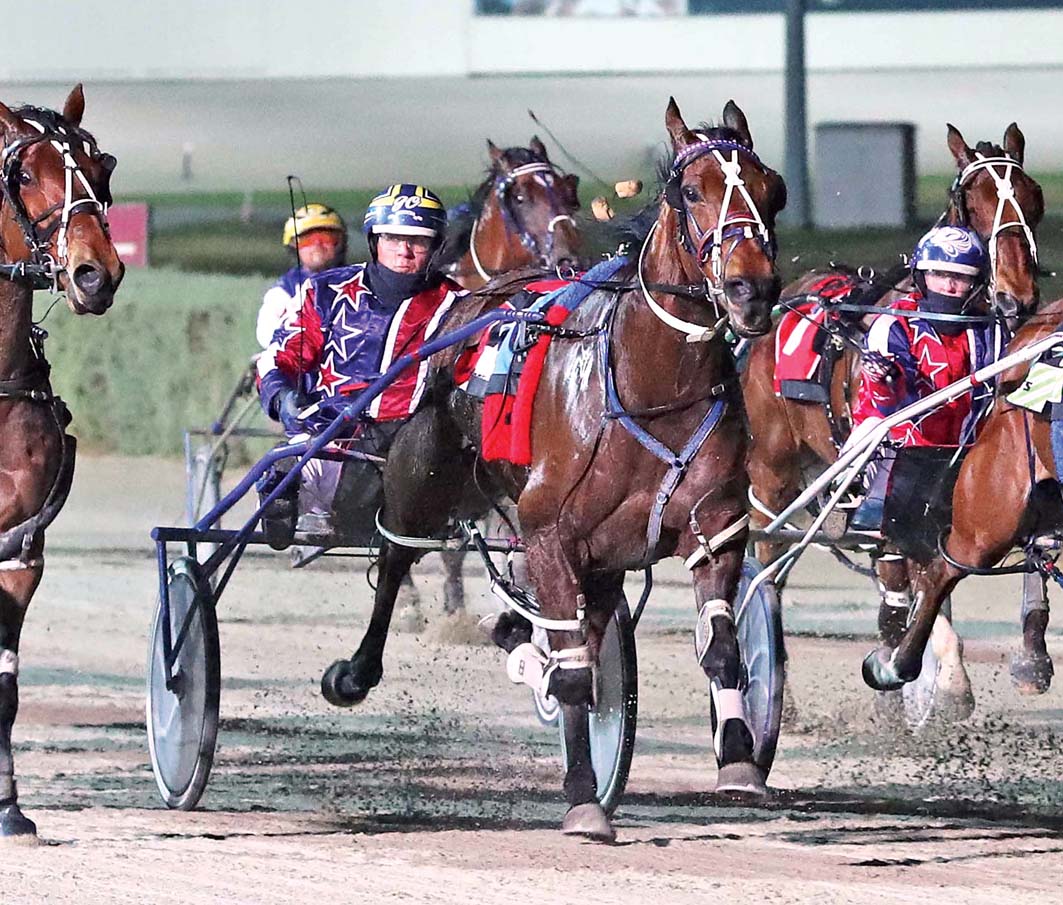 Another Cup win on the horizon

THRIVING since arriving in South Australia, smart pacer Our Jericho is expected to have no trouble adding another Cup to his tally this weekend....

THRIVING since arriving in South Australia, smart pacer Our Jericho is expected to have no trouble adding another Cup to his tally this weekend.

The son of Tomahawk has had six starts as a local for four wins and a second, with his victories including the Gawler and Port Pirie Cups.

It should be noted Our Jericho’s unplaced run was an eye-catching fourth in the South Australia Cup.

This time around Our Jericho, which will be driven by Dani Hill, will tackle Sunday’s Victor Harbor Cup for trainer Les Harding, who is confident of success despite the gelding being the sole runner along the second line.

“He is a high class horse which can definitely overcome the draw,” Harding said. “Since he got here he has a done a fantastic job and I can’t see any reason why that will stop.

“His work has been great during the week and he is the one to beat.”

When searching for Our Jericho’s main danger Harding simply had to look across to another stall at his stable.

Drawn the outside of the front row, Bettor Party poses the biggest threat as he searches for a breakthrough Cup win.

The eight-year-old has been among the placings in four of his last five Cup appearances.

“Bettor Party hasn’t drawn the best, but it’s only a small field, so no matter he settles he shouldn’t be far away” Harding said. “He’s racing and working well and only needs that touch of luck to come out on top.”