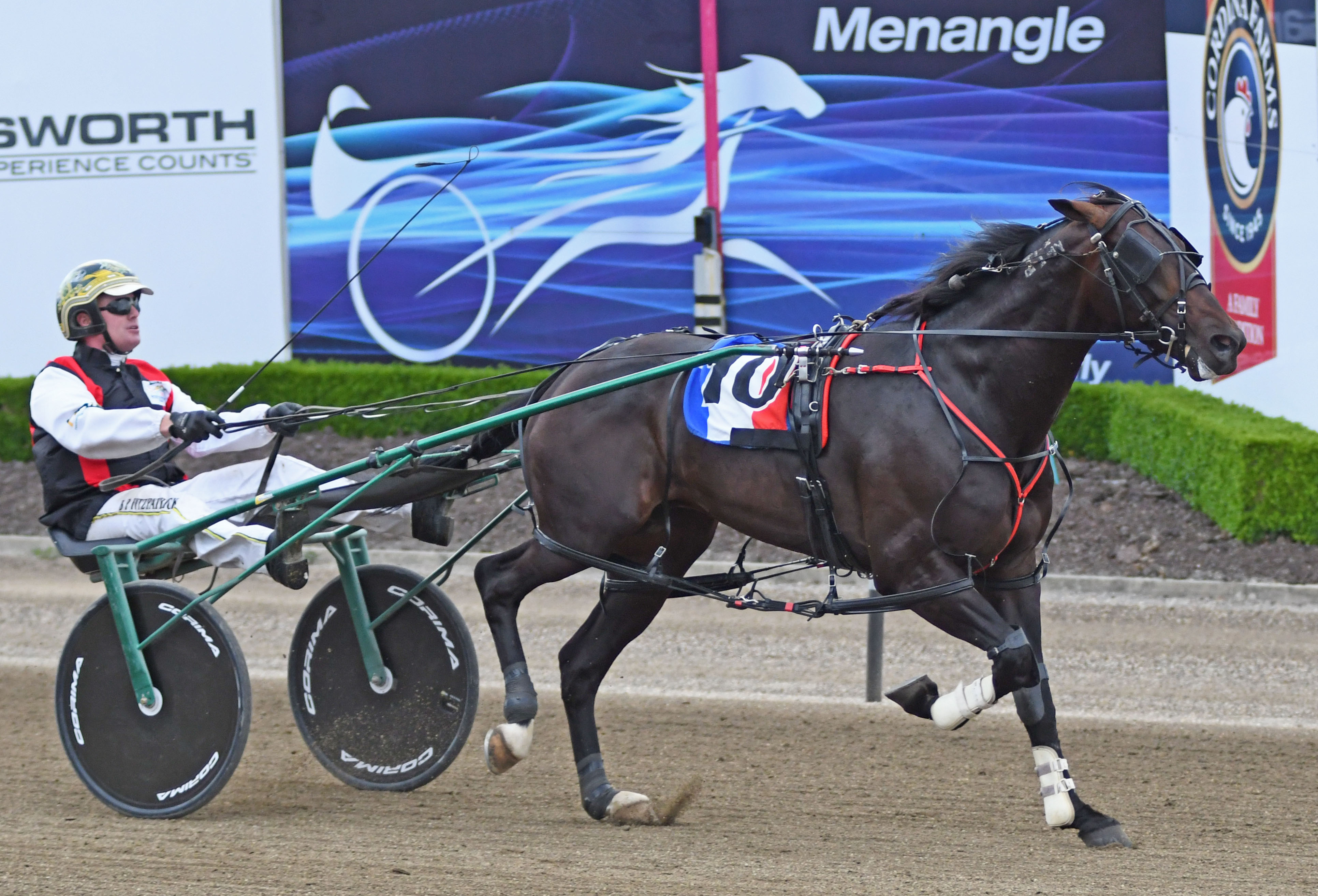 Hail Christian will chase a Miracle Mile start when he tackles the upcoming Newcastle Mile.

Another squaregaiter makes the move

CHAMPION reinsman Blake Fitzpatrick’s feet have barely touched the ground in the past week or so. The Cawdor horseman last week had his first...

CHAMPION reinsman Blake Fitzpatrick’s feet have barely touched the ground in the past week or so.

The Cawdor horseman last week had his first trip to Tamworth for their Golden Guitar carnival and enjoyed the racing there so much that he vowed he would return for another crack in the future.

Then he was off to Melbourne to handle Mach Da Vinci for New Zealand trainer Paul Court, which finished sixth behind Line Up in Saturday night’s Victoria Derby at Melton.

And as he loaded up the trailer to head for Menangle this afternoon, Fitzpatrick admitted he was feeling a little bit jaded from all the travel but was looking forward to another successful day in the sulky.

He’ll open his account with promising former New Zealand mare Adelle in Race One, with the lightly-raced trotter chasing her fourth straight win and her first since a spell in this 1609-metre mobile.

Fitzpatrick has got the feel of Adelle, part-owned by former Kiwi trainer Nicole Molander, with two easy Menangle trials and she should be ready to show her best.

“They decided to send her to Sydney for the four-year-old Foundation Series, so that’s how I came to get her,” Fitzpatrick said.

Fitzpatrick is renowned as one of Sydney leading trainers of square-gaiters, with at least a dozen of his team being trotters, alongside about 25 pacers.

And he has also forged a successful partnership with leading New Zealand trainer Paul Court as well.

“I drove Terror To Love for Paul’s father Graeme Court in an Inter Dominion and we became pretty good friends,” Fitzpatrick said.

“I met Paul shortly after that and he loves Sydney racing and sends a few horses over here to race now and again – he currently has three over here.

“He may send more in the future. He shuffles between here and in New Zealand where he has about 30 horses in work as well.”

Fitzpatrick will drive Hail Christian with Court setting him for the Newcastle Mile in the hope of earning a spot in the Miracle Mile.

Total Diva tackles Race Five at Menangle today, where she has been listed as the $2.75 favourite in a mares’-only race.

“She went well last week and should be hard to beat,” Fitzpatrick said.

Fitzpatrick also has ace trotter Caligula, ($3.50) in Race Twotoday, a nice trotter the horseman says is beginning to mature and relax in his races.

Day after a night to remember
Aussie Aussie Aussie – McCarthy makes us pro...
Group One winner returning after 18-month absence
Main piece of the totem pole?
About author