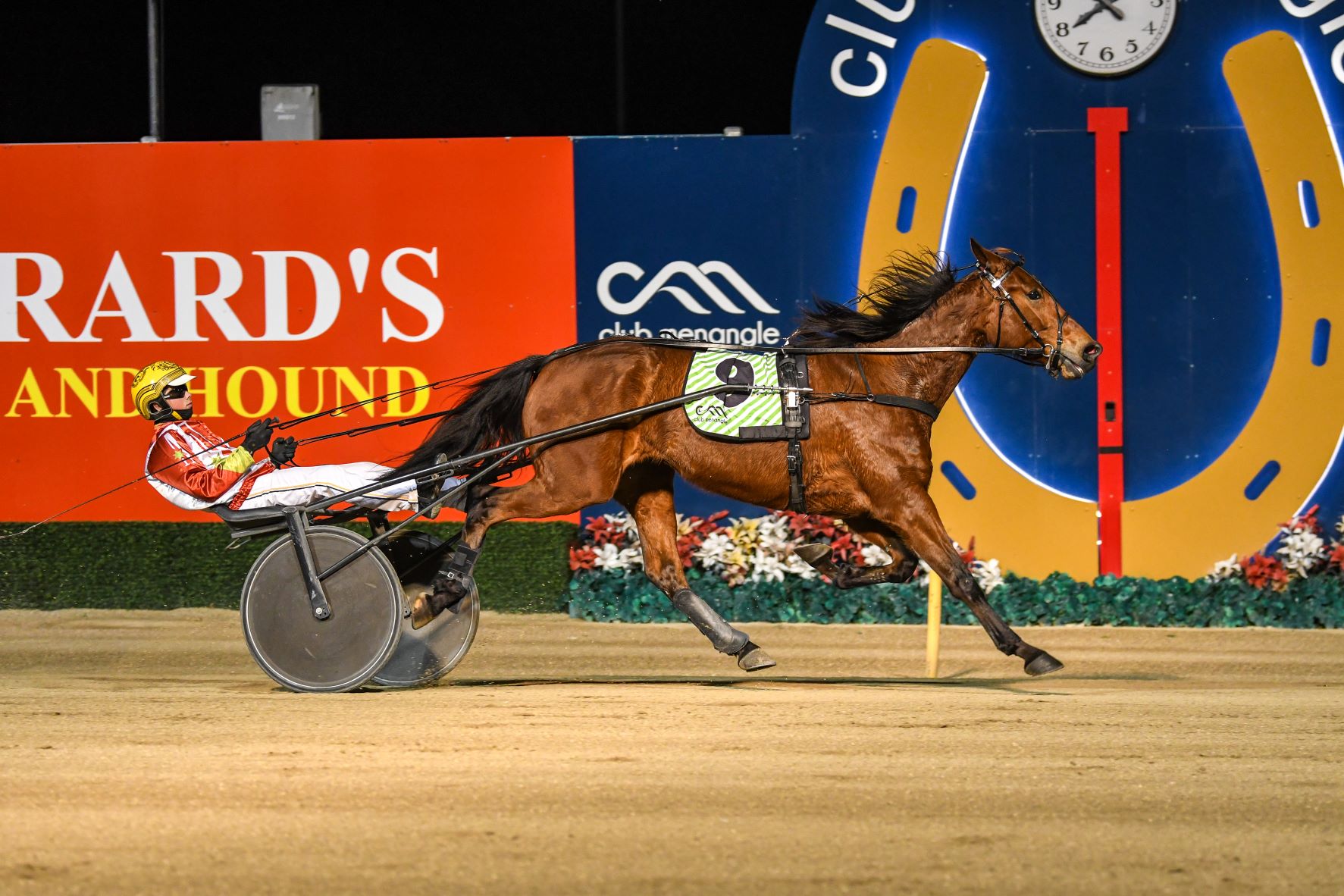 Another treble could be on the cards

While he has found a happy home working with Belinda and Luke McCarthy at Cobbitty, Callaghan, who turned 20 yesterday, is quickly drawing interest from other trainers who have been impressed by his strike rate.

With 97 winners already this season, Callaghan could easily crack the triple-figure mark today with six good chances on the eight-race card.

Three of those will be for the McCarthy stable, with Don Lou (Race 4) and Just Dessy (Race 7) both well backed to win their respective races.

Still Callaghan’s best chance looks to be the classy Pacman Hammer ($1.85), a runaway winner at Menangle last week for trainer Pete Russo and perfectly drawn in gate two for a repeat dose today.

Callaghan was still on a high yesterday after up-and-coming star square-gaiter Aldebaran Revani blew away some of the state’s top trotters to capture the $20,400 trotters Mile in a slick 1:53.9, beating the classy Funky Monkey by 8.2m with Drop The Hammer a further seven metres back in third place.

“She’s got plenty of scope and she’s such a pleasure to drive,” Callaghan said after scoring on the American-bred mare.

“Remember, she’s only had 15 starts, so she’s still learning what it’s all about.

“She does feel like she can go even quicker but after we burned out of the gate, I tried to give her a bit of a breather in the second quarter and she came back to me really well.

“That 26.5s first quarter is pretty slick for a trotter and she did it quite comfortably.

“This horse just loves the work and I have to thank Duncan McPherson for letting me drive her.

“When Luke and Belinda [McCarthy] came back from Queensland, I half expected Luke to take all the top drives.

“But I am so glad they have been happy for me to keep driving her.”

Callaghan explained that he came to Sydney to drive for Team McCarthy, content in the knowledge he would normally be aboard the second or third stringer in most races.

“Then Todd McCarthy moved to the US, and that moved me up a bit in the pecking order,” he said.

“I have no plans to train, at this stage, but I am learning a lot about what’s required by working with Luke and Belinda.”

Your race-by-race guide to Menangle Saturday night
Mike Ko’cass with all the winners for Menang...
Late Mail for Menangle Tuesday with Mike Ko’...
Barrier draw throws up many Chariots Of Fire optio...
About author