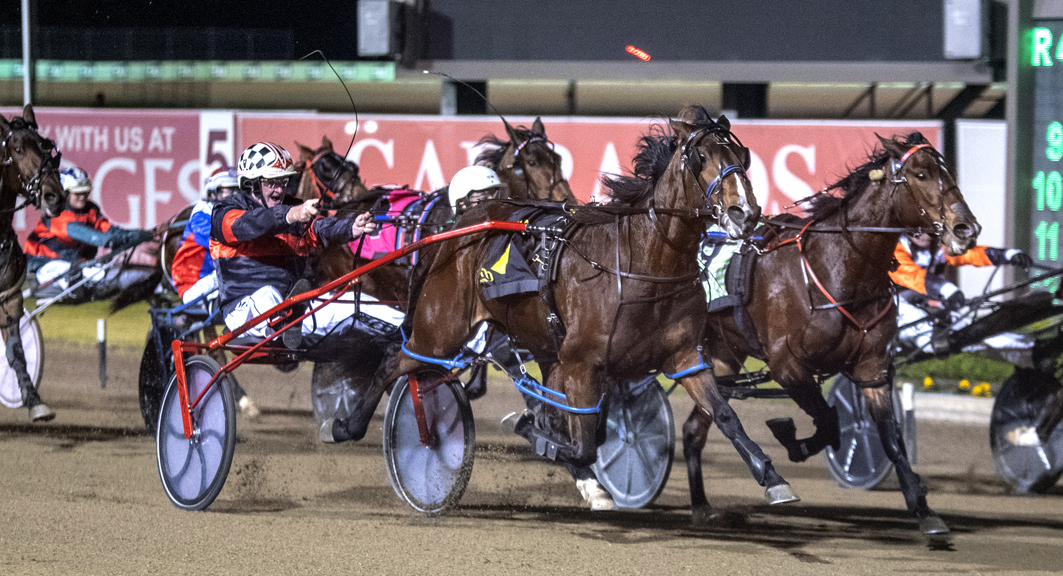 Another upset on the cards?

HAVING caught most punters and her opponents off guard at Tabcorp Park Menangle a fortnight ago, Vincenzina will have to produce another surprise performance...

HAVING caught most punters and her opponents off guard at Tabcorp Park Menangle a fortnight ago, Vincenzina will have to produce another surprise performance if she is to make her way into the winners’ circle during the weekend.

Set to return to the world class venue on Sunday, Vincenzina is engaged in a New South Wales Breeders’ Challenge Final for trainer Ross Adams.

The daughter of Betterthancheddar sealed her position in the Group One by causing an upset in her semi-final.

Paying $34 with the TAB, Vincenzina scored from series favourite Pelosi in 1:54 to take her record to three wins and a second from five starts.

“I was pleasantly surprised she won her semi, but it didn’t come as a shock to me,” Adams said. “I felt she was in with a good showing if she got the right run.

“She had never raced the favourite before but had competed against most of the others and handled them well.”

After drawing the outside of the front row in the $125,000 decider Vincenzina is midrange in betting at $15 with TAB Fixed Odds.

“The draw has certainly set a task for her,” Adams said. “It was going to be hard enough in that race without the draw making it harder.

“From there we will have to go back at the start as I reckon there will be a lot of pace on and it’ll be too hard to slot into a position early.”

Pelosi remains a $1.70 favourite from barrier five with Adams expecting the Australian Pacing Gold champion to prove too good if left to her own devices.

“If the favourite has it too easy then I can’t see her being beaten,” Adams said. “Our best chance if for the speed and pressure to be on so we can come from behind.

“If they walk up front early and you’re not in the first half of the field you haven’t got much hope.”