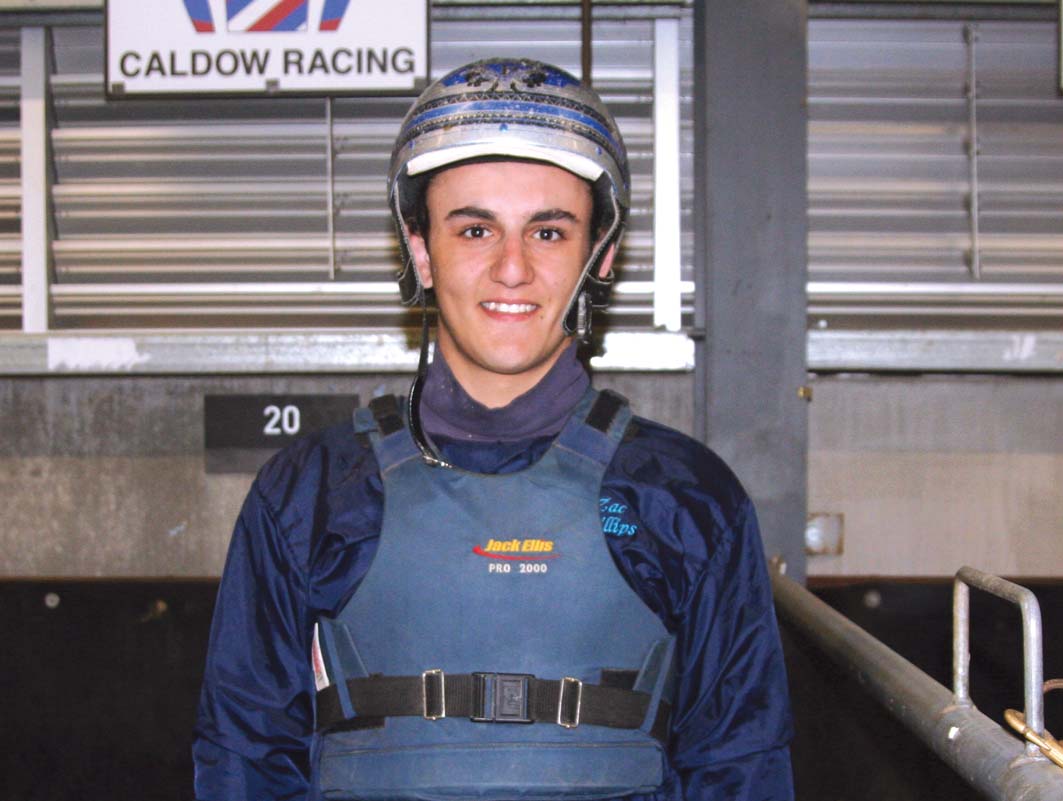 VICTORIAN reinsman Zac Phillips is set to enjoy a weekend mixed with work and leisure.

Similar to Phillips, Hryhorec is enjoying a combination of work and a stewards’ enforced holiday from the sulky.

As such, Hryhorec offered the drives to his interstate counterpart who was quick to take up the offer.

“I didn’t have much on in the way of drives close to home, so Ryan said I should come over and drives his and he’d organise a couple more for me,” Phillips explained.

“So I’ll be going over on Saturday and heading back the next morning.

“Hopefully I can get a win and then Ryan can show me how they celebrate in Adelaide.”

Phillips first engagement on the card is with the Jeremy Seal-trained Bobbies Delight, which has drawn barrier six in his first run from a break.

“He hasn’t raced for eight weeks, but his form before heading for a break was solid,” Phillips said.

Phillips will then partner Torque Of Courage, Changing Code and Forte Courage for Hryhorec.

He also has drives for trainers Michael Dennis and Luke O’Neill.

“My drives for Michael and Luke have drawn the pole, so with a bit of luck we can take advantage of that,” Phillips said.

“Ryan’s horses have drawn six, eight and four with some handy types in the field, so I guess we will have our work cut out for us.”