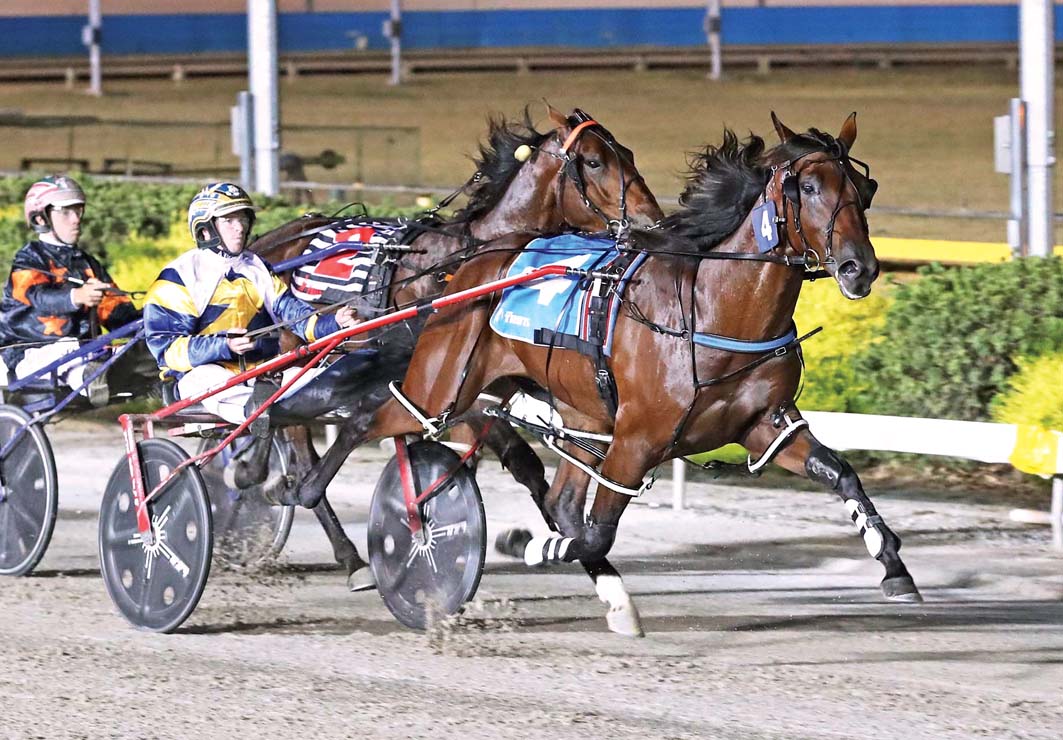 With five qualifiers conducted for the colts’ and geldings’ division, three of APG’s ‘boys’ were triumphant.

Soho Thunderstruck got the ball rolling in the opening heat when he led throughout to score from Tsunami Charlie and Bettor Sport.

Trained and driven by Michael Stanley, the son of Art Major rated 1:55.9 over 1730 metres to break his maiden at his fourth start.

Also setting the pace before accounting for Hit The Track and Masons Delight, Uncle Jord continued his impressive form with a solid 1:57.7 performance.

Prepared by astute horseman Chris Frisby, the son of Rock N Roll Heaven has won three of his four outings.

Abouttime rounded out the trio by maintaining his perfect record for the Nathan Jack stable.

With Jack in the cart, the gelding overcame his second row draw to beat First String and Harvey Specter in 1:57.8.

The son of Art Major has won both his starts in impressive fashion, including the Victorian Sapling stake upon debut earlier this month.