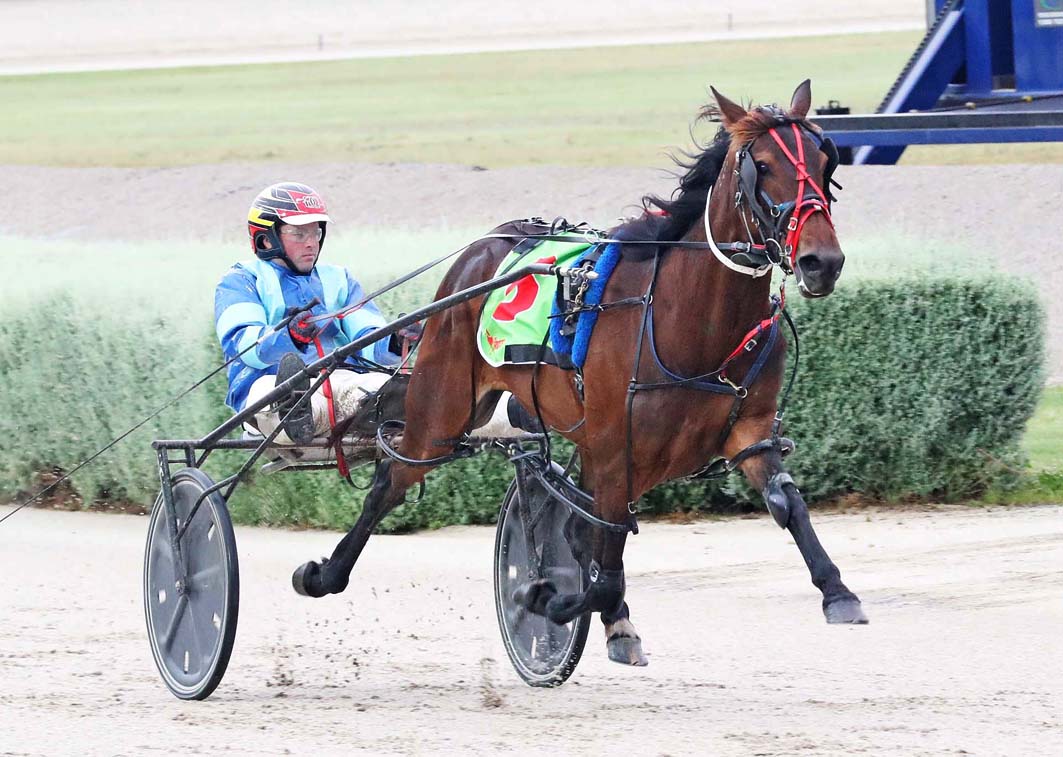 APG graduate too slick in USA

AUSTRALIAN Pacing Gold purchase Amelias Courage scored in a personal best time at The Meadows last night. After stalking the leader from the pocket...

After stalking the leader from the pocket Amelias Courage captured the Filly and Mare Open Handicap Pace in impressive style.

When Dan Rawlings pointed her inside, the daughter of Courage Under Fire shot past Touchamatic to complete a 1:51.3 win.

Amelias Courage was making her fifth domestic start since owner Thomas Mattingly and trainer Richard Perfido imported her from Australia.

Mike Wilder collected four victories on the 13-race card — including a pair for trainer Jason Robinson — giving him eight over the past two programs.