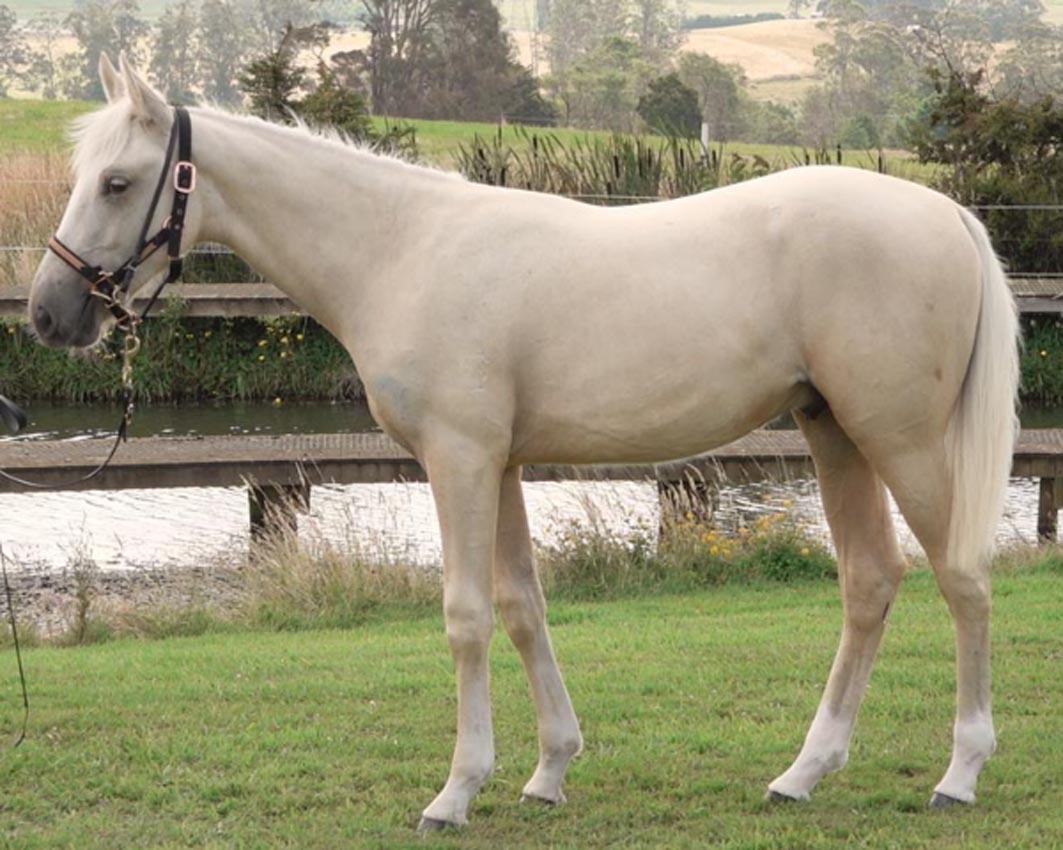 HAVING already established what is an Australian – and believed to be a world – first several years ago, breeding enthusiast Kerrie Hymers is...

HAVING already established what is an Australian – and believed to be a world – first several years ago, breeding enthusiast Kerrie Hymers is poised to create another record next weekend.

By purchasing specific stallions and mares, Hymers achieved the ‘ultimate result’ by breeding the only registered palomino standardbred in 2018!

By buckskin stallion Arctic Cat, the filly is from Ablazin Storm, which is a half-sister to 2000 Miracle Mile runner Ablazin Star.

Arctic Cat is a son of buckskin skewbald sire, A Bit Of Bling, and chestnut mare, Van Goddess.

A Bit Of Bling is also believed to be one of less than a dozen standardbreds of his colour in the world.

Unraced, the filly has been named Angelic Cat.

As for her pending milestone, Hymers is offering a palomino during Sunday’s Australian Pacing Gold Sale in Melbourne.

Listed as Lot 136, the colt is also by Arctic Cat from chestnut broodmare, Rainbow Banner.

The youngster is believed to be the first palomino standardbred offered at a yearling sale.

“Like the filly this colt is the ultimate designer baby,” Hymers said. “It has taken three generations and genetic testing for colour to produce them.

“The process included selecting mares with the right colour and a good pedigree to add some strength on both dams’ side.

“I wanted to get some colour and keep the cream gene going, but the ultimate aim was a palomino.

“It’s been a challenging and a long process, but I’m so happy we got there.”

While the colt has ‘cream’ ancestors, it is unclear whether they were buckskin or palomino.

Delving as far back in Angelic Cat’s family as electronic records allow, Watson’s Creamy Mare is the first of the clan to registered as ‘colour’.

Also cream, Milky Way is the first member of the family to have a listed foal date – September 1, 1911.

Evicus’ status as champion has been debated throughout the years as the mare never won a race during the series, but was awarded the title on points.

Although listed as a black mare, Evicus is reported to be ‘smokey grey’.

Milky Way is also the dam of Icevus, which won a heat of the 1940 Inter Dominion before being involved in a fall during the Final.