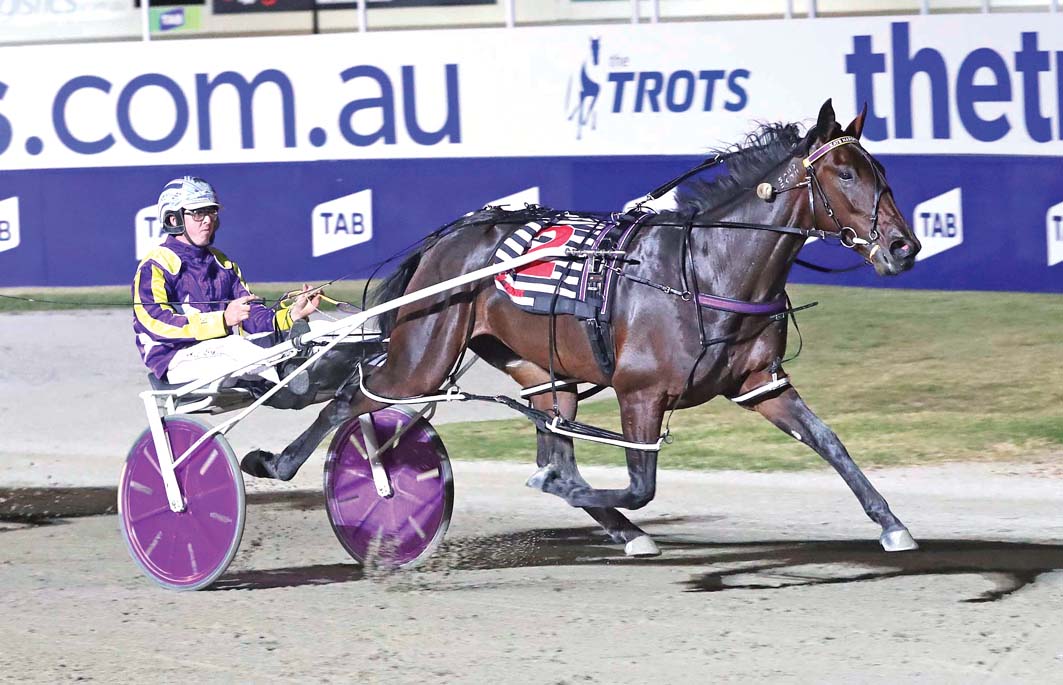 MISTAKE, luck or fate…it’s hard to decide what led to Ideally Say Yes making her way into Kate Hargreaves stable.

After studying last year’s APG catalogue, Hargreaves and Alex Ashwood headed to the Melbourne Sale with several yearlings in mind – only to see each sold beyond their budget.

Having succumbed to the fact they were heading home without a purchase, Hargreaves heard a Lot being sold for a “cheap” price.

Turning to point out the final bid to Ashwood, Hargreaves was surprised to learn it was Alex who was the buyer.

“Alex quickly saw the yearling in the parade ring and thought it looked alright, but that was about it,” Hargreaves explained. “Then the next thing I know he has bought a colt.

“Without really looking into it at all, he bought it. After it was knocked down to him we also found out he bought a filly!

“Then after going to look at it properly, we found out her knees weren’t the best, so I wasn’t very happy with Alex.”

As a saviour to Ashwood ’s wellbeing, the filly quickly showed potential, which has ultimately led to the daughter of American Ideal gaining a berth in Saturday night’s Australian Pacing Gold Final at Tabcorp Park Menangle.

Ideally Say Yes forged her way into the $328,000 decider by capturing a heat at Melton three weeks ago.

“She has taken a bit of work, but now she is beautifully gaited and is turning into a great buy,” Hargreaves said.

“Winning her heat was fantastic and now it’s pretty exciting to have her in the Final.”

To be driven by Ashwood, Ideally Say Yes has drawn barrier three, but moves into two with the removal of the emergency.

“She has been training on well since her heat and will run a good race,” Hargreaves said. “She’s got a good draw and can hopefully get some luck in the run.

“Soho Nolita is the one to beat, but the wide draw makes it tough on her. It seems like a pretty even field overall and could come down to the one with the most luck on the night.”