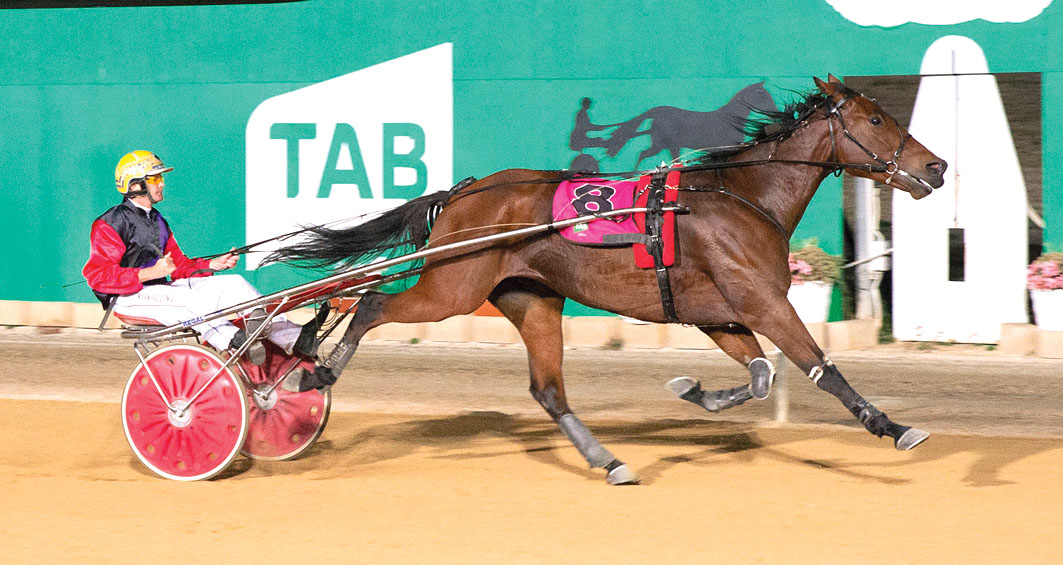 AT HIS BEST: The Penny Drops

At last, it seems the Penny has ‘dropped’

NO horse deserved to seal a spot in the TAB Inter Dominion Trotters Grand Final more than five-year-old Victorian gelding The Penny Drops.

Reinsman Grant Campbell later admitted he had flirted with the idea of going to ‘death chair’ early in the race but decided he was quite content to remain in about fifth position and keep his power dry for the run home.

“I probably looked after him a little too much in the second round at Bathurst,” said Campbell after The Penny Drops beat Kyvalley Chief, Just Believe and Illawong Stardust in their last shot at qualifying for the big one.

“But we had a good blowout tonight, he was nice and keen early.

“He races well from the death and would have been quite happy there but we stayed where we were and got the job done.”

When asked if the 3000m would suit The Penny Drops in the final, Campbell could barely contain his smile.

“Actually its still a bit short for him,” he grinned.

“He sat in the death over 3200m at Kilmore one day and he was dead-set only warming up in the final lap.

“I would love the Grand Final to be even longer than that.”

Everyone who watched the action at Newcastle would have left the track feeling the Trotting Championship was far more open that the Pacers Championship – and tomorrow night’s barrier draw will be more vital than ever.

Little brother doesn’t need Elder advice
Clash of the big guns at Newcastle
Callaghan calls on Morgan to add to his good seaso...
Blake up for a busy night at Newcastle
About author