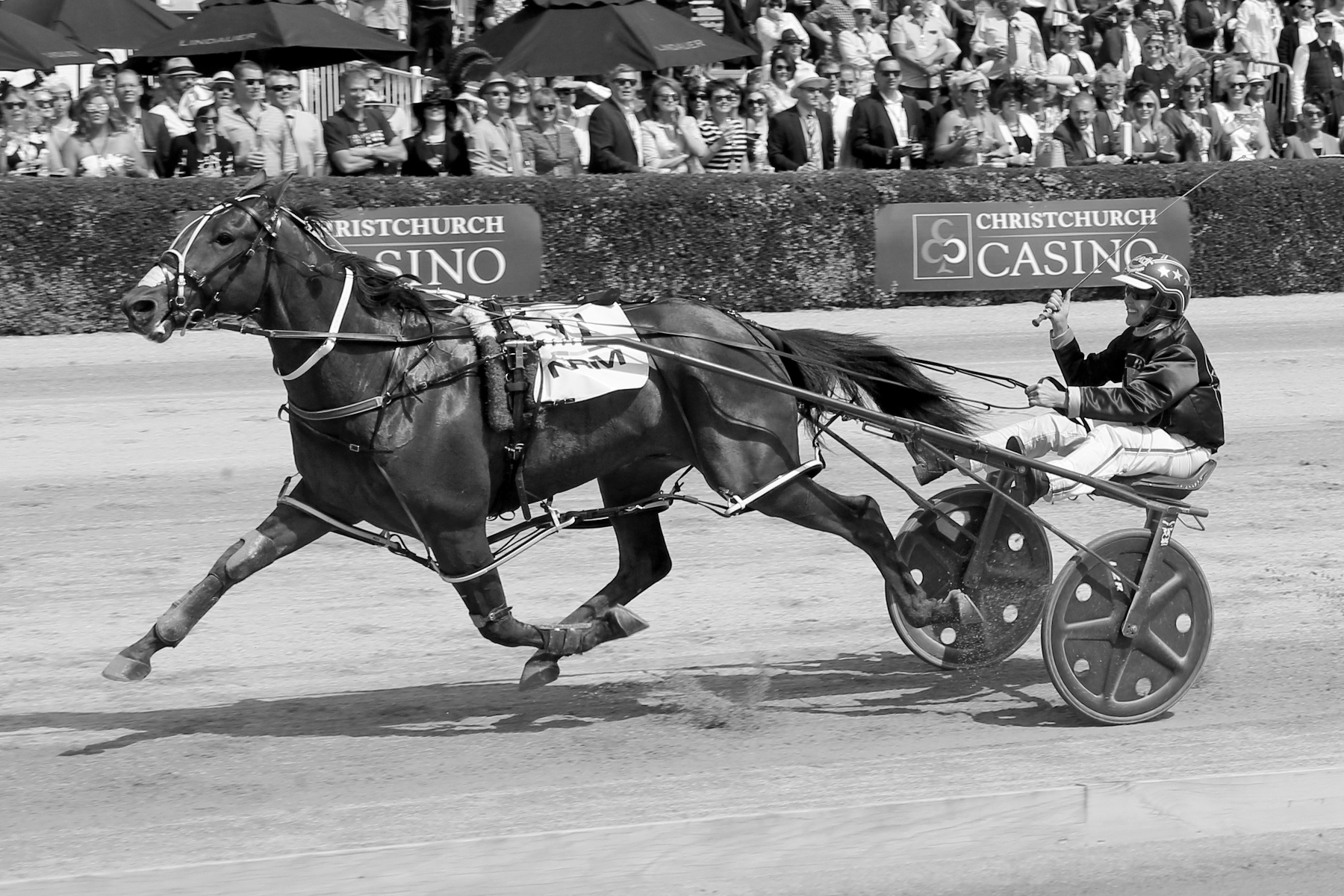 Addington2 Chase Auckland1 Mark Purdon7 Natalie Rasmussen3 New Zealand9 NZ10
A TRIP across the Tasman is tentatively on the cards for unbeaten youngster Chase Auckland. Fresh from his Group One success in Addington on...

A TRIP across the Tasman is tentatively on the cards for unbeaten youngster Chase Auckland.

Fresh from his Group One success in Addington on Tuesday, co-trainer Mark Purdon revealed the Victoria Derby was a distinct possibility with the gelding.

“We have a few nice three-year-olds in the stable and the Victoria Derby is a race we will be considering with them, including Chase Auckland,” Purdon said.

“For now we’ll just see how he gets through today’s run and go on from there.”

As such, the classy pacer emulated his father – Auckland Reactor – which annexed the Final in 2007.

Ironically, father and son boast identical records at the same stage of their career – five wins!

Trained by Purdon, Auckland Reactor was a late nomination for the series, with the outstanding colt going on to win his first 17 starts.

“I talked Auckland Reactor’s owners into making a late payment back then and the rest is history,” Purdon said.

Accounting for King Of Swing and Cullenburn, Chase Auckland rated a record 1:52.2 over 1950m, with his time 4.8s quicker than his sire.

In fact, Chase Auckland’s time is seven-tenths of a second quicker than Auckland Reactor’s best time as an aged horse.

“At this point you have to say he’s going as well as his sire was, but Auckland Reactor went on with it and he still has a way to go,” Purdon said.