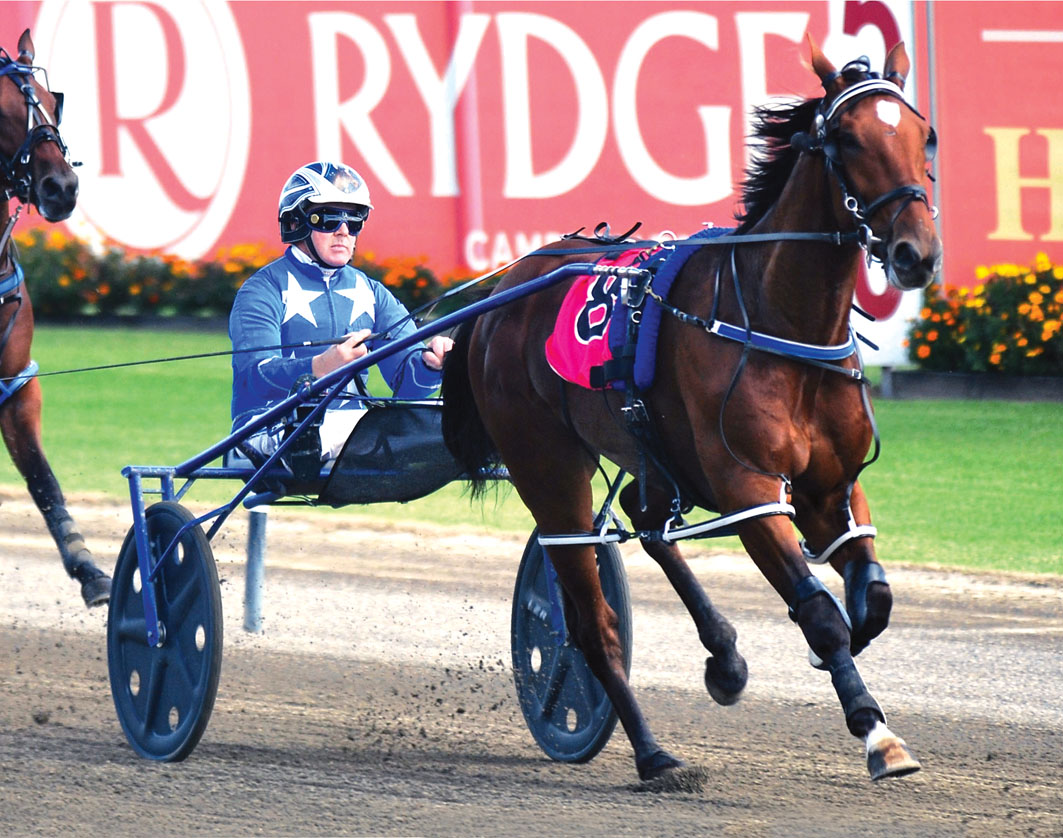 DESPITE being tasked with the widest alley, Sicario has opened as the post-draw favourite for tomorrow night’s New Zealand Pacing Derby with TAB bookmakers....

DESPITE being tasked with the widest alley, Sicario has opened as the post-draw favourite for tomorrow night’s New Zealand Pacing Derby with TAB bookmakers.

Aside from being in the country’s premier stable, the son of Somebeachsomewhere has the best credentials, having run a close second to absent stablemate Chase Auckland in the Northern Derby last month.

Purdon will stick with Sicario, while Rasmussen will pilot Anthem, who has been a massive shortener in markets after being as long as $26 a few weeks ago.

Purdon will be shooting for his third New Zealand Derby win in a row as both a trainer and driver after winning the last two editions with Lazarus and Vincent.

An Australian Pacing Gold purchase, Sicario showed impressive gate speed to lead in the Northern Derby Prelude three starts ago, but he will be unlikely to cross noted speedsters Pat’s Delight and Alta Maestro this time.

Purdon will also carry the support of punters in the New Zealand Trotting Derby earlier in the night after the filly, Luby Lou, opened a $3.80 elect with bookies, despite racing the boys.

Hoping history can repeat itself
New trotting award announced by HRA
Oh, what a night!
Money not received because of what?
About author