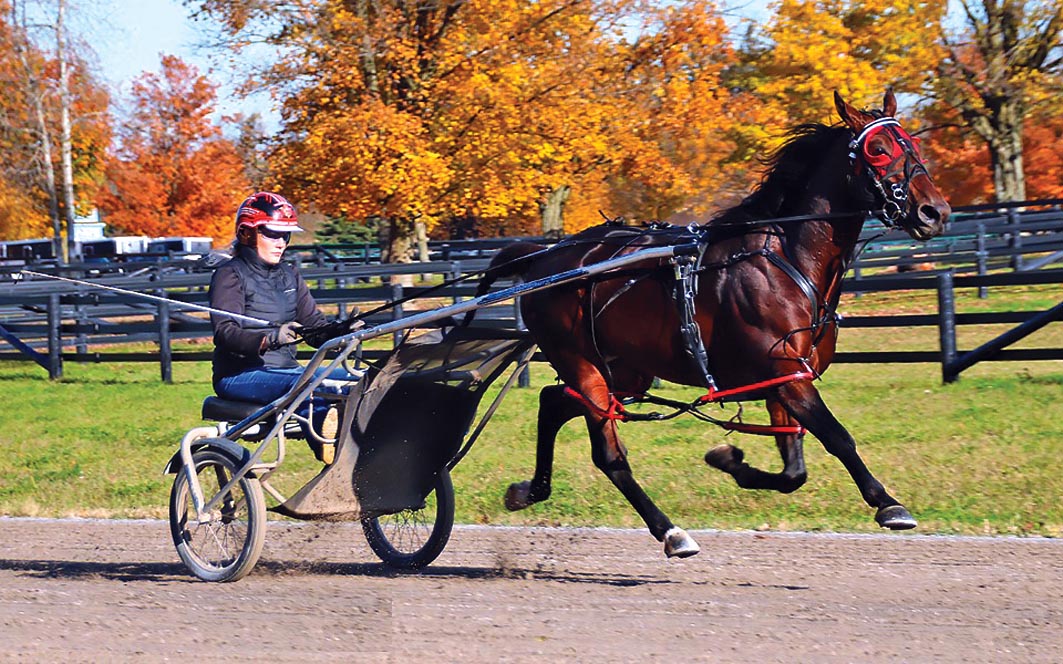 Camilleri, who put her law career on hold to train horses, did not grow up in a racing family but rode horses until she was 15 when her family moved from the country to the city.

Missing her riding horse she asked a neighbour if she could “muck stalls for free” just to be around a barn again.

Camilleri grew up in country New South Wales and learned to drive horses by taking the neighbour’s standardbreds down the side roads to the nearby track.

A decade ago Camilleri experienced her first stint in America with her own stable before returning to Australia 18 months later to complete her law degree.

After practicing law for five years, Camilleri realized she missed the horses which led to her making a decision to head back to America to train harness horses.

Based at Gaitway Farm in New Jersey, this is Camilleri’s first full year back training while racing primarily around the Northeast.

Camilleri packed up her entire stable last August and shipped to Lexington to give Dancin Lou the benefit of the Red Mile Racing / Kentucky Sires’ Stake opportunities.

Evidently that gamble paid off as the son of Sweet Lou has drawn barrier four in the $600,000 Final.

One last outing before a well-earned break
Aussie back in action in USA
Threat to throne comes from those closest
He makes me look good, says Painting
About author