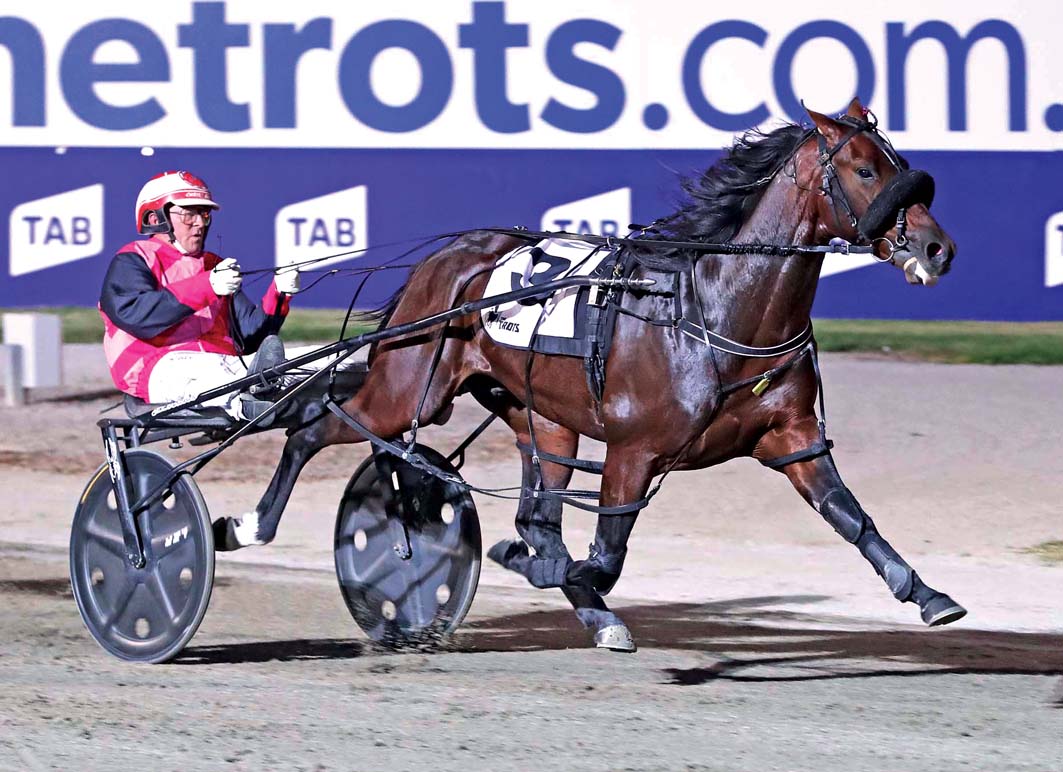 AS SHE has on numerous occasions, premier horsewoman Emma Stewart made a clean sweep of a race series’ heats at Tabcorp Park Melton last...

AS SHE has on numerous occasions, premier horsewoman Emma Stewart made a clean sweep of a race series’ heats at Tabcorp Park Melton last night.

Appearing to have access to an endless supply of talented pacers, Stewart has dominated qualifiers in recent years, with her stock going on to capture the various Finals, including running quinellas and trifectas!

This time around Stewart secured the three Australian Pacing Gold heats, with each of her winners heading into the Group One decider with a perfect record.

Winner of his four starts, Centenario led throughout from barrier two to score by 10 metres from Fides, with Soho Thunderstruck a metre-and-a-half away third.

“I said before the race he was the stable’s best chance in the heats and it remains the case going into the Final,” Stewart said. “Everything he has done so far has been spot on and he’s getting better with each start.

“He’s a very nice type which has a lot going for him.”

Driven by Chris Alford, the son of Americal Ideal rated 1:55.4 over 1720 metres, with his time 2.3 seconds quicker than his stablemate, Hurricane Harley.

Also driven by Alford, Hurricane Harley began quickly to lead from gate three before accounting for Major Exclusive and Fourbigmen, which is a stablemate of the winner.

Successful at his two starts, the colt is expected to be a major improver during his next outing.

“He’s got so much raw ability,” Stewart said. “It’s all coming natural to him.”

Hardhitter rounded out the APG onslaught when he also set the pace on his way to a two-and-a-half metre win from Arggghhh, with Young Rooster three metres away third.

“Like the other two, there is a lot to like about Hardhitter,” Stewart said. “He’s also going to bet better again by the Final.”

Yo Adrian, you did it!
Looking to dance his way to victory
Pacing sensation chasing slice of history
High on faith, low on confidence
About author