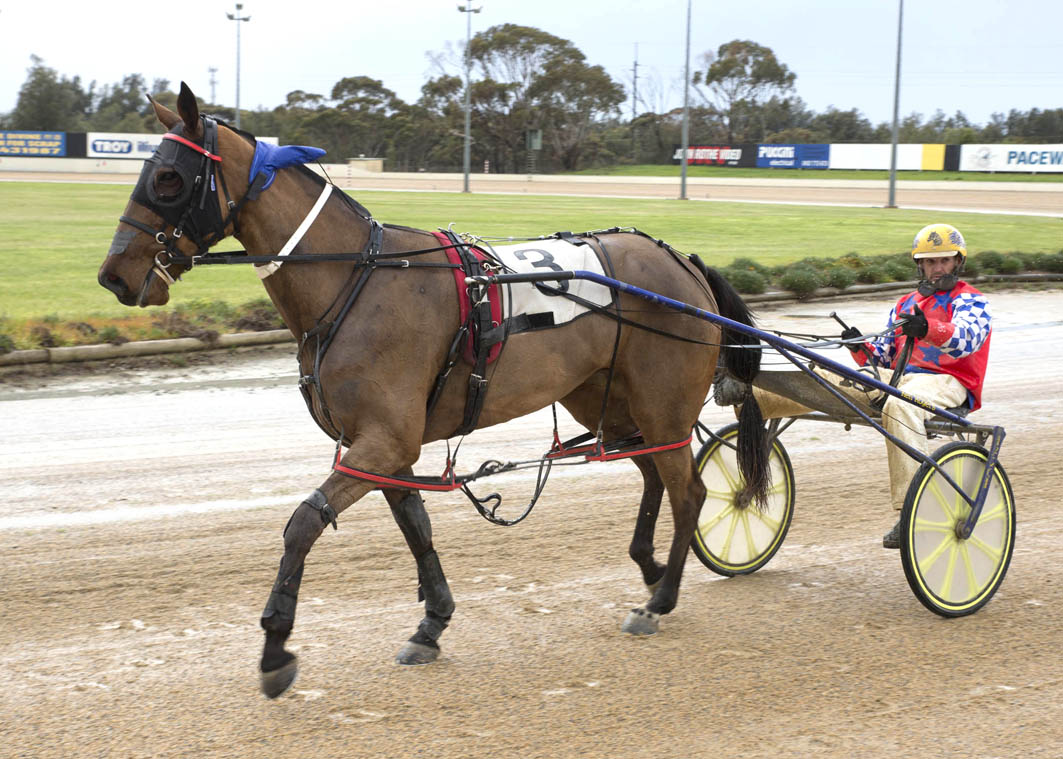 AN AWKWARD draw has dented trainer Aaron Bain’s confidence with Melodys Daughter ahead of Saturday night’s Port Pirie meeting. Although the well-bred daughter of...

Although the well-bred daughter of Art Major is unbeaten from two starts, Bain admits he is less than positive Melodys Daughter can maintain her perfect record.

Three-year-old will begin from barrier five, with the favourite, Waitpinga Poppy, drawn the pole.

“She’s a nice filly, but is not a brilliant beginner,” Bain said. “From there I’m concerned she will settle towards the back of the field over the short trip.

“Waitpinga Poppy is very quick and will lead from there. Ideally we would settle on his back as she has a good finishing sprint.

“She’s very green and immature, and we knew she needed time when we bought her in December, but she has stepped up each time we’ve asked.”

Winner of a Breeders’ Crown heat at Globe Derby earlier this week, Melodys Daughter won’t contest the balance of the series, but remains on target to head interstate during the next few weeks.

“She won’t go in Breeders’ Crown as she’s not up to it just yet,” Bain said. “We’ve been patient with her all along and it’s paying dividends, so we won’t be changing that.

“I do hope to pick up a Vicbred bonus with her before the season’s end, so we’ll cross the border at some stage.

“Next week’s Mermaid Stake is also part of the plan with her.”