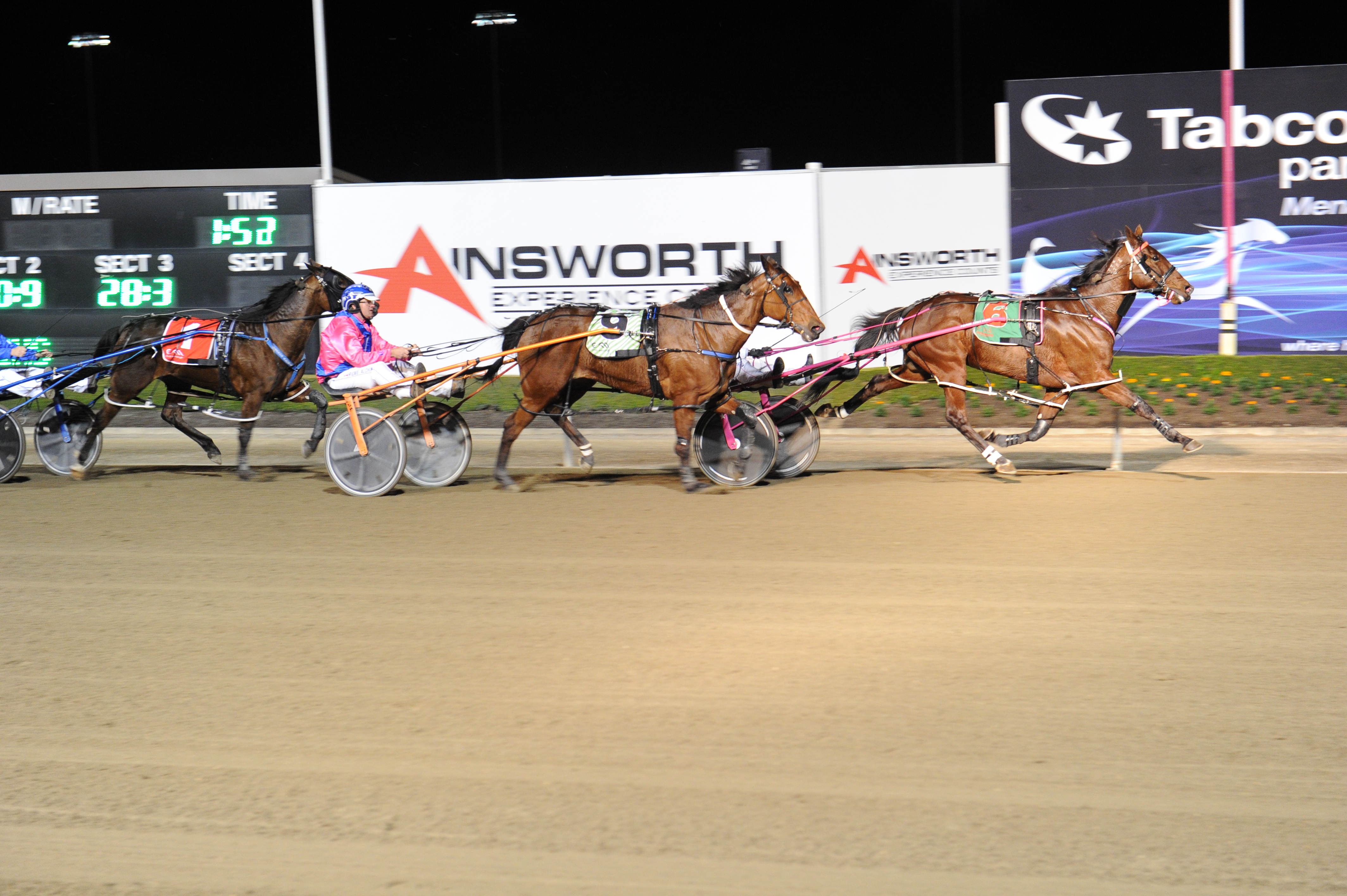 Back in the gig and back for a win

Trainer Shane Tritton and his wife Lauren returned to their winning ways in feature races on Saturday at Club Menangle, with a victory in the Group Three St Johns Park Bowling Club A Piccadilly Princess Stakes.

The six-year-old mare rounded up the field around the outside to take the lead entering the back straight.

Dictating the pace of the race from the front, the daughter of Bettors Delight opened up a gap and held off the challenge of eventual runner-up Delightful Jade to win by 2.4 metres.

Barnes notched the first leg of his double with the veteran Cold Major ($2.20) for trainer David Aiken, over the extended distance of 2300m.

The nine-year-old showed good gate speed to take an early lead which he surrendered briefly, before regaining the front position approaching the home straight for the first time.

Barnes closed the meeting with a winner for trainer Troy Williams in the final race.

Grabbing his double with Iona Grinner ($17.30) in the trotters’ standing start race, Barnes made his move as the field straightened out in the final 100m.

Sneaking up along the pegs, Iona Grinner put his nose in front of the long-time leader Maorisfavouritesun and sprinted away to win by more than 4m.

The five-year-old continued to show some fine form, winning for the fourth time in his five previous starts.

Another horse returning to the winner’s circle was Lord Zin Zan.

Driven by Todd McCarthy for his father John, the six-year-old son of Bettors Delight grabbed his 14th win from 46 starts.