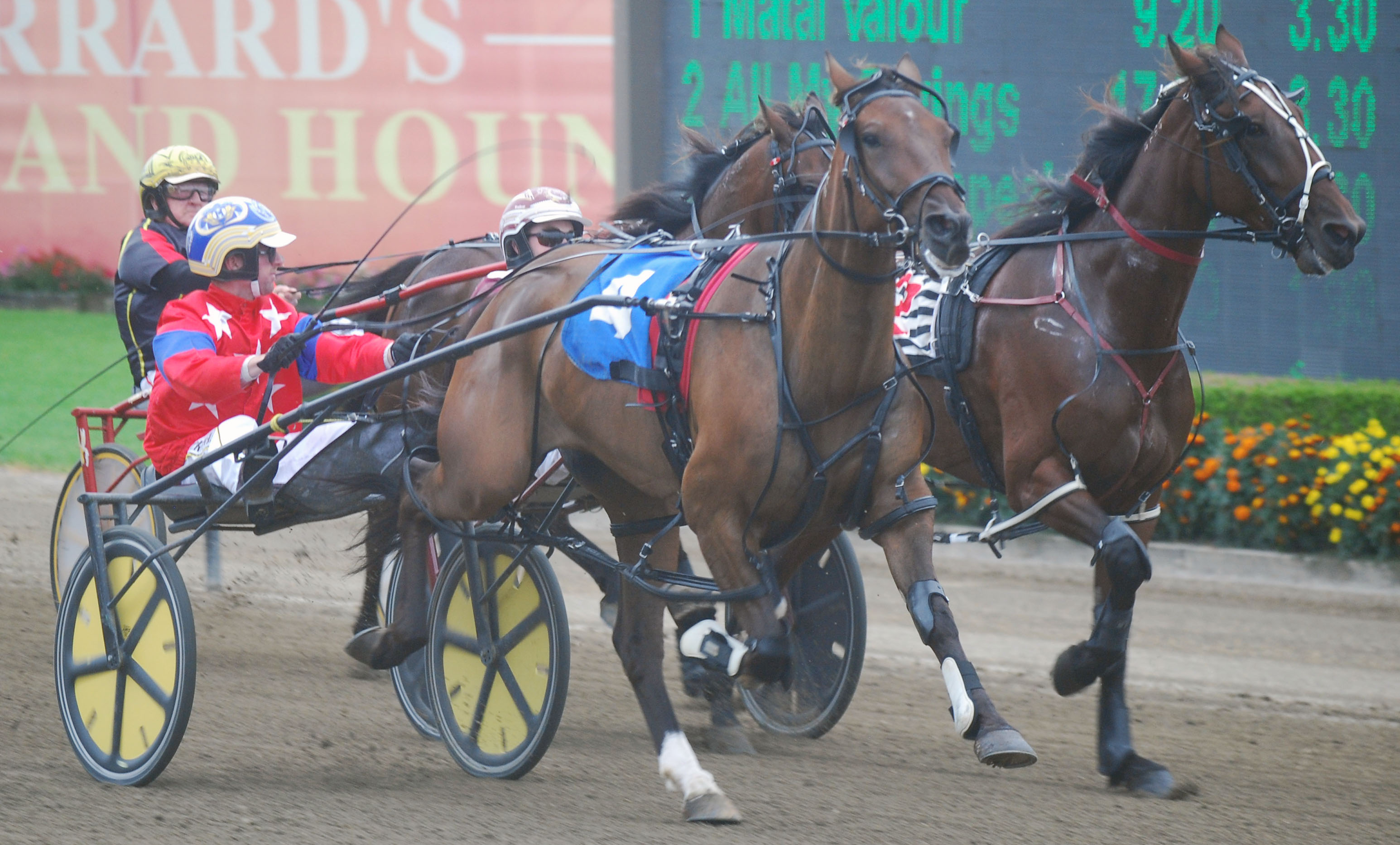 Back to earth for Cameron

Cameron Hart17 Whereyabinboppin5
IMPRESSIVE young reinsman Cameron Hart learned what it must be like to drive a harness racing ‘Rolls Royce’ at Menangle on Saturday night. The...

IMPRESSIVE young reinsman Cameron Hart learned what it must be like to drive a harness racing ‘Rolls Royce’ at Menangle on Saturday night.

The former Riverina reinsman was fortunate enough to be the new pilot of the state’s latest ‘boom’ pacer Whereyabinboppin, who rated a stunning 1:50 in scoring a 9.6m win at his first start for the Shane Sanderson stable.

After just one drive Hart rates the four-year-old pacer as something special and he’s looking forward to building a strong association with the son of Rocknroll Dance.

“He has that much speed, he sort of surprised me,” said Hart.

“I knew he was a nice horse, but he really impressed me the other night.

“He’s definitely up there with some of the better ones I’ve driven, just because of his sheer speed.

“Actually, he might be the quickest horse I’ve driven, that’s for sure.

Hart is just as buoyant about his prospects at Menangle today where he will have four drives on the eight-race card.

And while none of them are probably in the same ballpark as Whereyabinboppin, Hart still feels he can make his presence felt at the meeting.

His first drive, experienced square-gaiter Viksun in Race 1, should be right in the mix, according to Hart.

“She was a bit unlucky last week and probably goes a bit better when she’s driven with a sit,” he said.

“She’s very consistent and today looks to be a slight drop in grade for her and she should be hard to beat, especially if we can get across to the fence.”

Hart said Revy Jay (Race 3) impressed in scoring last week and was a handy mare – even though the field was a touch harder and Rolling Secret would be tough to beat.

“I think with a sit she will also race even better and be thereabouts.”

Hart said Sals Luck (Race 4) was a bit unlucky last week and her run was actually better than it looked.

His last drive for the day, Jonah Jones in Race 8, has been consistent in the ‘claimers’.

“I won on him five starts ago and he impressed me, and it was a good run when he was second to Controversial and I think he’ll be thereabouts with the right trip.”