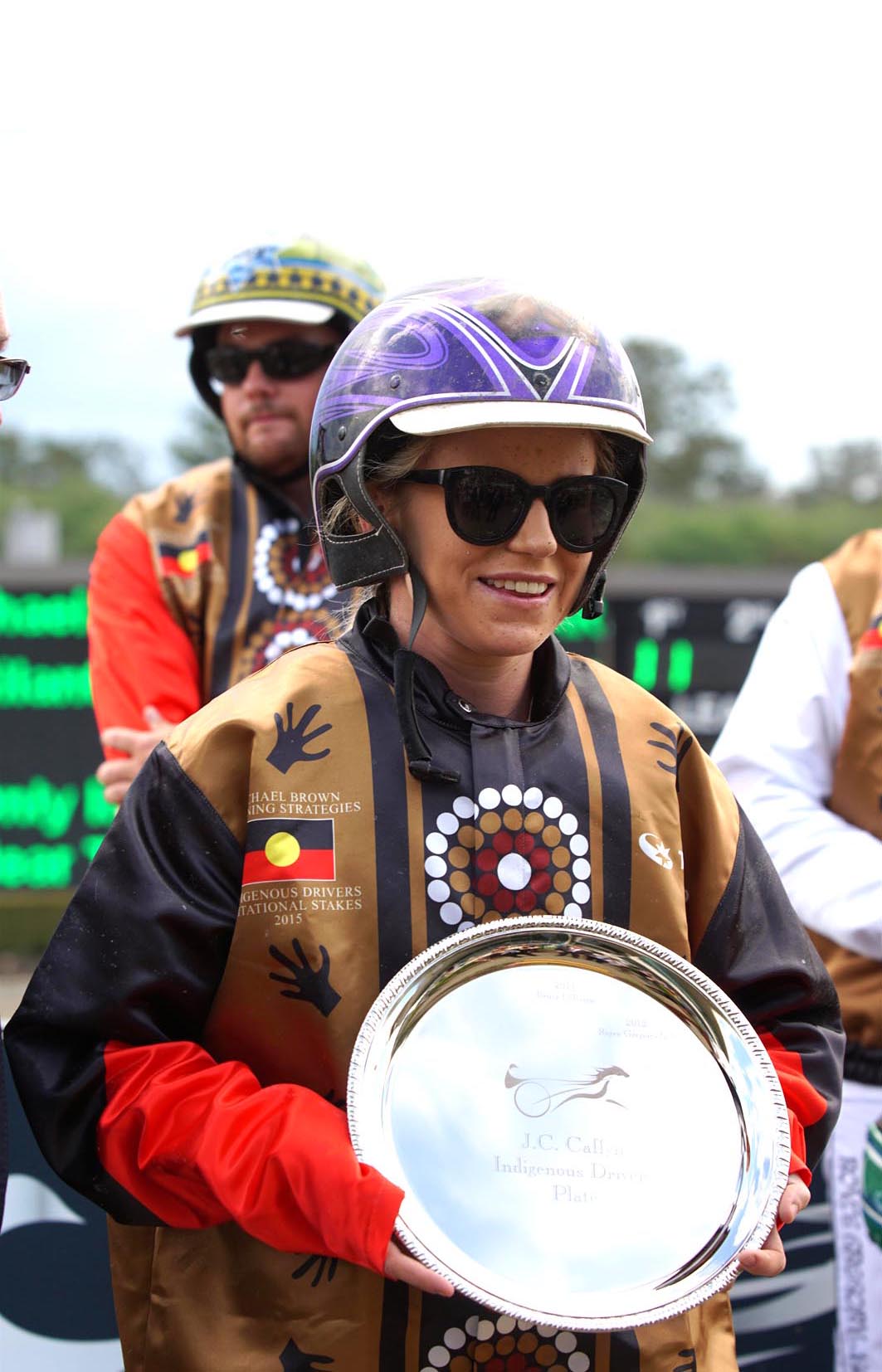 Back to reclaim sentimental silverware

POPULAR reinswoman Jess Prior hopes to reclaim a sentimental piece of silverware at Tabcorp Park Menangle on Sunday. Prior will head to the world...

POPULAR reinswoman Jess Prior hopes to reclaim a sentimental piece of silverware at Tabcorp Park Menangle on Sunday.

Prior will head to the world class facility to compete in the Indigenous Drivers’ Plate – a feature she secured in 2015.

Victory will also see Prior become just the second person to register multiple wins in the event.

Prior, who has Indigenous bloodlines on her maternal side, made her debut in the feature in 2015 to score with Cilantro, which overcame a second row draw.

This time around Prior will partner in-form gelding Rolling Along, which should settle prominently from barrier three.

Acknowledging the depth of the horse flesh and driving talent, Prior is quietly confident she can add her name to the honour roll for the second time.

“He is racing really well for Lauren and Shane (Tritton) and has a good draw,” Prior said. “He’s got a solid chance, but there are a few good ones in there.

“The quality of horses in the race has definitely gotten better throughout the years, which is terrific of the owners and trainers to show such great support.

Following her grandfather Lance Prior into the industry, Prior helps her trainer-uncle Terry Powter while also performing her duties as a mum to Ayla.