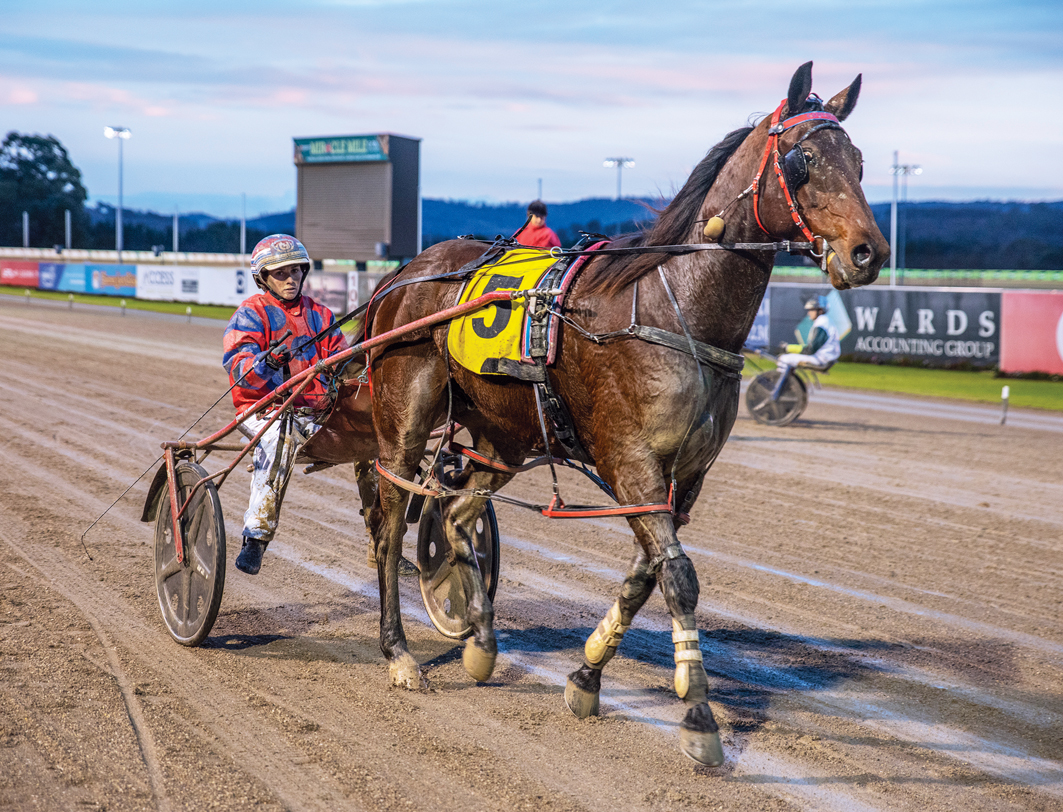 Back to reclaim throne

HAVING missed last year’s Final, Conviction is ready to reclaim his throne. Successful in the New South Wales Breeders’ Challenge as a two-year-old, Conviction...

HAVING missed last year’s Final, Conviction is ready to reclaim his throne.

Successful in the New South Wales Breeders’ Challenge as a two-year-old, Conviction enjoyed no luck in his semi-final last term, which saw him fail to gain a berth in the Group One decider.

At Tabcorp Park Menangle on Saturday night Conviction will once again tackle a semi of the futurity, with trainer Steve Turnbull confident the gelding can progress to the July 1 Final.

“Nothing went his way in the semi last year, so hopefully that won’t be the case this time,” Turnbull said. “He is in good form, been working well and is ready to run a big race.

“The early concern is the draw, which hasn’t done him any favours.”

Winner of three of his last four starts, Conviction has drawn barrier 11, but comes into nine with the removal of the emergencies.

“He’s racing well at the moment and it would be nice if he could win, but he will find it tough from that draw,” Turnbull said.

“If gets the right run will should get into the Final and then hope for a better draw in that.”

Turnbull has five representatives in the two semis, with Hidden Courage joining Conviction.

A last-start second behind his stablemate El Gran Senor, which followed a pair of wins, Hidden Courage will come from gate nine.

Bradness Eldefuego, Joes Star Of Mia and Atomic Red will contest the second qualifier, with the trio also drawing poorly.

Bradness Eldefuego has barrier seven, Joes Star Of Mia will begin from nine, with Atomic Red drawing the outside of the front line.

“The draws across both semis haven’t been all that kind,” Turnbull said. “We’ll be needing the right runs on the night.

“Conviction, Atomic Red and Joes Star Of Mia would be the three main hopes.

“ The other two will be relying a little more on luck, but they are capable and doing a good job if things go their way.”

Big brother shows the way
Russo making his mark at ‘The Big M’
Mick Ko’cass with the Late Mail for Menangle...
Jack top ranked Aussie for Trotters’ Inter
About author