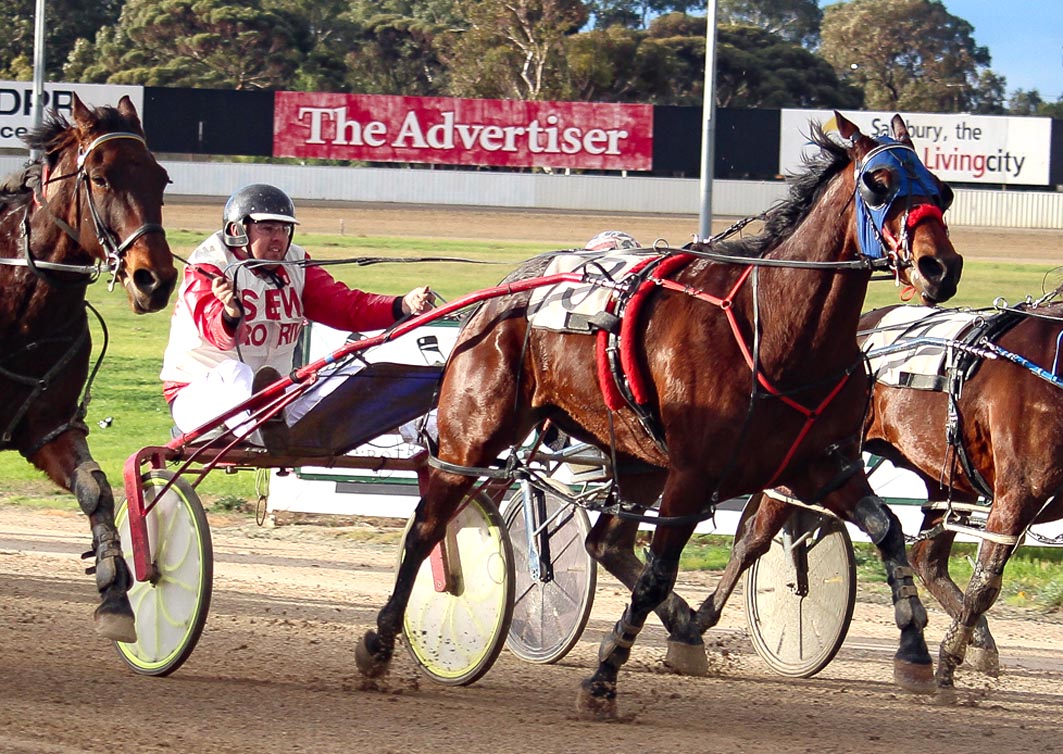 I’M RAPT….happy to get the monkey off my back! After two years, 62 drives and several near-misses, Matt Bailey has broken his maiden status....

I’M RAPT….happy to get the monkey off my back!

Driving Celestial Daybreak, Bailey made his way into the winners’ circle at Globe Derby yesterday after the son of Dawn Ofa New Day caused a major upset at $30.40 on the tote.

“I was just so thrilled to finally get my first winner,” Bailey said. “Even though I knew I had won, it didn’t sink in straight away.

“Once I was back in the stalls and took it in, it felt surreal.”

Leading throughout from barrier three, Celestial Daybreak was forced to dig deep during the latter stages to score by a half-neck from his stablemate Just Read My Mind.

In a ‘blanket’ finish, Addarichone was a metre away third.

“It got close at the finish and I was hoping I wouldn’t get pipped on the post again,” Bailey said. “I’ve been beaten right on the line several time and a few times I’ve started to think I would never get a win.

“This time we were able to hang on and it is a great feeling. I cannot thank Shane enough for this as he has been good to me by giving me quite a few drives.”

While he enjoys driving, Bailey, who works at a local piggery, hopes to forge a career as a trainer along with his partner, Ashleigh Smith.

“We have three in work and Ashleigh is a huge help,” Bailey said. “She does so much with our small team while I’m at work.

“Long term I would love to become a full-time trainer, so we are open to having more horses in the stable.”