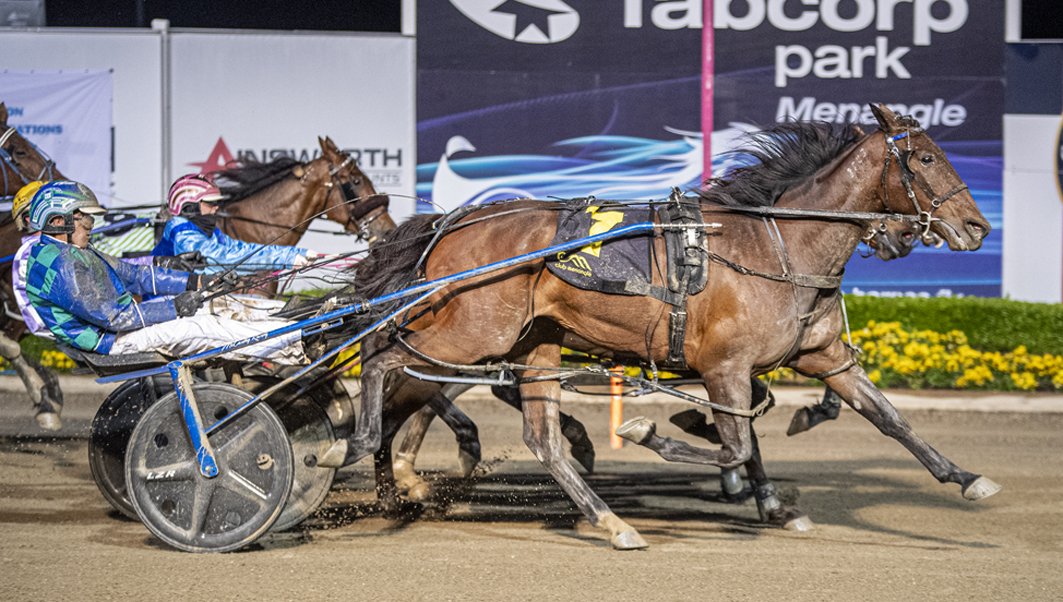 NEW South Wales horseman Craig Cross is hoping for a ‘banner’ time in Redcliffe tomorrow night. Cross has two runners on the card, with...

Cross has two runners on the card, with each among the favourites despite their second row draws.

Successful at four of her five starts this season – including her last three – Island Banner is engaged in the opening event.

“The draw on the smaller track doesn’t help, but at least she is off the pegs and can hopefully follow through from the second line,” Cross said.

“With a bit of maturity she has come back in great form this season and hopefully that will continue on the weekend.

“If she gets the right run at them I can’t see any reason why she can’t win again.”

Cross will then be represented by Zahven Banner, which will also begin from barrier eight.

Geary is set to take the reins behind the gelding which has three wins and two placings from five starts for the term.

Zahven Banner led throughout to trounce his rivals in 1:50.8 at Albion Park last weekend.

“He went enormous last Saturday night,” Cross said. “It’ll be a little different this time from the back row on a smaller track, but he will take some holding out.

“Like Island Banner, he just needs a clear run at them.

“They will both stay in Queensland for another week and them return for some local racing at Menangle.”

Spectacular Petacular Crown celebration
Harjeet hard to beat…yes it rhymes!
Chasing Group One glory in honour of late owner
‘Invaders’ springing up in the Riverin...
About author